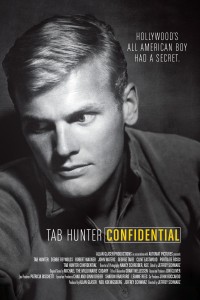 Nothing is off limits in director Jeffrey Schwarz’s riveting new documentary, “Tab Hunter Confidential.” Based on the 2005 memoir of the same title by the 1950s film heartthrob, the actor, singer and author takes an unflinching look at his career as a closeted Hollywood star, from his unsteady film debut and his first screen kiss with beauty Linda Darnell in 1952’s “Island of Desire” to his equally passionate lip-lock with People magazine’s “Drag Queen of the Century” Divine in John Water’s gleefully subversive “Polyester” in 1980.

The critically acclaimed doc screens Saturday, October 3 at 6:10 p.m. as part of the Out on Film Festival at Landmark Midtown Art Cinema, just ahead of its Oct. 16 national theatrical release.

Schwarz, the director of 2013’s “I Am Divine” documentary, knows his way around a good story and his collaboration with Hunter and the actor’s longtime partner, Hollywood producer Allan Glaser is illuminating as it details the carefully cultivated innocence of 1950s Hollywood, down to the wholesome studio- arranged dates between stars. Even if, like Hunter, you were kissing Debbie Reynolds goodnight on the cheek and then heading across town for a less chaste late night rendezvous with rising Hollywood star Anthony Perkins. 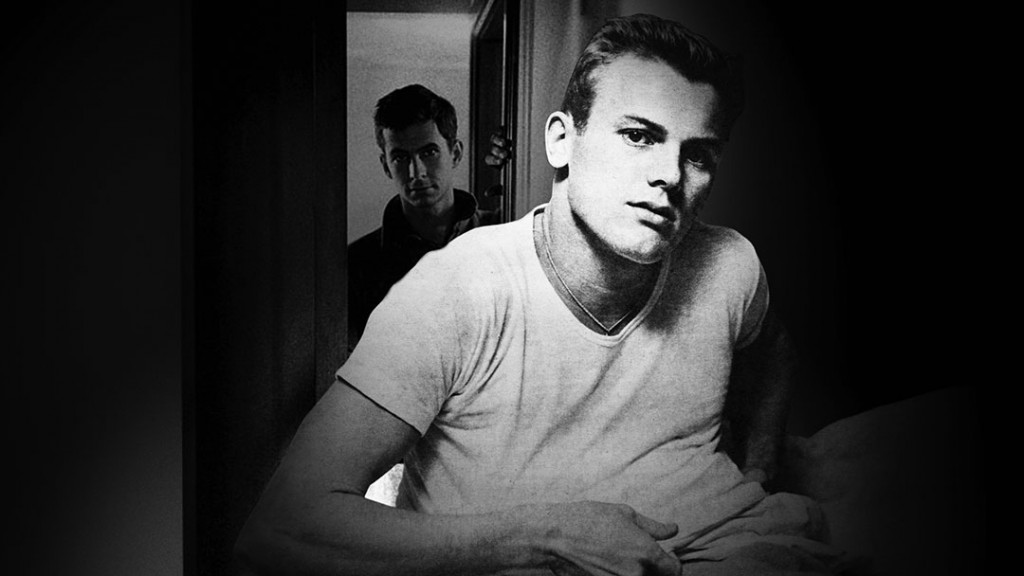 In an interview with Eldredge ATL, Schwarz was as open, fun and forthcoming as the now 84-year-old subject of his film.

Q: What started you on the path to this Tab Hunter doc?

A: I first met Tab and his partner Allan Glaser when I was filming interviews for my last film, “I Am Divine.” We got along great, I adore Tab Hunter and I had read his book “Tab Hunter, Confidential.” I always thought his life would make a fabulous documentary. I pitched the idea to them and it turned out they were already thinking about making a documentary of Tab’s life and they liked my work so it all came together. We first decided to work together six years ago. It’s been a long journey getting it to the screen. We’re all very happy it’s finally arrived. 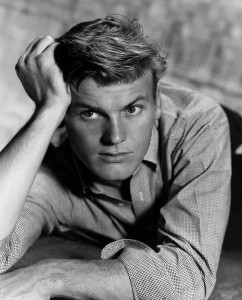 Q: Whenever someone’s life partner is an executive producer on a film, the skeptic in me tends to begin questioning the authenticity of the project. But Tab Hunter’s unvarnished honesty in this film continues to surprise and enlighten viewers throughout this doc. How did the emotional layers of that reveal itself to you during the shoot?

A: For Tab, it was a long process. He was deeply closeted in his public life. He did not want to talk about it. He was brought up in a time when things like this just weren’t discussed. There were severe consequences if you went public with matters like this. Nobody would dream of going public about their sexuality in the 1950s or 1960s. As time went on, times changed and in his book, Tab was amazingly upfront about leading this double life. The response to that was so positive, when it came time to do the documentary, it was actually Allan Glaser who convinced Tab to go further. It was really an act of love on Allan’s part to secure Tab’s story for future generations and secure his legacy. Also he’s able to share his story with younger people who might not be familiar with Tab but will be able to identify with his story about trying to come to terms with his sexuality. It’s something that people continue to struggle with.

Related  'A Journey of Love and Loss': Jamie Chung Discusses Her New Film '1985'

For people in Tab Hunter’s generation, many are now living openly and freely but still carry that sense of “this is a secret that needs to be kept.” It’s something that’s difficult to overcome. You can see that several times in the film with Tab where he’s squirming a little bit. That’s part of the tension of the film. He’s ambivalent about this all being public but he recognizes the importance.

Q: Were there any interview segments you shot where his candor surprised you?

A: It’s one thing to reveal something in a book. It’s quite another to reveal it to that giant beast of a camera staring at you. It’s a bit like a confessional. There was some discomfort but as an interviewer and a filmmaker, I had cultivated a relationship with Tab and with Allan before we started filming so by the time we started shooting, he knew I had his back. He knew it wasn’t going to be salacious in anyway.

Q: Going into this, I was completely unfamiliar with Tab Hunter’s film debut, 1952’s “Island of Desire.” Just wow. It looks like a complete hoot. Have you seen it all the way through? 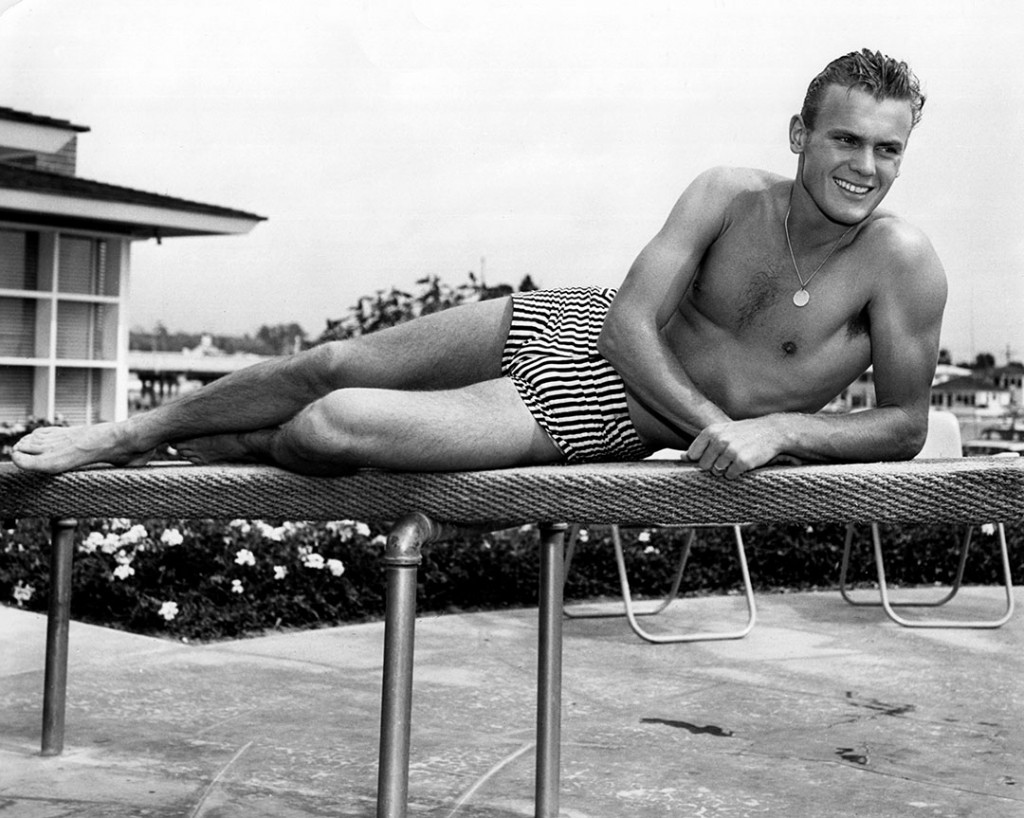 A: (laughs) Yeah, I would recommend it. I can’t say it’s a great movie but it’s Tab before he’s had the training he needed to become an actor. He’s really a boy in that movie. He was ill prepared for a starring role. He was cast opposite Linda Darnell who isn’t that well known now but was a major star at the time. He must have been scared shitless. He had his first screen kiss in a starring role with Linda Darnell! That was huge for him. The more you know about Tab, the more fun that movie is to watch. It’s also a good measuring stick to use to compare how much better he got, even a couple of movies later. Plus, it’s in glorious Technicolor and if you can find it, it’s a lot of fun.

Q: I love that you got Tab’s contemporaries Clint Eastwood and Robert Wagner, who were all coming up together in the 1950s, to discuss him and his work. These guys were all cutting their teeth at the same time. Was it important for you to put Tab’s career into proper context for modern movie fans? 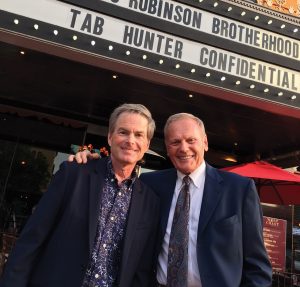 A: Oh, definitely. One of the great things about making this movie was that we got to interview Tab’s friends from that golden era of Hollywood. There are only a few people left who can speak to that. Robert Wagner and Debbie Reynolds were two of those people. They’re not really ever asked to discuss the secret lives of gay stars either. They all knew what was going on. Robert Wagner knew and was very gay friendly. Debbie Reynolds didn’t know at the beginning but she figured it out. It wasn’t a subject that was talked about. For many of these starlets, Tab was just a great date on these studio-arranged outings and he was a lot of fun to be around. He also wasn’t trying to get into their . . . he wasn’t making passes at them all the time. He was the sweetest guy you could possibly have as a friend.

Q: At one point in this doc, Tab Hunter says, “I’m very happy to be forgotten.” As a filmmaker now making the festival rounds with this in 2015 that doesn’t exactly make your job easier. Has that been a challenge? 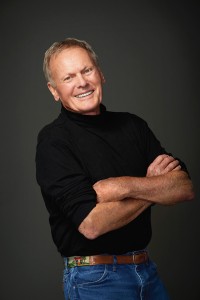 A: Tab may say that but I don’t believe he should be forgotten and neither does Allan or his many fans. The festival circuit has been great because we’re seeing different generations of people come out to the screenings, all responding to it. You see the people who grew up with him, both female and male, who are still in love with him. You’re also seeing the people who are my age and slightly older, who know him from the [1980] John Waters film “Polyester.” And then you’re seeing these younger kids who this is all new for them. It’s fun to see Tab being embraced by all these different generations. It’s necessary for him to understand that, whether he likes it or not, his story is important.

“Tab Hunter, Confidential” screens Saturday, October 3 at 6:10 p.m. as part of the Out on Film Festival at Landmark Midtown Art Cinema, Monroe Drive in Midtown. For tickets or more info, go to outonfilm.org.