MetroFresh Celebrates 10 Years with the Release of “Food & Thought” Cookbook 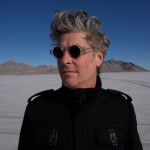 Editor’s Note From Ed Roland: “I’m so proud of Mitchell Anderson, not only for writing this new cookbook but for 10 years of success at MetroFresh. He’s so focused and has worked his ass off and put so much love and energy into everything he does. In the early years of MetroFresh, the coolest thing was waking up and seeing that daily email from Mitchell about what’s on the menu and what’s going on in his life. That gave MetroFresh such passion and soul. It just makes you want to go eat there. It makes everything taste better.

My go-to always is his signature Mitchili turkey chili. I also really love the butternut squash soup. We load up too. We buy whole pints and freeze it. As a band, we take it on the road with us. For us, it’s a little taste of home.

Mitchell and [his partner Atlanta salon owner and photographer] Richie [Arpino] are the perfect couple. They’re complete opposites. That’s what makes it so much fun to be around them. You’ve got Richie’s energy and creativity but when Richie wears you out, you’ve got sweet Mitchell there to talk you down! They’re really wonderful friends and we’re so excited to celebrate this milestone with them.” 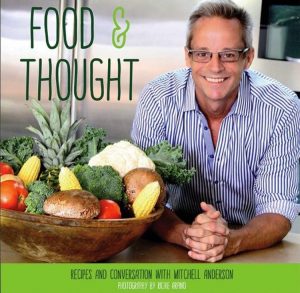 Before most theatre productions officially open, there’s a lively creative process that occurs in the life of a play. The blocking and lighting get reimagined, actors can refine just the right wacky accent, the playwright can road-test fresh bits of comedic business and the costume designer can whip up a brilliant dress alteration for that pivotal final scene. And then, just before opening night, the show “freezes” and all lines and actions are set in stone.

Over the past 10 years in the kitchen at MetroFresh, the show, along with the food, never freezes and that creativity and experimentation— even with the restaurant’s most beloved recipes — is ongoing. And it’s all exactly the way the Monroe Drive restaurant’s chef-owner Mitchell Anderson, who, perhaps not coincidentally, started out his professional life as an actor, likes things.

The only snag to all that unbridled creativity? Attempting to write down and scale back those much-requested recipes for your first cookbook. Lucky for the restaurant’s many fans (dubbed MetroFreshuals), Anderson took on that daunting challenge. The result is “Food & Thought: Recipes and Conversation With Mitchell Anderson,” his first cookbook that will be unveiled Sunday night, October 4 at MetroFresh’s 10th birthday celebration from 5 to 8 p.m. 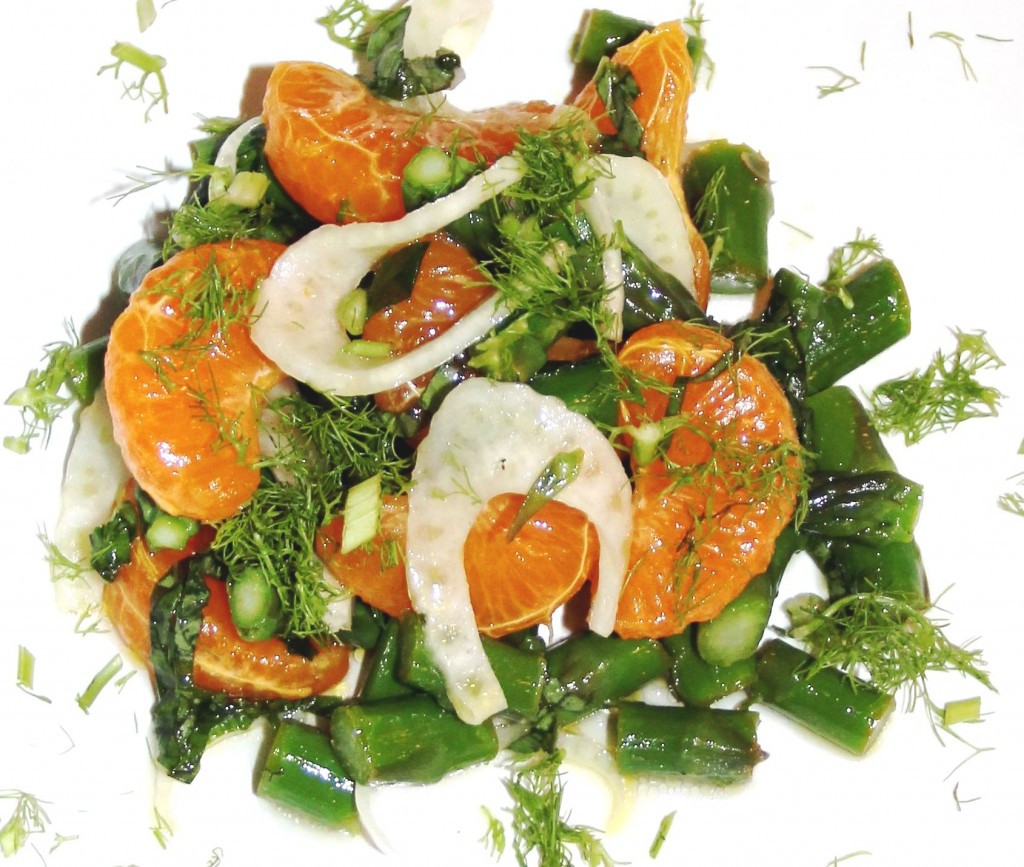 “I always felt a twinge of guilt when I would get that email asking, ‘May I have that recipe?’” Anderson concedes laughing. “The truth is, and I say this in the introduction to the book, there is no recipe. We make it up as we go along. I approach cooking like painting. It needs a little of this, it needs a splash of color, it needs a little of that. You just know when it’s finished. Translating that into a set of recipes for a cookbook took a long time. Plus factor in that each dish we make here is about 150 servings. Scaling that back for home cooks who are making dinner for a family of four was really challenging. I don’t measure. I just throw things in. That’s how I cook but most people really want to know if it’s a half-teaspoon or a whole teaspoon!”

Learning to cook with your eyes as well as your tongue was a technique Anderson first learned from his mentor Jenny Levison when he went to apprentice at her popular Buckhead Souper Jenny restaurant 12 years ago before embarking on his own culinary career. Levison provides the Foreword to “Food & Thought.”

“Jenny taught me the importance of color,” Anderson reflects. “I can have a salad with a lot of beta-carotene rich dark greens and it can be the best tasting salad in the world but unless it’s visually appealing to the customers in line, it will just sit there. But whenever you have a salad in that case that has a depth, richness and a variety and contrast of colors, that’s when people are attracted to it. The best lesson I got from Jenny working in her kitchen was when she looked at what you were doing and said, “It needs something red.” She never said, “Go get some dried cranberries.” It wasn’t about limiting your creativity, it was about creating something vibrant. I’ve now passed that lesson onto the chefs in our MetroFresh kitchen.” 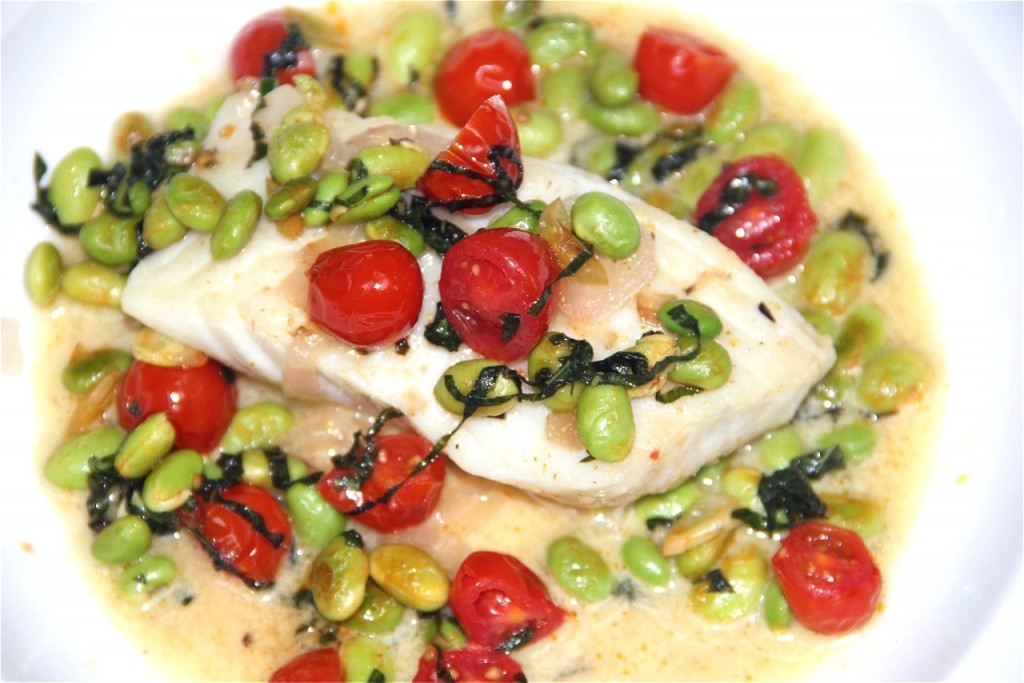 Anderson’s goal for “Food & Thought” is to provide regulars with their favorite MetroFresh recipes (think Mitchili, the basil vinaigrette salad dressing, and beef lasagna soup) but also a launch pad for their own creativity. Says Anderson: “The idea is to get people to flip through the book, look at the pictures, look at the ingredient lists, select a recipe and say, ‘The Jamaican Black Bean, Pork and Pineapple Soup looks great but maybe I’ll use mango and make it spicier.’ I just wanted to give people a starting point. That’s exactly how we do things here each day.”

The restaurant’s amazingly loyal staff, from Executive Chef Bryan “Rockstar” Kraatz to Assistant Chef Tio Miguel and General Manager Sarah Kraatz, is front and center throughout the pages of “Food & Thought.” “You can’t have a successful business for 10 years without a dedicated staff working beside you each day,” says Anderson. “That’s why everybody’s recipes, everybody’s stories are part of the book. Bryan has been with me eight and half years and Tio has been with me seven and a half years. 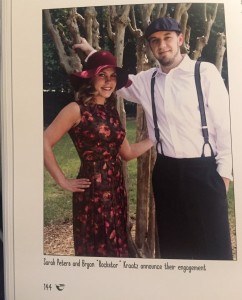 Bryan used to make his now-wife Sarah a special breakfast each morning. It’s on our menu and in the book as Sarah’s Breakfast Special. The staff’s creative input is what makes the food great. Then you come out front and you’ve got these amazing personalities that customers interact with. When we hire at MetroFresh, we’re looking for a point of view, an opinion and a sense of fun.”

That sense of fun sometimes results in an album cover for one of the city’s most famous bands, too. In 2007, Anderson’s longtime partner Richie Arpino (who shot all of the food photography for “Food & Thought”) had an assignment to shoot images for Collective Soul’s upcoming “Afterwords” album. During a late afternoon lunch break at MetroFresh, Arpino shot a playful portrait of the band that was such a hit with Ed and Dean Roland, it became the album’s cover. A framed copy of it now hangs in the MetroFresh hallway.

“It was completely serendipitous,” recalls Anderson, who was in the kitchen that afternoon. The guys were just sitting there, enjoying their soup. The way they were positioned, it was so perfect.” 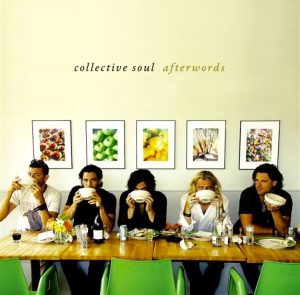 Adds Ed Roland: “That album cover is one of my favorites. It just captured us perfectly. Nothing was feeling right that day for some reason. We were all being a bunch of little bitches. I said, ‘Let’s just go get some food.’ For some reason, we all got soup. I leaned over to Richie and said, ‘Just start taking pictures.’ Richie said, ‘Hey guys’ and everybody looked up with their bowls. It beautifully captured everyone’s personality. You had Dean on the end, looking like he’s asking ‘What?’ my face is buried in the bowl because I’m eating as much as I can as quickly as I can and you’ve got Will on the other end, just looking cool. We didn’t shoot anything else. I knew we had the cover.”

Rock star album covers aside, Anderson is most proud of the community that MetroFresh has built over the past decade in the now-bustling Beltline neighborhood surrounding the Midtown Promenade shopping center.

“We were on the front edge of that curve 10 years ago and how great is it that people are now committed to eating this way,” he explains. “It’s interesting to watch the mothers and fathers who come in who have weaned their children on our food. Their kids will pretty much eat anything on our menu: kale, beets, you name it. We have many, many families who have been coming in since their children were born and they’re grown up eating our food. It’s mindboggling. I’m so proud of that unique place MetroFresh has in peoples’ lives. The neighborhood is so different now too. There’s a renewed energy that’s great to be a part of.” 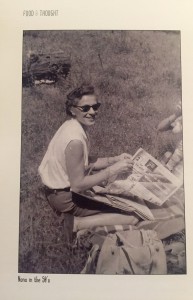 The “Thought” half of Anderson’s book is a compilation of a decade’s worth of those emails he’s sent daily since 2005 to now more than 2,000 customers who have signed up over the years to receive it. Before the advent of social media, customers scribbled their email address on a clipboard at the cash register. In return each morning, Anderson emailed the day’s menu, store hours, soup sale specials and a few personal thoughts. “Food & Thought” is perhaps the only cookbook ever published that will leave you full and in tears. Ten years worth of births, deaths, pet adoptions, staff engagements and weddings, expansions, departures and other MetroFresh milestones are all shared with readers, culled from 3,000 emails.

Early on, Anderson asked a writer friend for feedback on which selections to include in the book. She sagely advised to include the happy entries. After some thought, Anderson went with his gut instead.

“As I read through the entries, I discovered not only a document of my life and the life of the restaurant, but also the last 10 years of life in this country,” Anderson explains. “We’ve been through a lot together. I say on the back cover of the book, it’s really a stream of consciousness diary, something that’s bonded us together as human beings. It’s an ongoing conversation, an ongoing dialogue of this emotional journey we’ve been on together here. Before Facebook and Twitter, that daily little email in your In Box helped us to build community here. If you only include the good days when everything went well, you’re missing out on a lot of life.” 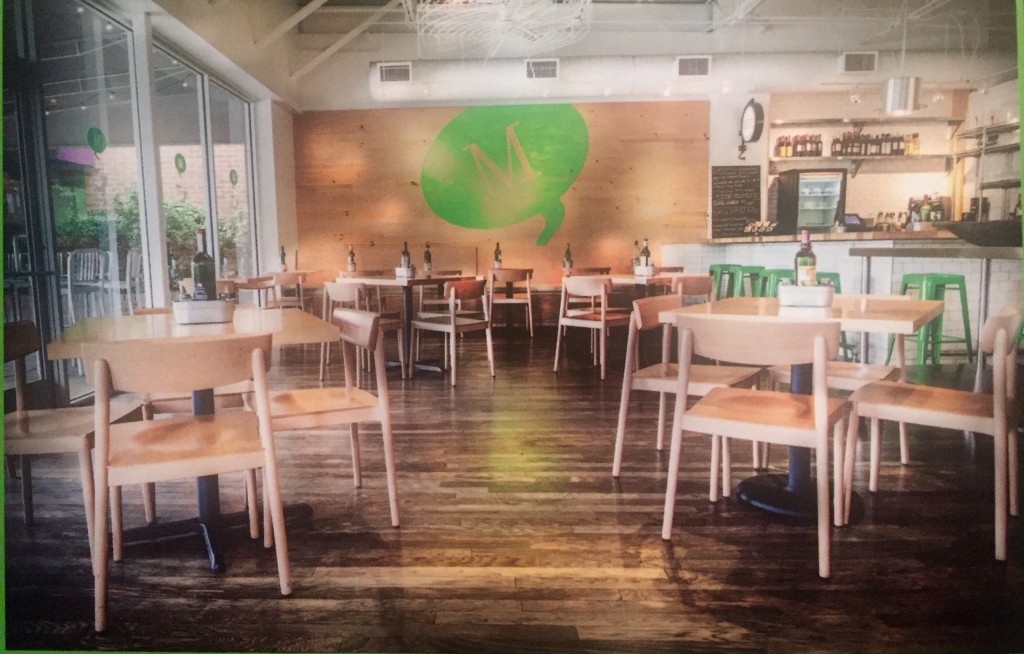 In a 2005 AJC interview, Anderson (who is best known to TV viewers for his roles on “Doogie Howser, M.D.” and “Party of Five”) explained he didn’t want to spend the rest of his career waiting to audition for “Law & Order” guest shots. “I certainly could have made a living that way,” Anderson now assesses. “But I wanted my life to be about something more important. For me, feeding people was more important. It’s amazing to have a successful business that I believe in. I’m so proud of this little world we’ve created here and the people who work together each day to make it sustainable. I couldn’t be happier.”

MetroFresh will host a 10th anniversary celebration and release party for “Food & Thought for customers on Sunday, Oct. 4 from 5 to 8 p.m. at the restaurant located at 931 Monroe Drive in Midtown. You can also order a copy of the book online at metrofreshatl.com.

“Tab Hunter, Confidential” is a Riveting, Unflinching Look at 1950s Closeted Hollywood The Supermassive Automatic World of Kick The Robot