Founded in 2015, Eldredge ATL is a daily digital magazine committed to covering all things Atlanta, with a focus on the city’s ever-evolving entertainment, arts, culture, food, and charitable fundraising scenes. Using 25 years of resources and insights, we’re committed to bringing you the stories and perspectives you won’t get elsewhere, reported with authority but with a sense of fun.

To publish acts of journalism daily, content that you’ll want to read and share with friends. With the downsizing of the city’s traditional media outlets in the digital age, countless fascinating stories are slipping between the cracks. Local expertise and institutional knowledge are being lost. Eldredge ATL is an opportunity to tell those stories and build a community for intelligent, discerning readers hungry for a good story, reported by an Atlantan who’s observed this city’s growth for 35 years.

Explains Eldredge ATL editor-in-chief and founder Rich Eldredge: “Over the past 25 years with positions at the Atlanta Journal-Constitution and Atlanta magazine, I’ve enjoyed an incredible conversation with this city’s readers and I’ve worked hard to be an extension of and an advocate for those readers in my reporting. Eldredge ATL is a fresh way to keep that conversation going with what I hope will be a lively comments section and ways for readers to contribute their ideas about what we need to report on next.” 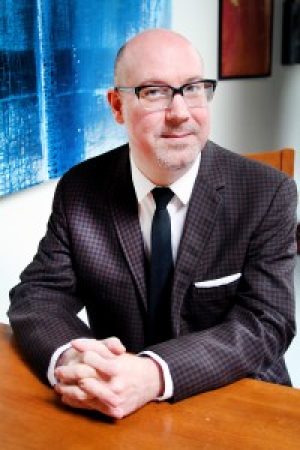 Richard L. Eldredge has been chronicling Atlanta since 1990. Since 2010, he has been a contributing editor at Atlanta magazine and has assisted with the award-winning 54-year-old city magazine’s daily digital expansion. Twenty-five years ago, he began his Atlanta writing career with bylines in Atlanta magazine. From 1993 to 2009, he contributed to the AJC’s popular Peach Buzz column, serving as head writer from 1996 to 2009 and producing over 4,000 editions of the column. Between column deadlines, he also wrote reported for the newspaper’s Living, Metro, Travel, Arts, Sports and Food sections as well as the front page. In 2001, he edited “Celestine Sibley, Reporter,” a collection of his beloved AJC colleague’s best reporting for Hill Street Press in Athens.

In 2015, Eldredge was honored by his reportorial peers with The Atlanta Press Club Impact Award for his work as an editor and story coach for VOX Teen Communications, a 25-year-old nonprofit located in downtown Atlanta.

He attended Parkview High School in Lilburn and studied journalism at Glassboro State College in New Jersey. He resides in Midtown and co-owns a time-share rescue cat named Boo.

Eldredge ATL Creative and Advisory Board