No one can accuse writer-director Tom E. Brown of lacking dedication. After 15 years in development purgatory, Brown’s sweet, funny and quirky feature debut “Pushing Dead” is finally making the rounds on the LGBTQ film festival circuit. The film billed as “An AIDS Comedy” won the Audience Award last year at the Frameline LGBTQ festival in San Francisco, Brown’s hometown. On Monday night at 7, Brown will be on hand to meet with attendees and to discuss the film at Midtown Art Cinema as “Pushing Dead” has its Atlanta premiere at screening serving as a fundraiser for Out on Film and Living Room.

In the comedy, James Roday (“Psych”) plays a struggling writer who’s been HIV positive for 20 years who accidentally deposits a $100 birthday check and winds up being dumped by his health care provider for earning too much money. The film, co-starring Danny Glover, Robin Weigert, Khandi Alexander and Tom Riley, serves as a delicious indictment on our current not-so-universal healthcare system.

But even after a long 15 year wait before locking down the financing (look out for the film’s producer and longtime champion Richard LaGravenese in an extended cameo as a mugger), Brown’s script is still horrifyingly timely in our post-Obama society where a Magic 8 Ball might be required to figure out what’s next for healthcare in the U.S. 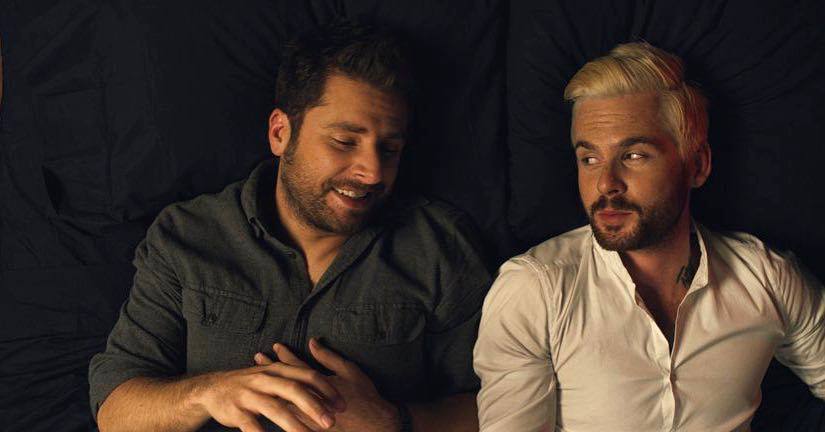 In advance of his appearance on May 1 in Atlanta, Brown gave us some insights on his unique and very funny feature film debut.

Eldredge: Bringing this story to the screen has been a real odyssey, hasn’t it?

Brown: (laughs) I wrote it at the end of 1999 and I was hoping that health care would improve and I would have happily discarded the project. Unfortunately, that didn’t happen.

Eldredge: I was kind of shocked when I read how long the film was in development since in 2017, the movie plays like it was written last week.

Brown: That’s the sad thing, isn’t it? It’s even more topical now than when I wrote it. The only thing I had to change was the [Affordable Care Act] brought down the price of meds by about 50 percent so instead of paying $6,000 a month, the character now pays $3,000.

Eldredge: Dan writes on a typewriter, uses a landline and takes his meds when an alarm on his digital watch goes off. He’s a bit of a man out of time, isn’t he? 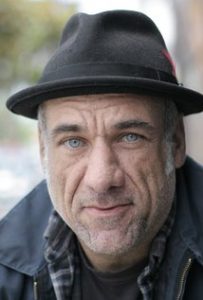 Brown: He’s a little bit stuck in the place he was when he tested positive 20 years ago. He’s having a very tough time moving forward. I like that it feels a little timeless though. But ultimately this is an AIDS film that’s about living instead of dying. I’ve been positive for 32 years. I wrote the script because this was a story I was craving to see, a story that I wasn’t seeing on screen. But it really doesn’t feel like it took 15 years to make. I’ve gone from ‘Oh, poor Tom,’ the crazy guy talking about his imaginary film for 15 years to ‘Look at Tom!’ and being the tenacious guy with a movie! And while the movie isn’t autobiographical, I do share some of Dan’s struggles. I wanted to say something about my AIDS survival guide. Like Dan, I’m in a long-term relationship with this disease.

Eldredge: One of the most unique things about your movie is that you tackle this lingering stigma surrounding people who have been living with HIV long-term and the divide that exists between them and those who tested positive more recently. Why was that important for you to address?

Brown: My [screenwriting workshop] advisors at Sundance were fascinated 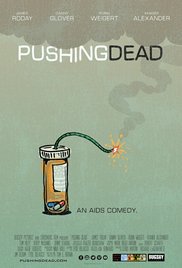 when I argued for that in the script. It was something I had to fight for. But it was important for me for that to be a part of this story. Many times, guys who are recently tested positive haven’t gotten there psychologically yet and they’re worried that they may end up mourning someone who may have been living with this for 20 or 30 years. It also works the other way, too, with the veterans who have been living with this for decades. They may not want to make that journey again with someone who is newly positive either. So it works both ways and it’s a struggle. I mean, I know I felt that way back in the 1980s. My doctor once told me he didn’t know if I had three months or three years to live. That’s a lot to deal with, especially if you’re an 18-year-old hooligan like me.

Eldredge: James Roday is really the perfect guy to carry this movie. When did you know he was your Dan?

Brown: As soon as I saw James’ reel, most of which was from his show “Psych,” I knew he was the guy. There was just something about him that I loved. There’s something incredibly engaging about James. He’s a really good person and that comes across on screen.

Living Room and Out on Film present the Atlanta premiere of writer-director Tom E. Brown’s comedy “Pushing Dead” Monday April 1 at 7 p.m. at Landmark Midtown Art Cinema. For tickets and more info, visit the screening’s Facebook event page. To attend the screening  and a post-screening reception with Brown with proceeds going to Out on Film and Living Room, go to this page.

In ‘The Magic Negro,’ Mark Kendall Uses Comedy to Smash Stereotypes With ‘Change of Seasons,’ John Oates Reflects on 45 Years of Fame