With ‘Change of Seasons,’ John Oates Reflects on 45 Years of Fame

At the height of Daryl Hall and John Oates’ reign of the pop charts in 1987, Oates received an ominous phone call from his accountant summoning him to Wall Street. In a wood paneled conference room, after selling 80 million records, touring the world for 20 years and creating videos that wallpapered MTV, John Oates heard two words that would change his life forever — “You’re broke.” Unbeknownst to them early in their career, Hall and Oates had signed a bad business deal where in getting paid up front, others took the lion’s share of the duo’s record royalties. In his riveting new memoir, “Change of Seasons,” Oates recalls that moment and more importantly, the aftermath of that conversation and how it changed his life for the better.

Oates, 69, is in town today for an interview with Mara Davis, meet fans and sign copies of his memoir at Taco Cowboy in Virginia-Highland from 6 to 8 p.m. On Sunday, he and Daryl Hall will blast through 45 years of hits for fans on a bill with Tears For Fears at Infinite Energy Arena in Duluth.

From his home in Nashville, Oates talked to Eldredge ATL about his new book, how you successfully bounce back from a life-altering financial sucker punch and the iconic duo’s legacy in pop music. 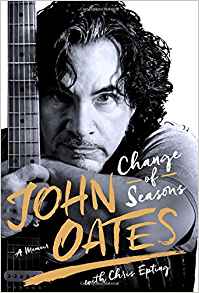 Q: Near the end of “Change of Seasons” you write, “This is a history book, travel book, confessional, diary, fairy tale and a love letter. It struck me that it’s also a cautionary tale for today’s generation of musicians. Was that was one of the motivations for writing the memoir?

A: I’m glad you picked up on that. It is a cautionary tale and it goes beyond and is even broader than the music business too. It’s a cautionary tale about people choosing not to be knowledgeable and asking the right questions. It’s a part of the story that was very important to me. It wasn’t about pointing fingers. I could have gone in a very dark direction with all of that. But it was important for me to take the high road. Even though a lot of these negative things happened at the same time in the late ‘80’s, the end result was that it made me a better person, it changed my life and it made me examine the future in a very positive way.

Q: Did you have any hesitation about bringing some of the sordidness of the music business into the light?

A: Not at all. Not for one second. It’s because it is a very sordid business. But I’m not a unique story. This has been done to musicians for a very long time. I was just one in a long line of people. Living in Nashville and being surrounded by young musicians now, I’ve learned they’re much more savvy now than I was back in the ‘70’s. Fortunately or unfortunately for today’s musicians, there’s less of a business now to be savvy about.

Q: You and Daryl got signed to Atlantic Records and did not have that big hit record right out of the gate. At one point you two were sharing a bill at Max’s Kansas City with another guy who couldn’t get played on the radio, Bruce Springsteen. But you were given time to try things and grow artistically. Today, careers are made and broken on the strength or failure of a single song. What are your thoughts on how the business has changed?

A: First of all, we don’t have enough time! (laughs). I was very fortunate to come up at a time when it was the musician’s job to make the music and it was the record company’s job to figure out how to sell it. That was a good relationship. Creative people need to have the room to make creative mistakes in order to find a direction. The creative mind needs that freedom to try new things and we had that luxury. For all of our difficulties, our manager did serve as a kind of blocker so we could concentrate on the music and not get bogged down in the business. But by not getting bogged down in the business, we paid a very steep price. The modern business is a commercial factory and as a result, it’s collapsing. Young musicians today didn’t get to experience what we did but they’re much savvier as a result. They know you can’t waste time in today’s business.

Q: This book beautifully illustrates how self-aware both you and Daryl are. Not a lot of famous people display that characteristic. You write about sharing the Apollo Theatre stage with your childhood idols, Eddie Kendricks and David Ruffin from The Temptations. You got off stage that night in 1985 and said, “We did it. There’s only one place to go. Down.” Most people who are being played nonstop on MTV at that level of success aren’t that in touch with reality. How was it that you two were? 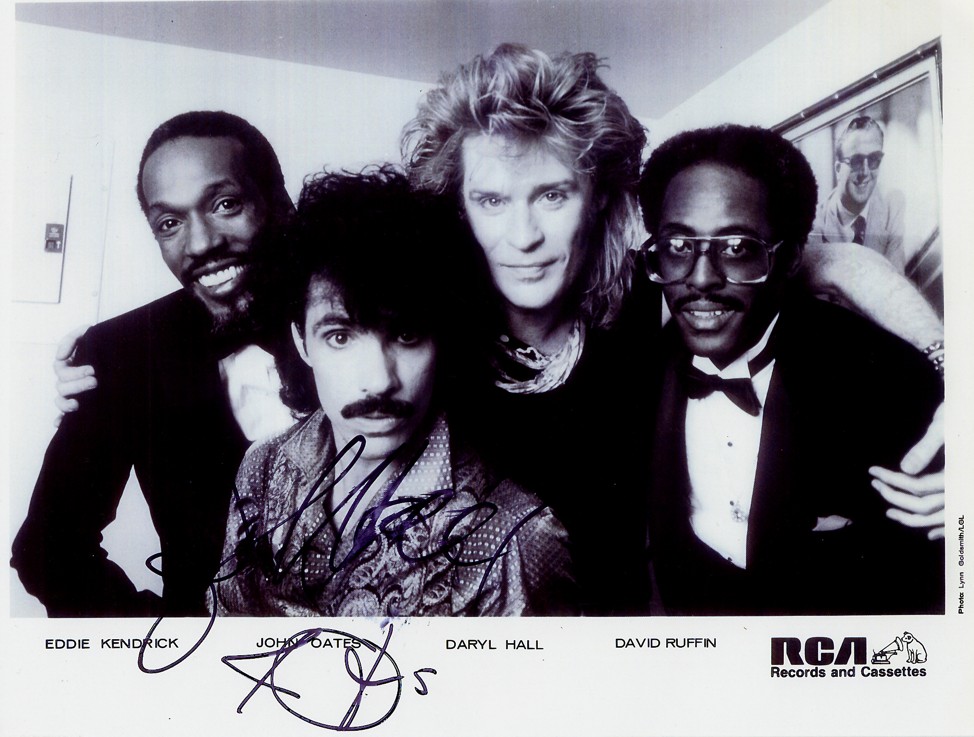 A: I honestly don’t know. It was just our personalities. We’re both fans of history and when you read a lot of history, you’re able to see things more clearly in the long term. I don’t know why we knew it, but we just did. We’ve always gone on gut instinct when making decisions and our decisions were always predicated on what would allow us to make music into the future. We both knew we were going to be lifelong musicians. It wasn’t about the fame or the money or popularity. They were all byproducts of us wanted to make good music and write good songs. When your motivation is pure, it gives you an ability to have a longer run.

Q: For those of us who were buying records in the 1980s and watching MTV, you two were everyone, even on stage with Mick Jagger and Tina Turner at Live Aid. And yet you write, “If, in the 1970s, I felt like an actor cast in some magnificent, mysterious, cinematic extravaganza, in the early-to-mid ‘80s, the role had sharply shifted. I was no longer in the film.” Why did you feel as if you were disappearing from the picture?

A: Things were moving too quickly. The demands were too overwhelming. The thing that people don’t understand about success is that it robs you of time. It robs you of personal time. There was no time for reflection. There was no time to sit back and enjoy it or even understand what was happening to you. It was always about the next song, the next album, the next video and the next tour. Some of that was self-imposed because both of us are Type A personalities. And we had all of those people on our payroll at that point dependent on us to keep that machine moving forward. When we wrote and recorded, “I can’t go for that, no can do,” it was really a cry out. That song is about the music business and what we were feeling in that moment.

Q: In the memoir, you reflect on the making of your 1973 Atlantic Records album 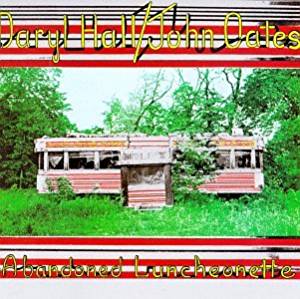 “Abandoned Luncheonette.” You were working with this iconic producer Arif Mardin and you crafted an LP that, as you describe it “I always go back to when I need to remember how things should be done.” Why is that record so special to you?

A: It represented the perfect storm of creativity. There are very few times in life when you encounter a scenario where you have the creativity, the personnel, technology and raw material all come together at one place at one time. It’s very precious and very special. When it’s happening, you don’t always realize it. I kind of sensed it when we were making that album. For me, that’s when it all came together for us.

Q: Years later, you’re playing Philadelphia’s Spectrum arena and before sound check you and Daryl take the tour bus down Route 724 to go and see the dilapidated diner that became the album cover. It was still out there in a field and a woman comes out from across the street to yell at you?

A: Yeah, she did! She didn’t know who were at first and when she figured it out, she got even more angry! According to her, people had sought out the luncheonette and took pieces of it with them as mementos. As far as she was concerned, they were vandals destroying her property!

Q: I particularly love the final section of this memoir where John Oates really learns who he is after everything has been stripped away, doesn’t he?

A: I had to sell everything. I sold my airplane, my house, my apartments and my antique cars. When it’s just you, your wife, a plot of land in Colorado and a tiny mining cabin, you can learn a lot about yourself.

Q: Forty plus years on, what goes through your mind when you get on stage in these big arenas this summer and play the songs that represent a life soundtrack for two generations of fans?

A: I have a greater appreciation for how this music has touched multiple generations and how it continues to resonate. It’s a miracle and a blessing. It’s the best thing you can ever hope for as a songwriter. It’s the ultimate goal to write a song that will stand the test of time. It’s as good as it gets.

John Oates will be interviewed by Mara Davis and sign copies of “Change of Seasons” Saturday, June 10 at 6 p.m. (the event is free but fans must purchase a book from A Cappella Books to receive a ticket for the signing line). www.acappellabooks.com.