After 55 Years, Hollywood Finally Gets the Webslinger Right With ‘Spider-Man: Homecoming’

There’s a wonderfully illustrative scene early in “Spider-Man: Homecoming” when 15-year-old Peter Parker is in the hallway of the Midtown School of Science & Technology, wrestling with the do-gooder demands of his new superhero alter ego. “This is my chance to prove myself!” Peter exclaims to his equally nerdy best friend, Ned Leeds. “But,” Ned dutifully reminds him, “We have a Spanish quiz!” 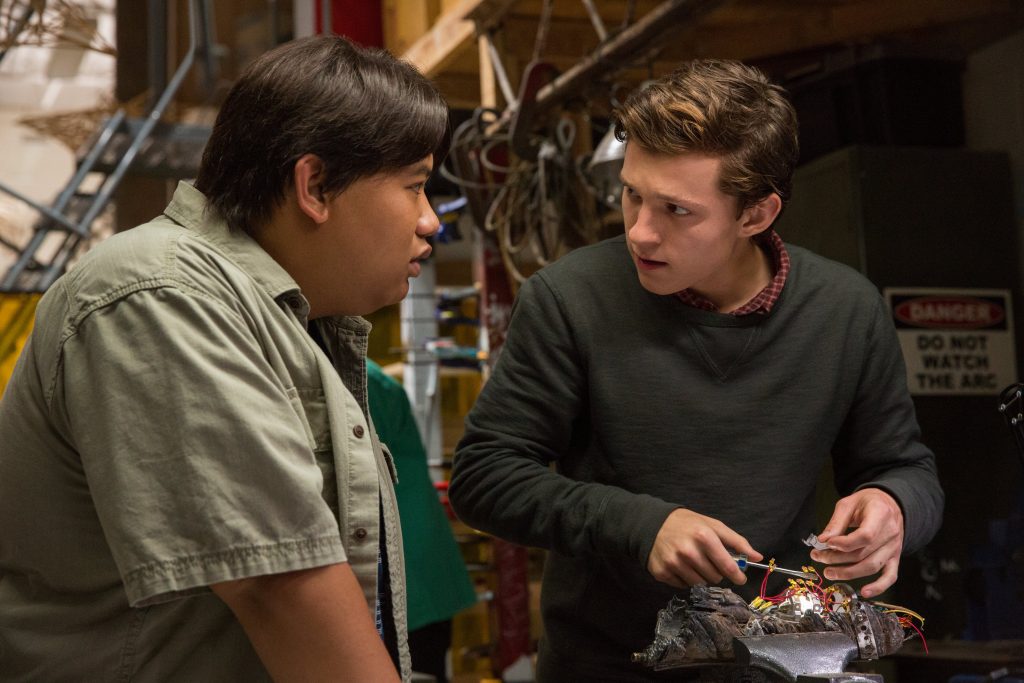 It’s a line and a situation that could have been cribbed from the original Stan Lee and Steve Ditko 1962 comic book, back when geeks were called “wallflowers” and high school dorks were “bookworms.”

But whether it’s 1962 or 2017, the awkwardness, uncertainty and the thirst to fit in are still the universal hormone-fueled emotions flooding every high school in the world. And that’s what’s so completely pitch perfect about “Spider-Man: Homecoming,” director Jon Watts’ first Marvel Studios/Sony Pictures’ feature-length foray introducing Spidey into the official Marvel Cinematic Universe. And anchoring the film with a voice-cracking anxious uncertainty, actor Tom Holland (who was 19 at the time of filming) completely embodies both Peter Parker and his web-swinging crime fighting alter ego. He’s simply the best live-action Spider-Man ever put on film.

After 55 years and six feature film attempts, Hollywood has finally delivered a Spider-Man worthy of its famed comic book roots. Partially shot in Atlanta, whether you’re 15 or 53, “Spider-Man: Homecoming” will remind you why you fell in love with this character in the first place. 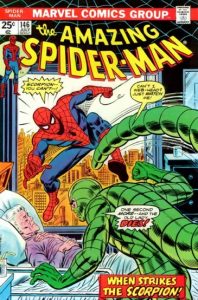 For me, the love affair began in the summer of 1975 inside a 7-Eleven while purchasing an ice cold Coca-Cola Slurpee inside a commemorative Marvel Comics Spider-Man collectable plastic cup. I was 11. I spun the nearby circular comic book rack and encountered the cover of The Amazing Spider-Man No. 146. Spider-Man is swinging into his Aunt May’s hospital room to discover his arch nemesis The Scorpion, with a raised fist, inches away from his beloved relative. Over the next 18 pages, I was introduced to a revenge-seeking super villain The Jackal (a super villain with personal ties to our hero), the mystery of how Peter Parker’s first girlfriend Gwen Stacy had come back from the dead, had a front-row seat for Scorpion’s violent battle with a crime lord, witnessed the aforementioned Aunt May-in-peril scene and a battle to the death between Scorpion and Spider-Man where the wise cracks flew as fast as the fists. At one point in the action, critiquing his foe’s grab bag of villainous clichés, Spider-Man cracks, “Now that’s an original line. With dialogue like that, you should write for Johnny Carson. After all, somebody should.”

Related  Why Mysterio Remains the Perfect Villain for 2019 in 'Spider-Man: Far From Home'

By the time my plastic Slurpee spoon-straw was scraping the bottom of the cup, I was hopelessly hooked. In 18 beautifully pulpy pages, there was a mini Mario Puzo novel, an episode of “All My Children,” snappy dialogue worthy of Mad magazine, a small armory of bullets had been discharged and Aunt May even got to lecture The Scorpion about his abhorrent absence of manners. Between the comic book and the Slurpee, I was out my entire week’s 50-cent allowance but it was the best pair of quarters I ever parted with.

The reason “Spider-Man: Homecoming” works so well is that it incorporates all of these elements — the Wagnerian operatics, the epic battles and the wise cracks all within the confines of the original comic book’s setting, i.e. the most sinister villain’s lair ever invented — high school.

In his 2002 memoir “Excelsior!” co-creator Stan Lee explained the enduring appeal of his high school superhero: “Our hero would be a teenager with all the problems, hang ups and angst of any teenager. He’d be an orphan who lived with his aunt and uncle, a bit of a nerd, a loser in the romance department and who constantly worried about the fact that his family barely had enough money to live on. Except for his superpower, he’d be the quintessential hard-luck kid. He’d have allergy attacks when fighting the villains.”

Lee’s publisher Martin Goodman hated the idea, telling Lee, “A hero can’t be a teenager. Teenagers can only be sidekicks.” Fifty five years and several billion dollars in the Marvel coffers later, Lee reflects, “I think the idea worked out pretty well.”

Still, “Spider-Man: Homecoming” isn’t your grandpa’s “Make Mine Marvel!” Universe. Director Jon Watts and the folks at Marvel Studios have brilliantly updated Peter Parker’s New York City to reflect the world in 2017. It’s an inclusive, multi-cultural landscape where young people from all walks of life will see themselves represented on movie screens this summer. And whether he’s trying to crack a computer program with his TI-84 Plus Graphing Calculator, awkwardly trying to ask a girl to the movie title’s high school social function, trying (and failing) to find something tall enough to swing on in NYC’s suburbs or on a class trip whining, “I’m sick of Mr. Stark treating me like a kid!” while using a hotel bed as a trampoline, Tom Holland is utterly adorkable in the lead role.

For fans, there are dozens of Easter eggs sneakily hidden throughout, a third act “this could only happen to Peter Parker!” plot-twist worthy of the comic book’s original Green Goblin continuities (fans attending last week’s advance screening audibly gasped).

There’s also a wink to Marvel’s current hit comic book Spider-Man, starring a biracial Brooklyn charter school student named Miles Morales in a scene with Donald Glover who plays a bit but pivotal role for those familiar with the Miles Morales Spider-Man universe.

Even Midtown High’s “big man on campus” Flash Thompson’s 1962-era “Puny Parker” putdown of Peter has been modernized to the SnapChat era insult, “Penis Parker.” This time, blasting it through a DJ microphone. At a high school party. Ouch.

And played by Marisa Tomei, Aunt May is younger, hipper and with a hilariously colorful vocabulary, she ends up with the best line in the film.

In my role as senior editor at Atlanta’s VOX Teen Communications, I got to take in an early press screening of “Spider-Man: Homecoming” with four of my teen-aged colleagues who had immediately put in their request for press screening seats as soon as they clapped eyes on the film’s trailer last December. As our row of teen reviewers, Spider-Man aficionados all, excitedly scribbled notes, clasped their hands over their mouths and quietly whispered, “Dude, no way!” to each other for most of the film’s 133-minute running time, I was reminded of what this film captures so well.

For each of us, high school is a four-year endurance test of figuring out who you are, what you’re capable of and, if you’re lucky, a sneak peek of who you might become in life. That’s the lasting legacy of Stan Lee and Steve Ditko’s original creation and what makes “Spider-Man: Homecoming” a letter-perfect modern-day addition to the franchise.

With ‘Change of Seasons,’ John Oates Reflects on 45 Years of Fame The Drummer From Uncle Green May Have Written Your New Favorite Rock n Roll Novel