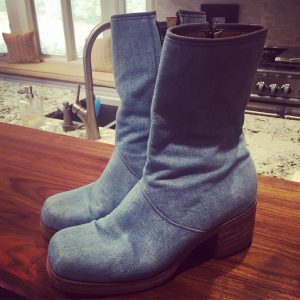 Coinciding with his roots music oriented side band, Ed Roland and the Sweet Tea Project, Collective Soul co-founder Ed Roland has a new appreciation for another Georgia-based band of brothers, The Allman Brothers Band.

Out of the blue, Roland’s tour manager rang him up to inform him that a piece of Macon, Georgia rock n roll history was about to go up on the auction block — Duane Allman’s 1970s-tastic, platform-heeled, blue jean denim-inspired boots.

The shoes were created by Pasquale Di Fabrizio, a Los Angeles-based Italian shoe designer dubbed “Shoemaker to the Stars” after hand-crafting footwear for the likes of Frank Sinatra, Cary Grant, Dean Martin, dance shoes for Michael Jackson, the signature Kiss Army stage boots for the rock band Kiss and yes, Duane Allman. Even in the early 1970s, Di Fabrizio’s hand-made shoes were selling for $500 and up.

Di Fabrizio was so revered that when Dorothy’s iconic red ruby slippers from the 1939 MGM film “The Wizard of Oz” required a sequin-shine touch up, The Smithsonian Institution drove them to Di Fabrizio’s L.A. shop in an armored truck. 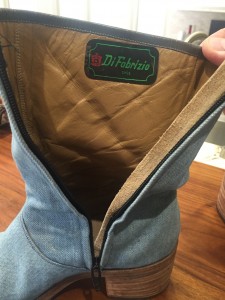 In an exclusive video shot for Eldredge ATL, Roland recalls how he came into possession of the authentic piece of rock n sole memorabilia.