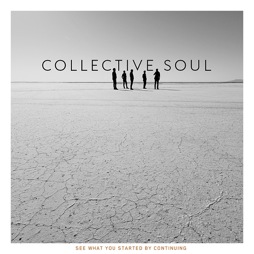 Twenty-one years into the act’s existence, Stockbridge-birthed rockers Collective Soul are back with a brand-new album, “See What You Started By Continuing” and a tour stop Saturday night at the Tabernacle downtown.

In an exclusive interview, October Eldredge ATL Guest Editor and Collective Soul frontman Ed Roland discusses, love, loss and the perennial nice-guy rocker’s song-inspiring brief flirtation with being a jerk. For Collective Soul fans who have loved the band since Atlanta’s own WRAS-FM Album 88 first put an early demo of “Shine” in power rotation in 1993, “See What You Started By Continuing” (in stores and available for digital download Friday, Oct. 2) is a bare-bones, rocket-fueled return to form.

Sitting upstairs from the home studio where the album was created with the musical nucleus of the band, brother and guitarist Dean Roland and bassist Will Turpin, along with new members Johnny Rabb and Jesse Triplett, the singer-songwriter reflects on the band’s history and what continues to drive the act as Collective Soul embarks on a new two-month national tour.

Q: Let’s start with the title. It’s hilarious. How did you come up with it?

A: I have a room upstairs where I have a turntable and my vinyl albums. Some nights I just sit up there and write things down. It was a play on words that I scribbled down: “See What You Started By Continuing.” It just made perfect sense. As a band, we’ve come full circle. We’ve gotten our second wind and we wanted to go back to what we were — a rock band with no apologies. My brother Dean [Roland] went off and did Magnets and Ghosts, [bassist] Will [Turpin] did a solo album and I did Ed Roland and the Sweet Tea Project. 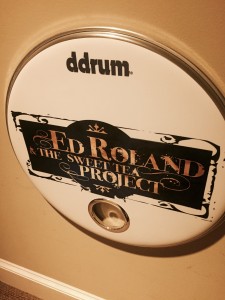 We all got reenergized. When we got into the studio together we realized, “This is what Collective Soul sounds like. We’re not going to fool anybody doing anything else. Let’s just go knock this out.” Plus, adding [lead guitarist] Jesse Triplett and [drummer] Johnny Rabb into the band has been a warm, friendly kick in the ass for Will, Dean and myself.

Q: “This,” the lead off single is a real return to form. It’s classic radio-ready Collective Soul but lyrically, here’s a guy who is struggling to leave home, right?

A: I’m in such a good place right now in my life and I wanted this to be a fun record. I’m just writing how I feel these days. I had the riff, I had the chorus. I was flying out to do a show. The car was coming to pick me up at 6 AM. My wife Michaeline hates that I tell this story but it’s the truth. I was scrambling around in the dark and I hear, “Hey sweetie, you want some of this?” and out comes an ass from under the covers. I’m like, “Um, no, sweetie, not right now.” Now, I’m really having to concentrate. I’m going for two weeks and I don’t want to forget anything. Then I hear, “Sweetie, you want some of this?” and another body part pops out from under the covers. I’m saying, “Would you please stop? Seriously!” It took everything I had to get out of that house! But it demonstrates the love we have for each other and the playfulness that exists between us. I’m in the car and it just hits me: “This.” 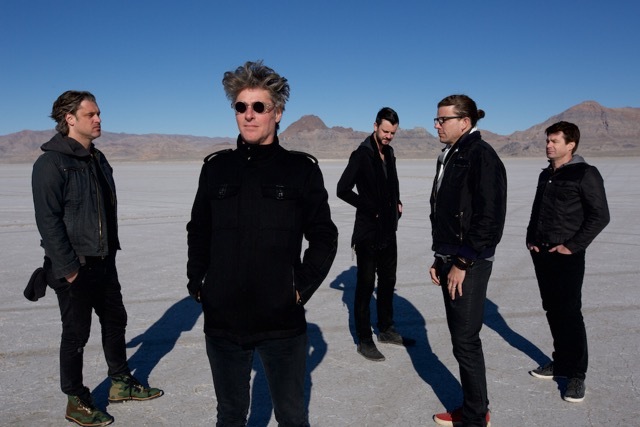 Q: The song “Hurricane” is perhaps the polar opposite of “This.” Where did that come from?

A: The song is about me. I’m using a relationship as a metaphor, really. I went through this two-year period where every time I walked into a room, I heard, ‘Dude, you’re becoming an absolute ass. You’re bitter, you’re angry.’ I was finding wrong with everything. I would walk into a room and destroy a conversation, destroy the mood. Finally, I reached out to a buddy who’s a life coach and he got me turned around. It also helps to have friends who will tell you, “Ed, you’re an ass right now. Straighten your shit up.” “Hurricane” just fit how I was feeling. It captures all of that period.

Q: “Exposed” is not your typical Ed Roland tune. This guy is really pissed off. It’s not your go-to default setting, is it?

A: You’re right. It’s not. We were in El Paso. A friend of mine had gone through a rough patch. I was sitting there in the dressing room where I had scribbled something down and I showed the guys. I had the lyrics “You took all my money, you took all my clothes but it’s you who’s now exposed.” Personally, I’m having a great couple of years but this was really great stuff. So I asked my friend, “Would you mind if I borrowed your life for this song?” I sent it to him and he loved it. He had one change he wanted to make. He wanted to change the title of the song to something I can’t say out loud in an interview! He was kind enough to sign off on it and we love playing it live.

Q: “Memoirs of 2005” is one of the quieter moments on the album. Take us back to your life a decade ago. How did all that manifest itself in a song? 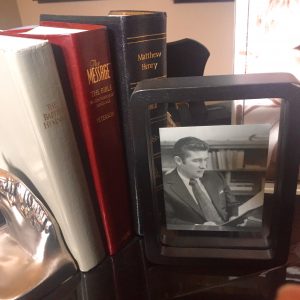 A: In 2004, Michaeline and I had just started dating. It was a crazy year. We were falling in love. My grandmother passed away in October. She was terribly important to me. In December, my father [Rev. Ed Roland Sr., longtime pastor of First Baptist Church of Stockbridge] passed. Having those losses, juxtaposed with this new love I was experiencing was a strange time. In January 2005, I began writing in a journal. When we moved into this house, I unearthed the journal and all those emotions flooded back. It’s a reflection of that period of my life.

Q: As you embark on this 21st anniversary tour and as you guys have been rehearsing together again, what’s been going through your minds collectively as a band?

A: We’ve been going back and revisiting our old songs. Will had some old tapes of us from the mid 1990s. We rediscovered that we were a pretty good rock band. We’ve rediscovered our confidence as a band with this new record and this new tour. Going back and listening to songs we hadn’t heard in years made us realize, “Damn, we wrote and recorded some really good songs!” The hard part now is trying to figure out what to put in the set with nine albums and 21 years worth of material. I mean, we could be up on stage a long time. I’m now 52 years old and I don’t necessarily want to do that! (laughs).

Q: Collective Soul formed in the digital CD era back in the 1990s. As a vinyl connoiseur, what’s it mean to have the new album issued on LP in addition to CD, streaming and digital download formats? 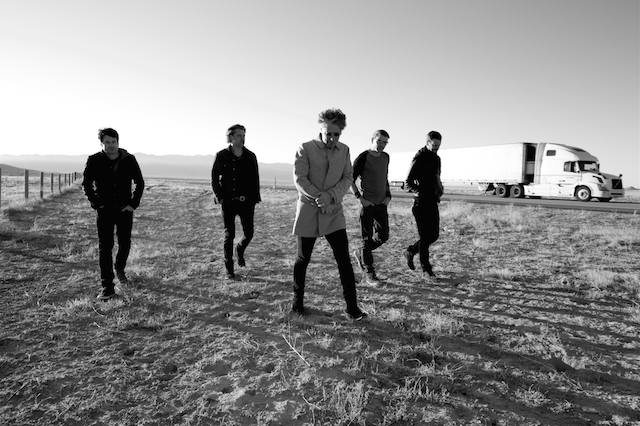 A: I’m so excited. We had one that Atlantic Records did for us [1997’s] “Disciplined Breakdown” back in the day. I just asked, ‘Can we please have a vinyl edition?’ and they did it. I lost my copy over the years so I went on Amazon the other day looking for one. They wanted $300! I was like, “This is my damn music. Are you kidding?!” (laughs). The hard thing was getting the new album down to a length where it would all fit on a single record. You’ve only got about 20 minutes for each side on vinyl. 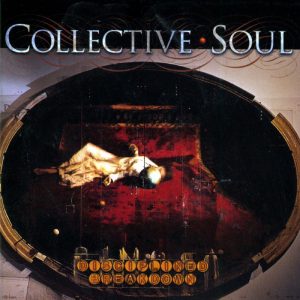 With CDs, artists got into the habit of throwing a lot of songs on an album because they would all fit onto a single disc. I thought that set a bad precedent. I remember thinking, ‘Brothers, you’re only getting paid for 10 or 11 songs. Why do you want to give your music away?’ Plus, nobody has time to listen to all that these days. Another thing I love about vinyl is that you have to sit down and actually listen to it. Now, we all tend to listen to music on our phones when we’re busy doing 10 other things. I can sit down with a vinyl LP, actually listen, read the liner notes, the lyrics, experience the cover and the sleeve.

Q: Twenty-one years into the band’s life, are you content?

A: By taking the time off, we came to really appreciate where we were instead of fighting for something more. We’re very comfortable. We’re blessed. We won the lottery. Do we want to get bigger and more successful? Of course we do. But we’re not striving for that. We just want to make music that we like and music that people have always liked about Collective Soul. It’s a great place to be. We’re home.

For tickets to Saturday night’s Tabernacle show with special guests Kevn Kinney and Kick The Robot, go to the band’s official website.

Here’s info on how to pre-order the band’s new album which will be released on Friday. 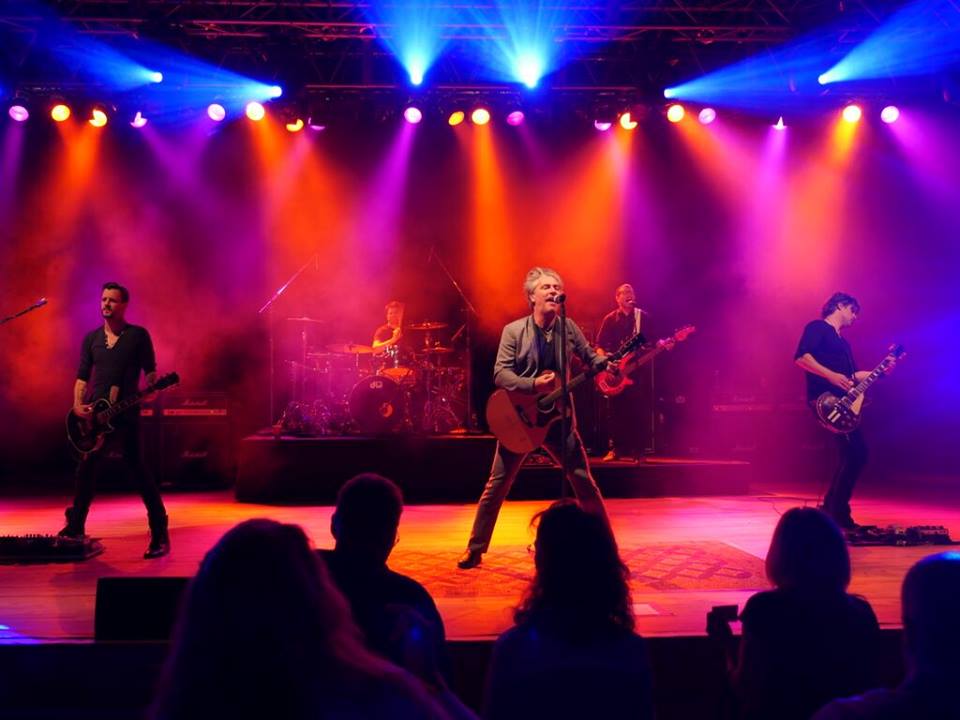 On The Red Carpet At The 37th Annual Georgia Music Hall of Fame Awards Exclusive Video: Eldredge ATL Guest Editor Ed Roland Talks About How He Ended Up With Duane Allman’s Boots!