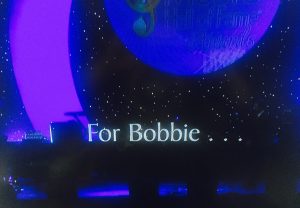 The 37th annual Georgia Music Hall of Fame Awards held Saturday night at the Georgia World Congress Center was a bittersweet affair for many in the crowd. The evening’s longtime executive producer and champion Dr. Bobbie Bailey was not in attendance for the first time in the decades. The Georgia philanthropist died in July at age 87.

“Everyone keeps looking out of the corner of their eye expecting to see Bobbie tonight,” reflected Grammys Atlanta chapter president Michele Caplinger and Bailey’s longtime friend. “Her spirit is here and quite honestly, now after her death, this year’s show really became a call to action. She was the executive producer of this show for 37 years. We needed to recognize that, along with the fact that she’s been responsible for Georgia State and Kennesaw State University music scholarships for years, she built the Bobbie Bailey auditorium at Kennesaw State and made it a Steinway school by donating 40 Steinway pianos. It takes a year to build a Steinway. Let that sink in for a second. And that’s just a fraction of what this woman did for her community.”

Collective Soul frontman Ed Roland along with a gospel choir provided the emotional centerpiece of the live broadcast as they paid tribute to Bailey with a special rendition of his band’s radio hit, “Shine.” 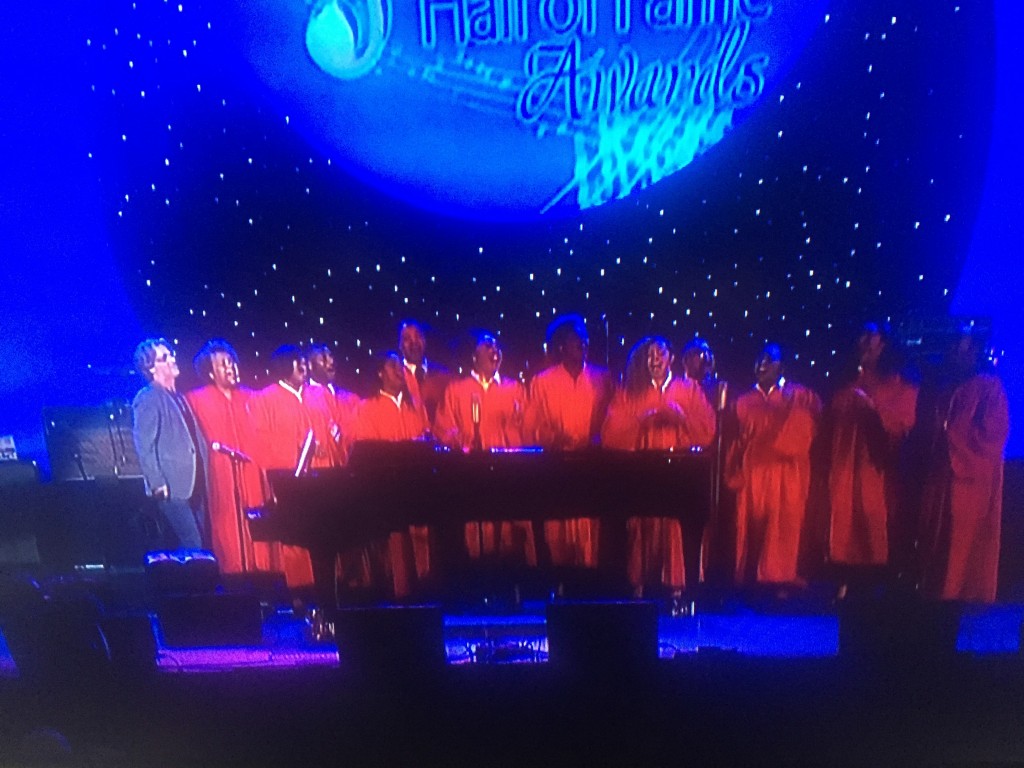 On the red carpet, veteran R&B singer Sam Moore, one half of soul duo Sam & Dave, graciously discussed his career before hurrying inside to open the show with Third Day singer Mac Powell with a duet of “Georgia on My Mind.” 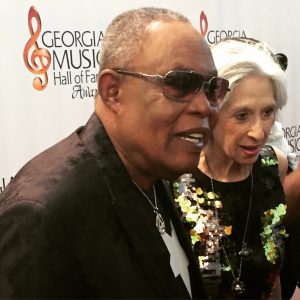 “On the 12th of October I’ll be 80 and I will have been in this business for 60 years,” Moore told me. “Can you believe that? When Dave and I got signed by Atlantic Records, we weren’t looking for hits. We were happy just being a local act. For the next 21 years, every day was a surprise. The musical tools were handed to us by people like Isaac Hayes at Stax Records in Memphis, Tennessee. We just tried to make it our own. We just fell into it and I’m extremely happy we did!”

The evening’s Songwriter Award recipient Gregg Allman had to cancel his appearance at the awards after taking a spill at his Georgia home over the weekend. But his presenter, iconic Atlanta concert promoter Peter Conlon was on hand to pay tribute to his Allman Brothers Band buddy.

“I’ve got two minutes so it’s kinda difficult to screw this up,” Conlon cracked on the carpet. “The real challenge was how do you condense Gregg Allman’s career into two minutes? He has over 100 songs licensed by BMI, he’s been a driving force in the Allman Brothers, his own band and he’s a best-selling author and an actor. One thing most people don’t realize about Gregg is his work behind the scenes on Jimmy Carter’s presidential campaign. Gregg’s efforts were integral in fundraising for the Carter campaign and in my pocket is a letter from the president congratulating Gregg on this honor. The first time I saw Gregg perform with the Allman Brothers Band was when I was 16 playing on the steps of Piedmont Park, back when you could drive through the park. A friend and I were driving through and saw this amazing band on the steps. Later when I was on the student concert committee at UGA, I booked them. And our paths have been crossing ever since.” 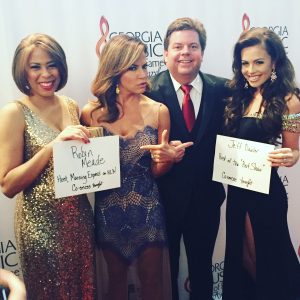 Retired WSB-TV Action News anchor and current Kiss-FM broadcaster and college journalism professor Monica Pearson, along with her presenter, state senator Jeff Mullis paused on the carpet to discuss what it meant to be the final Chairman Award recipient personally selected by Dr. Bobbie Bailey (See above video).

Drivin N Cryin, plus musical friends, including Michelle Malone and Peter Buck closed out the live broadcast with the DNC classic “Fly Me Courageous.” 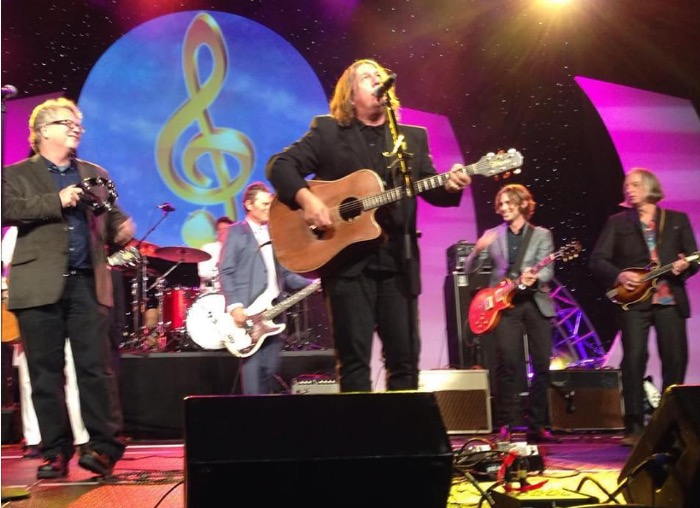