After 24 Years, Francine Reed Says Farewell To Atlanta — For Now

Relaxing in a booth at Atkins Park over a bowl of chicken and dumplings and a glass of wine, Francine Reed takes a moment to savor a standing ovation. The demonstration from fans occurred the previous evening at a sold-out show filled with family and friends as Reed performed with trumpeter and singer Joe Gransden and his 16-piece big band at the Georgia Ensemble Theatre in Roswell. The highlight for the singer was performing a swinging Count Basie arrangement of “Everyday (I Have The Blues).”

“We stomped it too, baby!” Reed recalls with her trademark throaty laugh echoing through the open door out into North Highland Avenue on this sunny spring afternoon. “Those folks up in Roswell didn’t know what to do with themselves either.” Unfortunately for Atlantans, the tune’s lyrics are currently autobiographical for Reed: “Gonna pack up my suitcase and head on down the line.” The performance served as the singer’s swan song as an Atlanta resident.

Today, after 24 years, Atlanta’s beloved blues, jazz and gospel singer boards a plane to relocate back to her former hometown of Phoenix to care for an ailing son. After packing up her apartment, donating household items to the Atlanta LGBT homeless nonprofit, Lost-n-Found Youth, running errands and finalizing a new lease in Arizona, Reed, 68, was ready for some comfort food on a recent afternoon as she took a moment to reflect on her nearly quarter century spent in her adopted hometown.

In an exclusive interview with Eldredge ATL, Reed recalls her favorite career moments here, the fresh challenges that await her in Phoenix and delivers a final message to Atlanta fans.

At age 47, Reed’s oldest son Dana is in need of a new heart. He’s spent the last few weeks being treated at the Mayo Clinic. When Reed flew up a few weeks ago to be with her son, the doctors didn’t sugarcoat the situation — upon release, Dana would require 24-hour medical care and live in assistance.

“There was no decision about it,” Reed says simply. “I just asked, ‘When is he being released and how much time do I have to get back here?’ This is just what a mother is supposed to do.” For Reed, it’s a second chance to reconnect with a son who has spent much of his life incarcerated. Last year, her son was so ill, an Arizona judge vacated the remainder of his sentence and Dana was booked into hospice care. Miraculously, he recovered enough to be released. Reed says that doctors estimate that Dana’s heart is currently operating at about 20 percent.

“Dana has had a pretty rough life,” Reed reflects. “He did his share of things that young people do that get you into trouble. He’s battled addiction and the consequences that happen when you break the law to support your habit, too. I see this as another chance for us to get things right. After he became an adult, I wasn’t there for him a whole lot. We missed out on a whole lot of time together. Maybe we can make up for that now.”

A year ago this week, Reed lost her big sister Margo when her singing sibling died 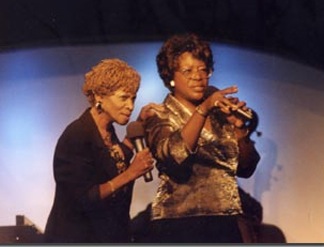 in Arizona at age 73. Over the years, Atlantans were treated to performances by Margo Reed when her baby sister flew the family in for singing engagements at the Ritz Carlton and Libby’s Cabaret. Earlier this month, Reed realized she was still grieving the loss when someone sat down at the piano in the Mayo Clinic lobby and began playing the 1934 standard “For All We Know,” a staple in Margo’s live act.
“Margo loved all those weepy songs,” Reed recalls wistfully. “I walked over to the piano and tried to sing through it and I didn’t make it. It was just too much. You see, Margo used to go to the Mayo Clinic lobby with a piano player and perform free concerts for the patients and the families and the staff.”

While she’s returning to a former hometown and a support system filled with family and friends who will help her with her son’s medical care when she returns to the road for a summer tour with Lyle Lovett and His Large Band, Reed says she still considers Atlanta home.

city,” she says. “I’m talking about the [bad] gigs and the great gigs, too. Everybody, it seems, has a story about the first time they saw me perform here. One night at a show, this one lady introduced me to her friend, telling her, ‘This is Francine Reed. We went to Spelman together.’”
Reed, who has never attended college in Atlanta or in any other city for that matter, bursts out laughing. “I love that story. Atlanta just thinks of me that way. They think I’ve always been here, like I’m one of the trees in this neighborhood. This city has embraced me from day one. It was most evident to me when I was inducted into Georgia Music Hall of Fame [in 2014]. I still can’t get over that. That’s quite an honor for someone who moved here with two suitcases, a cast iron skillet and a $25 black and white TV I bought at a pawn shop on Ponce de Leon Avenue. That’s why Atlanta is home to me. The people in Phoenix will argue with me about that but it’s true.” 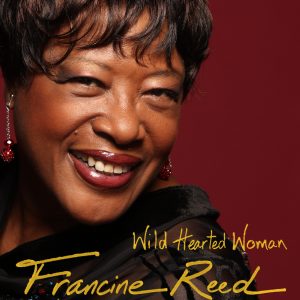 In addition to downloading “Wild Hearted Woman,” her new studio album on Fervor Records, Atlantans can get their next Francine Reed fix on August 19 when she returns with Lovett for a concert at the Atlanta Botanical Garden and on October 2 when she plays at the Candler Park Festival.

And her parting words for her Atlanta admirers? From her booth at Atkins Park, she immediately breaks into the title chorus of her 1995 solo debut album on Atlanta’s Ichiban International label, “I Want You To Love Me.” “Please don’t forget about me,” she adds. “Know that there is no end of Francine. I’m just taking a little break and giving Arizona a little somethin’ somethin.’ This is just about prioritizing. You only get so much time on earth with your family and they only get so much time with you. My son could outlive me. Who knows? It’s all in God’s hands. But know this: I’ll be back. Planes fly back and forth from Phoenix to Atlanta every day. Just send me a plane ticket and I’ll be here. First class, preferably. I’ve learned through the years that it pays to be specific, baby!” 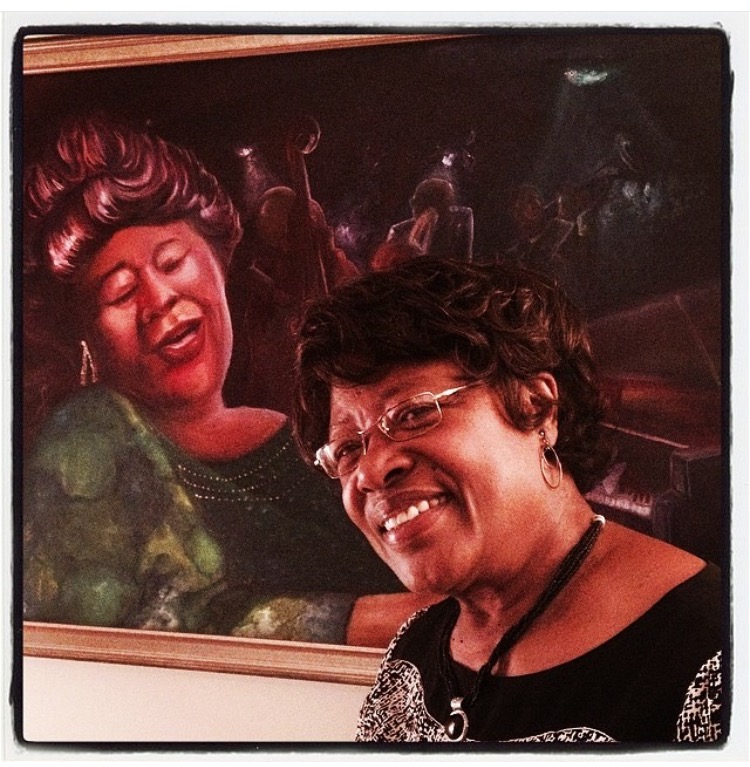 As for her return to the stage in Phoenix, the singer already has one particular venue in mind — the lobby of the Mayo Clinic. Explains Francine: “My son is still with us, thanks to those doctors and nurses. I’m grateful.”

To keep up with Francine Reed on Facebook, join the Fans of Francine Reed page or check out her recently redesigned website francinereed.net for her latest live performance dates.