Living at The Office Is Redefined With New Luxe Downtown Apartments 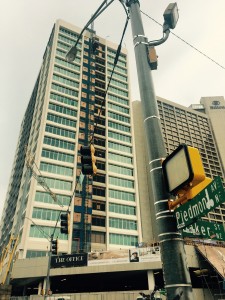 It’s little wonder Central Atlanta Progress and Downtown Improvement District president A.J. Robinson is smiling during the inaugural media walk through of The Office at 250 Piedmont Avenue. Reimagined by DeBartolo Development (the company that brought Aloft hotel to downtown) and Paces Properties, the 20-story downtown office building relic from the Ford administration is now poised to introduce about 327 brand-new apartment units downtown this fall where residential occupancy consistently hovers around 95 to 98 percent.

“Most everything downtown is already leased or if it comes online is leased or bought very quickly,” Robinson tells Eldredge ATL. “I have a friend who just bought over in the Kessler City Lofts here downtown. One unit came online and it sold instantly. There’s this misnomer about downtown, sometimes, that nobody lives down here. The reality is, people do live here but we’re almost always constantly at capacity so when high-quality units like this become available, it’s exciting.” 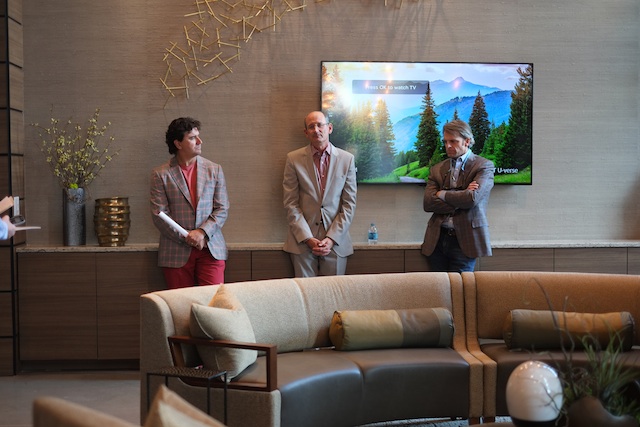 The formerly abandoned property (occupied by SunTrust when first erected 40 years ago) sits at the rear of the downtown Hilton and future residents will be able to stroll under cover through developer John Portman’s iconic sky bridges all the way to Peachtree Center on Peachtree Street. That’s where Portman is busy, meanwhile, reimagining his 50-year-old 230 Peachtree Street office tower where a new Hotel Indigo and JP restaurant, a fine dining millennial offspring of Portman’s original downtown restaurant Midnight Sun, is also being readied for later this year. 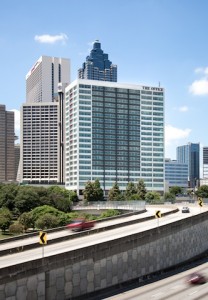 Along with the up-and-running but work-in-progress Atlanta Streetcar, the new Center for Civil and Human Rights and College Football Hall of Fame and the multi-million dollar Hyatt Regency renovation that is reintroducing Atlantans and visitors alike to the rotating Polaris lounge hovering atop the hotel, a downtown renaissance not seen since the 1990s is underway. 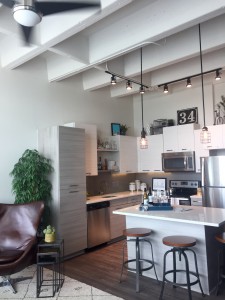 “This city has had a dearth of residential offerings in downtown Atlanta for a very long time,” explains David P. Cochran, Paces Properties President and CEO. “Usually, taking an existing building like this and rebranding it takes a lot of effort. But over the years, this building kind of lost its soul. We were able to recreate the space from scratch. It’s been an incredibly exciting opportunity.”

And the name? “We wrestled with the name of the building a lot,” Cochran says. “We landed on the name The Office since this started out as SunTrust office space. Whenever we do an adapted use project like this, we always like to keep the building’s history in mind.” 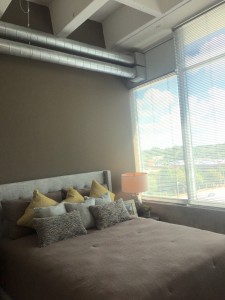 Adds Ed Kobel, DeBartolo Development President and CEO: “We span the nation looking for unique opportunities like this. After we finished the Aloft hotel downtown project here, we liked what we saw with the resurgence of area and we felt this was just perfect timing. Some of our peers felt we were a little ahead of the curve but that’s sometimes a great position to be in.” 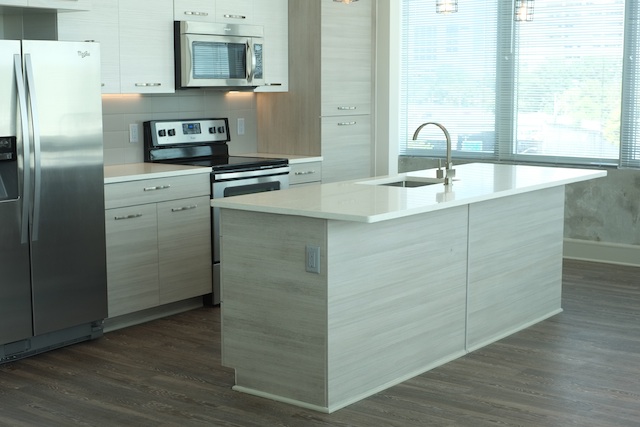 Downstairs, there’s a 24-hour fitness and yoga center, an outdoor dog park and a resort-style pool being installed. 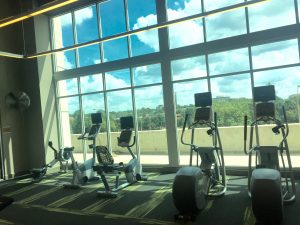 The exercise equipment even features custom log in features that dutifully record and keeps track of the amount of sweat you work up during each session so you can chronicle your workout progress.

A luxe clubroom, meanwhile, features everything from a state-of-the-art kitchen, vintage video games, billiards and even a pair of sound-proof recording pods for budding DJs and recording artists. 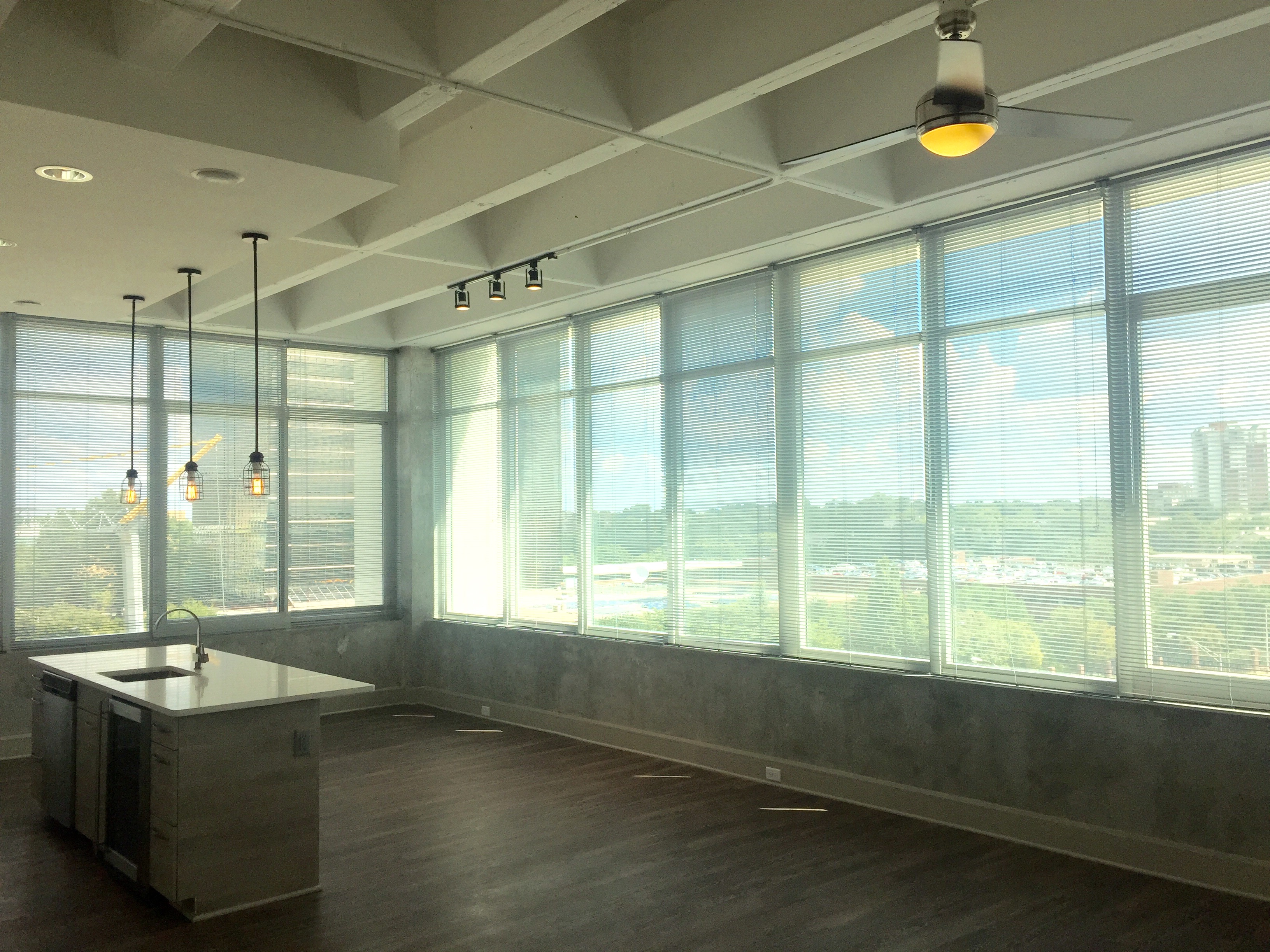 As Atlanta prepares to celebrate the 20th anniversary of the Centennial Olympics in 2016, Robinson is excited about downtown Atlanta’s future. “It’s great to see this urban movement where creative minds are taking urban buildings, no matter how old they are and reinventing the space,” he says. “It’s authentic. In Atlanta, we may have been slow to this movement. We usually have torn things down and ended up with a big parking lot but now we have this new group of people, along with some of our older architects and developers like Mr. Portman who are showing us the way. This project, along with Ponce City Market and Krog Street Market are all great examples. Before we start a new building now, people are giving pause to consider these wonderful older structures, which by the way, are cheaper.” 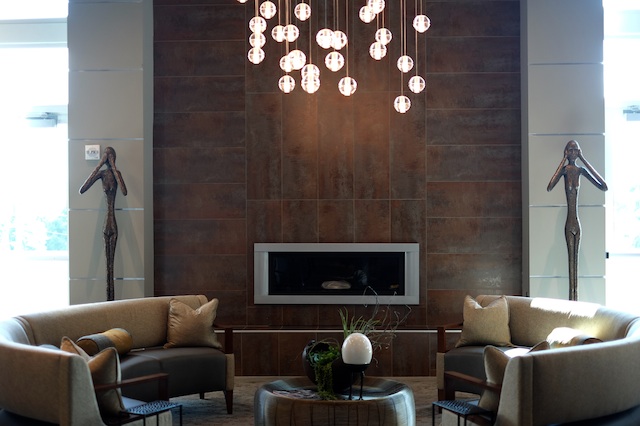 Recalls Robinson: “The only other era when I remember us redeveloping older buildings was the ramp up to the Olympics in the 1990s in the Five Points area. There wasn’t necessarily time to knock everything down and start over. We used what already existed. We got creative. It’s gratifying to see that ingenuity at work once again with these existing classic structures.”

Related  Memories of Eldorado, the Athens Eatery Where The Squalls, B-52's Once Worked

For floor plans and prices, go to The Office website.