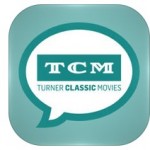 As word spread Monday that Turner Classic Movies had quietly debuted its very own free TCM Emoji keyboard app for Apple and Android smart devices, fans of the network were as giddy as the new app’s dancing Fred Astaire and Gene Kelly GIFs you can now send via text.

Over the last five years as the digital universe has continued to explode, the Atlanta-based basic cable channel has smartly leveraged TCM’s dedicated fan base by building community via the channel’s annual TCM Classic Film Festival in Hollywood and each year aboard the star-studded TCM Classic Cruise.

Via its Watch TCM app, the company offers fans an opportunity to watch selections from its classic film library on demand. The goal is to transform the cable channel into a lifestyle brand that film-frenzied fans can fully integrate into their lives, whether they’re parked in front of a TV at home or not. 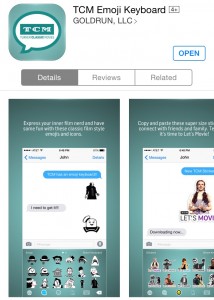 Coming this fall, TCM will further expand its footprint by launching on Amazon Fire TV, the first Turner network to be made available on the non-cable streaming service. 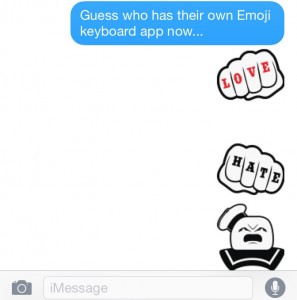 With Monday’s debut of the TCM Emoji app, the network created by Ted Turner now gives movie buffs the opportunity to literally communicate in film-speak with other fans. In addition to emojis ranging from Groucho Marx’s iconic eyebrows and moustache to Elsa Lanchester’s 1935 “Bride of Frankenstein” spooky spouse to the 1984 villainous “Ghostbusters” marshmallow man to Robert Mitchum’s sinister “Love” and “Hate” finger tattoos from 1955’s “Night of the Hunter, the new TCM app offers a wide range of emojis to convey your current emotional state. 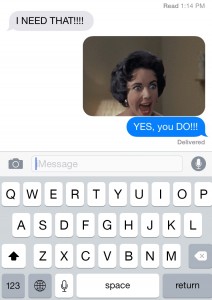 In the app’s classic film GIFs video clip library, there’s a wild-eyed Jack Nicholson in 1975’s “One Flew Over the Cuckoo’s Nest,” Charlton Heston frantically rowing amongst the other slaves in 1959’s epic “Ben-Hur” and Errol Flynn happily munching a turkey leg in 1938’s “The Adventures of Robin Hood.” 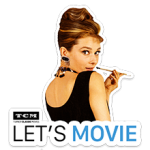 Alas, the inaugural 1.0 version of TCM’s Emoji keyboard app does not yet feature a GIF of a certain veteran TCM host and Academy Awards historian mouthing the words “Hi, I’m Robert Osborne…” Yet. 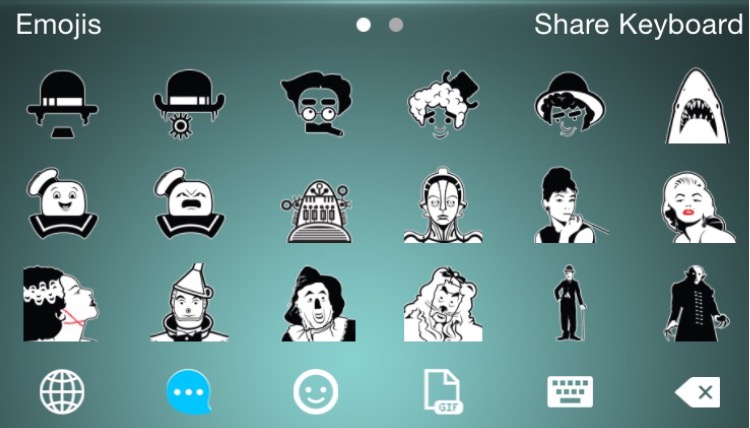 Related  Robert Osborne's Intuitive Interviews: 'He Never Forgot He Was One Of Us — A Movie Fan'

The First Look at 2015 TomorrowWorld’s Craziest New Stages! Living at The Office Is Redefined With New Luxe Downtown Apartments