Throughout August, Soul legend Candi Staton is serving as Eldredge ATL’s Guest Editor. On Friday, August 24, the Georgia resident will release her 30th album, “Unstoppable” and on Sunday, August 26, Staton, 78, will perform a rare Atlanta concert at City Winery.

To kicks things off this month, as she rehearses for a U.S. tour to support her new uplifting, #metoo inspired album, Candi looks back at her half century recording career. During a recent interview together, I pulled out a stack of vinyl records from each decade of her career and asked her to thumb through them and reflect for fans what she remembers about each. In short, we had a ball together. I’m thrilled to now put readers on the couch next to us as a soul, gospel and disco icon looks back on her 50-year recording career. 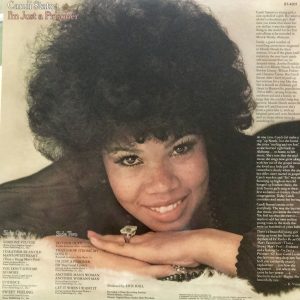 I was scared to death! (laughs). Look at me. I was a baby. Fame Records had just signed [a distribution deal] with Capitol Records and they took me shopping in L.A.  They put me on a big beautiful plush white rug and the photographer starting shooting. Then they put me in a black outfit. This was the late sixties and we were marching and chanting “Black Power!” and they told me to cut my beautiful long hair. You know that hair that women today buy for hundreds of dollars? That’s what my hair looked like. And they told me to cut it in favor of an afro. That same hair they made me cut? Today women go out and spend all kinds of money in a store to get that same hair! [laughs].

[Fame Records producer] Rick Hall sang me hoarse trying to get the vocal on “I’m Just a Prisoner” in that studio in Muscle Shoals. By the end, I didn’t even need the sheet music. I knew every word. I was almost singing ‘I’d rather be lonely than . .  . to be in here! He sang me hoarse and that’s the version you hear on the record. Rick’s ear was tuned to Wilson Pickett. That’s how he naturally sang. But that’s not how my voice sounded naturally. But the experience was worth it to me. It taught me a lot. It helped me to find the emotional center of a song. To this day, when we’re in the studio, I’ll listen to something and say, “No, that doesn’t have it. Let’s try it again.” When you feel it, you know. That’s what Rick taught me.

[Former husband and blues musician] Clarence [Carter] gave me that ring I’m wearing on the back cover. That was a beautiful aquamarine ring. I ended up losing it. It was so big I couldn’t sleep with it on and I went into a service station bathroom half asleep and it dropped out of my pants pocket. Somebody got blessed. 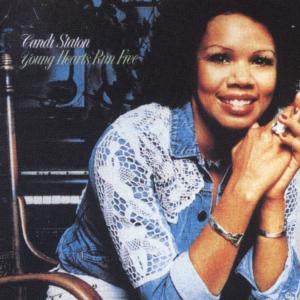 In contrast to how we recorded at Fame, it was so refreshing to record “Young Hearts Run Free.” We cut it in L.A. When [producer] Dave Crawford said, ‘That’s it,’ I could have fainted. We did the whole album in a day. And then I got on a plane and flew to North Carolina to a gig and did a show! There’s an energy to that record that’s not like any of the others. It was upbeat.  We didn’t over think anything. It was the 70s, the height of disco. It just made you feel good. 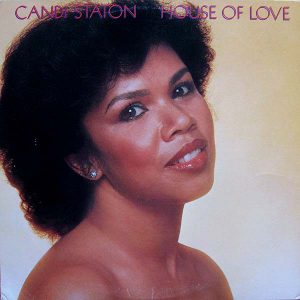 They had [Mario Casilli], one of the best photographers in L.A., shoot this cover. I went to the Grammy Awards that night in this dress. And because I was signed to Warner Bros, the people from my label wanted me to meet a new artist they had just signed. One of the promotion guys pulled me aside and said, “Candi, there’s someone I want you to meet. He’s going to be a superstar.” Here was this short little kid with a big afro. It was Prince. I shook his hand and he bowed to me and smiled and then just went on his way. 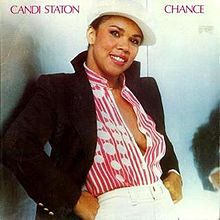 “When You Wake Up Tomorrow” and “Rock” were the big ones off of this one. It was fun to make. Sometimes, lightning struck and sometimes it didn’t. Sometimes, you’d just get a good turntable record that the DJs played. I had a lot of turntable hits that didn’t sell. Or back then, people had cassette players and they’d record it off the radio so they didn’t have to buy the album. We lost a lot of money that way. [laughs]. 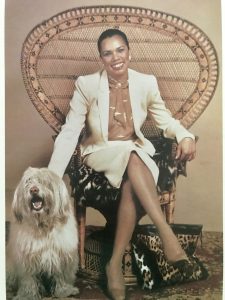 This was the photographer’s dog on the back cover, not mine. I just remember he needed a bath. Bad. He did not smell good. I hated putting my hands on that dog. (laughs). Jimmy Simpson and I produced this one together. I got to wear a cashmere jacket for the cover shoot too.

This is when I met my third husband, John [Sussewell]. He played drums on this record. This is where we met. John actually took the cover photo. This was in my sister’s living room by her fireplace. I put on this 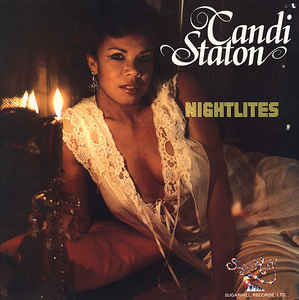 negligee and John took the photo. We re-cut “Suspicious Minds” for this album. “In The Still of the Night?” How did that go?! [laughs]. Now, I remember “Hurry Sundown” on Side B. Deniece Williams [co-]wrote that one. I have no earthly idea what “Tender Hooks” is though. I remember the last track, “Count on Me,” because I wrote it. I’ve got to re-listen to this one!

Lord, look how young I was. I believe this one was nominated for a Dove Award. I look so cute! This was a record from when I had my own gospel record label in Decatur. I was writing most of my own gospel music. I was getting back to my 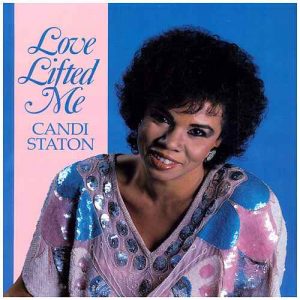 roots. Gospel has always been my stabilizing factor. I’ve been singing gospel since age five. By the end of the Warner Bros period, I was burned out. Because, when you were in the big leagues, you were expected to compete. Compete with Aretha, compete with Chaka, compete with Gladys. We were all trying to get that hit record and get on the charts. But there were only a limited amount of people who can get on those charts at any one time. I was tired. So, I went back to church. I didn’t care about hit records anymore. I ended up reaching a whole new audience and a lot of the secular folks followed me over to the gospel music, too. I had acquired some wisdom along the way, too. Those were wonderful days. 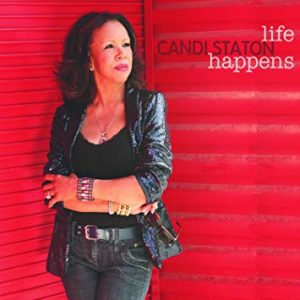 We were performing at the Bowery Ballroom in New York and someone came backstage and said, “Rick Hall’s here.” He was standing at the bottom of the stairs. He told me, “Your voice hasn’t changed a bit. You know, what, Candi? I think we’ve got one more record in us. Let’s do it.” And we came up with “Life Happens.” Rick taught me how to make a record, how to put feeling into it. Rick was soulful. He always went for the feel. Back in the day, he sometimes spent three days cutting a vocal. We would do a 100 takes and he’d come in and say, “There’s still something missing.” I remember asking him, “Rick, what could be missing after a hundred takes?” He’d say, “I don’t know but we’ll find it.” That’s just the way he worked. I’m so happy that we got to make “Life Happens” together (Hall died on Jan. 2, 2018). It ended up being the last album Rick made. It was a great way to honor our work together.

‘Bless His Heart’: Remembering Tom Wolfe, ‘A Man In Full’ and Wolfe Watch Life Lessons From Aretha and the Art of the Backwards Exit Shimmy