“Queer Moxie” directors Heather Provoncha and Leo Hollen Jr. had a few heart-stopping moments Sunday afternoon at the world premiere of their Atlanta-set documentary, “Queer Moxie” at the Out on Film festival. Twice during the sold-out inaugural screening at Landmark Midtown Arts Cinema, the film froze onscreen as the doc’s directors, cast members, family and friends seated in the theater all collectively held their breath.

But living on the edge is nothing new for the pair. After six years, shooting 200 hours of performance, interviewing 100 artists and amassing 50 hours of interview footage, Provoncha and Hollen Jr. finally finished the final edits on the doc Wednesday night.

Provoncha, a former stage manager, first learned how to use a camera in 2009 as a way to document the rich diversity of Atlanta’s LGBT drag kings and queens, comics, spoken word artists and poets performing on stages across the city.

“It was performance artists that started Stonewall,” Provoncha told former Georgia Voice editor Dyana Bagby (and one of the film’s interviewees) in 2014. “It takes a lot of moxie to get on stage as a marginalized group, especially queer people—we have men dressing as women, women dressing as men, burlesque, spoken word, women of size, comedians who are telling jokes about being gay and not being the punchline. All of this is helping us get our rights for the queer community.”

To be certain, “Queer Moxie” is an enlightening, educational and, ultimately, an empowering piece of filmmaking.

The two stars who received the biggest reaction during the screening was Atlanta poet (and daughter of a Black Panther) Theresa Davis, who recalled her father’s parting piece of advice to her: “Stop hiding. Do the art I was put here to do.” And Lily White reminisced about the first time she shared photographs of her performing in character with her mother. “She said, ‘I don’t really understand this, but you’re doing God’s work. You’re making people happy.’”

After the film’s premiere, I moderated a conversation about the making of the documentary with directors Heather Provoncha and Leo Hollen Jr. and in a rare public appearance together, “Queer Moxie’s” stars, including iconic Atlanta drag performers Diamond Lil (who arrived on the arm of drag king Devin Liquor) and Lil’s protégé, longtime Backstreet performer Lily White, along with acclaimed spoken word artist Theresa Davis and comic Brent Star. Here’s an edited transcript of our conversation. 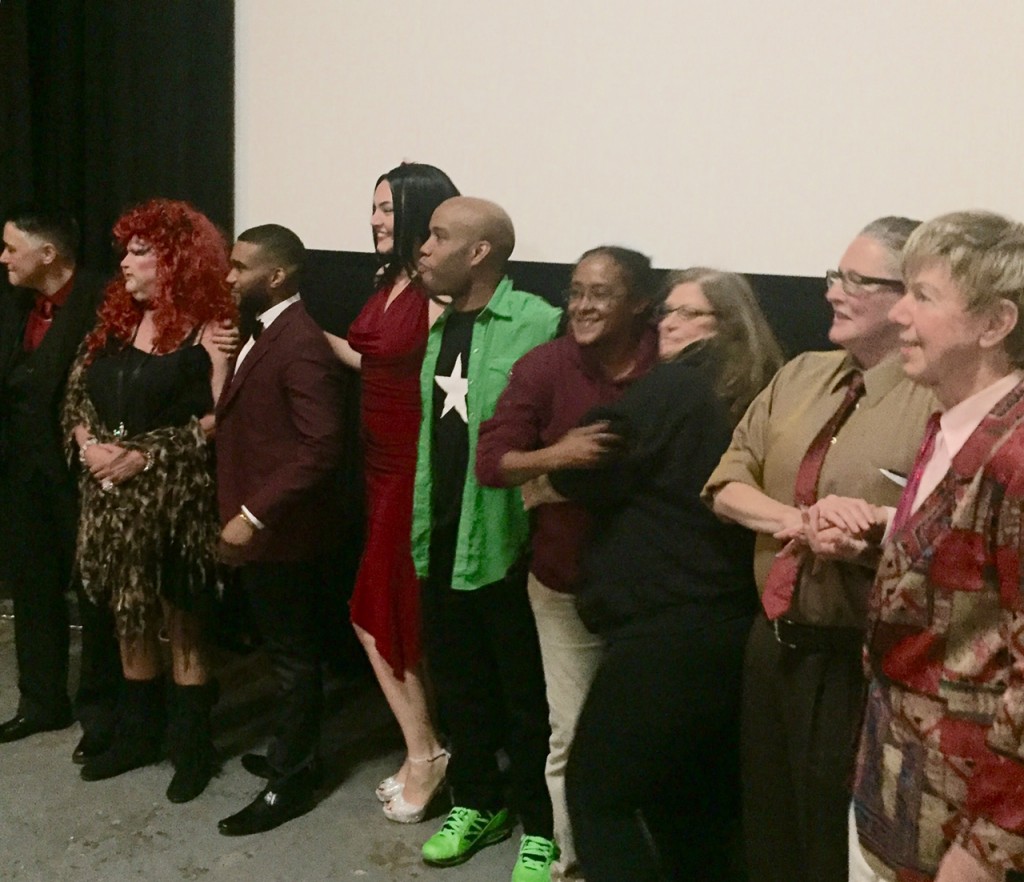 Eldredge ATL: Heather, what started this process for you six years ago?

Heather Provoncha: I kept going to shows and I loved it. I found my inner gentleman and I saw other people finding themselves as well. I picked up the camera because I sucked at taking pictures.

Eldredge ATL: Lily, you have one of the emotional highlights in this film. We’re all probably still a little teary-eyed after watching that final scene of yours. Can you tell us your initial reaction to seeing your career captured onscreen?

Lily White: It’s just great. It brought up a lot of memories for me. I also saw a lot of things I had never seen. I feel like I know everyone a little bit better now.

Related  ' It’s OK to be who you are': A Q&A With 'Saturday Church' Actor Luka Kain

Diamond Lil: (turning to face Lily White) If it weren’t for me, you wouldn’t be here, Blanche! (crowd laughs).

Eldredge ATL: What are your thoughts having just seen your life on screen?

Diamond Lil: I can’t believe it, but I deserve it! Every time they threw me in jail, it was worth it. It ended up inspired my biggest hit, “Jailhouse Jezebel!”

Eldredge ATL: Theresa, you probably received the biggest reaction from this audience. We were riveted each time you were onscreen. What are your thoughts about being part of this film?

Theresa Davis: It’s exciting. It’s been an exciting process watching it come along and checking in on the progress over the years. I’m always nervous about seeing myself on film. That’s why I do stage work. I’m on stage, I do it and then I’m gone! (audience laughs). But this is here forever and I’m honored and grateful to be a part of such a rich tapestry of humans. This film shows all of our beauty. Our young people are going to get to see the history that they need to have and a lot of that comes through this film. (Turning to Provoncha and Hollen Jr.) Thank you for having me be a part of it.

Eldredge ATL: Leo, you were minding your own business studying film at Georgia State and making your own shorts. How did you get involved in “Queer Moxie?”

Leo Hollen Jr.: I work in a coffee house and a mutual friend, Denise, who is here, hooked me and Heather up. She told Heather that I did films and we met once and had a great meeting. We realized we had the same ideas and it just went from there.

Eldredge ATL: Diamond Lil, you raised an important point earlier. When you began performing in this city, there were anti cross-dressing ordinances in effect. What are your thoughts having lived through that era in Atlanta and now seeing a film like “Queer Moxie” being made in 2015? Are you happy that you’ve been able to witness time marching on? 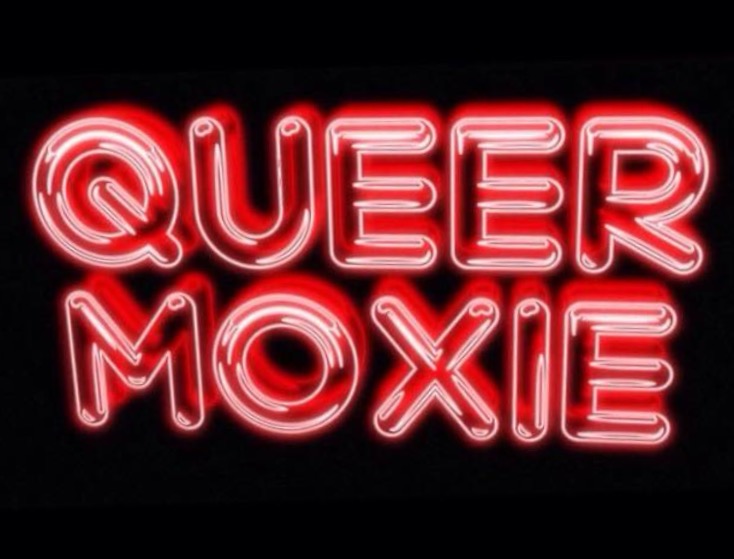 Diamond Lil: I didn’t ever care about the time. I just did my own thing. What would I care about time? I’m timeless. (audience applauds).

Eldredge ATL: Heather, you and Leo finished the final edit on this film Wednesday night for this afternoon’s screening (audience applauds). How much pressure was that on you two?

Heather Provoncha: We really need to thank [Out on Film festival director] Jim Farmer for believing in me and Leo and this film. He said it was OK to dream and to take a chance and supported our run to the finish line. If he hadn’t done that, we wouldn’t be here.

Leo Hollen Jr.: This was largely done out of pocket. We just did it and we had to make it work so that’s what we did.

Eldredge ATL: Brent, I wanted to ask you about the comics represented in this film. Many of us were introduced to a lot of great performers through this doc. What are your thoughts on the exposure this film will give artists like yourself?

Brent Star: I thought it was really important for us to be included because some of us choose to be on stage but there are a lot of gay people who are hilarious [who aren’t on stage]. Some of us choose to make it an art form. I love that this film captures so many beautiful moments and so many talented artists.

Eldredge ATL: Since we have so many icons up here, I want to toss it to the audience and open this up for your questions.

Audience member: This is a question for Devin Liquor. I’ve been in Atlanta since 2008. When I came down here, I had been working with [Washington D.C. based drag kings group] D.C. Kings and you were the first drag king I made contact with. What’s it been like for you to be so visible in the drag king community?

Devin Liquor: It kind of blows my mind that I’m still doing this! I’m celebrating my 10th year anniversary this fall. (audience applauds). All I ever wanted to do was make the scene better and generate a better and wider variety of performances. I encourage people to do crazy things that they might not do otherwise. This whole community makes it happen. This is such an accepting and inspiring community. It’s my family.

Audience member: This is for Lily White. I moved to Atlanta in 1976 and you were the first drag performer I had ever seen. I remember thinking, “What the [expletive] is this?!” (audience laughs). It was a real game changer for me. I became a lot more queer after that, not just a lesbian. So thank you.

Eldredge ATL: Heather and Leo, typically, directors head for the bar when their film screens at a festival. Since this was the world premiere, you stayed in the theater. How was it screening this for the first time for a sold-out festival crowd?

Heather Provoncha: I seriously thought about heading to the bar when the film froze! I don’t really have words yet. It was just pretty amazing.

Leo Hollen Jr.: Those two times the film stopped, my heart stopped as well (audience laughs). I’m just grateful it kept going. When I heard peoples’ laughter, when I saw people react, knowing that they’re watching something we created, something that will be around forever, it just feels amazing.

Heather Provoncha: Continuing to celebrate Leo’s brilliant talents, we’re going to write something brand new and as you listed, all that footage, all those interviews, that’s not going anywhere. It is either going to become a series of short films on some specific people or it’s going to be an archival project. I’m also going to pursue more moxie! (audience applauds).

The Supermassive Automatic World of Kick The Robot Q&A with Emily Saliers: Partying at Ponce, Finding “One Lost Day”