Now the Emerald City of the city’s ambitious Beltline project, Ponce City Market’s transformation will be on full display, complete with tastes offered from Atlanta chefs, including Anne Quatrano, Hugh Acheson and Linton Hopkins, who all now have culinary homes in the Food Hall. 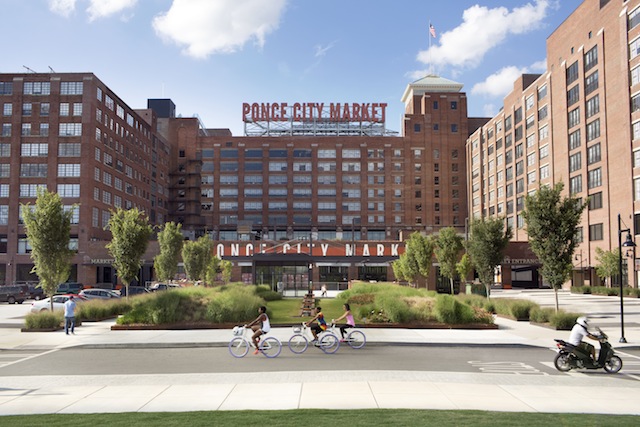 In an interview with Eldredge ATL, Indigo Girl and Watershed restaurant co-owner Emily Saliers discussed PCM’s exciting changes, the origins of the songs on the duo’s new album and why the pair gave filmmaker Kathlyn Horan an all-access pass to shoot the making of “One Lost Day.”

Q: Four years ago when you and Amy performed at the inaugural Party at Ponce, you had also just released a new album, “Beauty Queen Sister.” Did you have any idea that in 2015, you’d be back to play the opening party?

A: It’s just incredible. The other part seemed possible. The idea of us putting out another album in four years was a pretty safe bet. But what they’ve done at Ponce City Market is just phenomenal. I look at how important it will be for our food scene, culture and how it’s going to connect the neighborhood and it’s just amazing. We’re so proud to be associated with this. To have the vision to do a project that big and the fact that there’s nothing else like it in Atlanta is really cool. Bringing this to life right on the beltline and hooking up neighborhoods together and doing it all in an urban setting is just very progressive and very exciting. 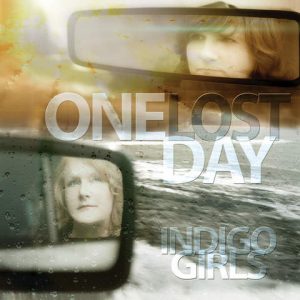 Q: What songs from “One Lost Day” will be most fun to play for fans Saturday night?

A: Honestly, they’re all fun right now because they’re new. They’re all fun for different reasons too. We’ve been playing Amy’s song “Fishtails” a lot with the band and it’s moody and evocative and there’s something dream-like about it. And then there’s a song like “Learned It On Me” which is this pop song that has this arpeggiator synth part on it, which is something we’ve never done before, is fun to sing too.

Q: On this record you’re working with Jordan Brooke Hamlin who music fans will recognize from producing Lucy Wainwright. Thirty years into making records, is it nice to have a fresh perspective providing a little push in the studio to get you out of your comfort zone?

A: Yeah, there’s no doubt about it. When we first started sending her demos and she would send back little musical ideas for the songs, each one was just perfect. We had faith in her before we even went into the studio. And then in the studio, she’s talented and has clear opinions on what she wanted. It was an incredible experience. It helped us grow.

Q: You had one song in your notebook that was almost completed, “If I Don’t Leave Here Now” that made it onto the record. How did Jordan help to transform that song for you?

Related  This Might Be The Very Last Prince Concert Photo. Here's The Amazing Story Behind It.

A: It was a contender for the record but when Jordan said, “If you slow this down and make it a ballad then it hits me where it needs to hit me.” It had been a mid-tempo song. It’s a song about addiction and how easy it is to die from addiction. I was really devastated by Phillip Seymour Hoffman’s death. I didn’t know him personally, I just admired his work as an actor. But the song is really about anybody who is struggling with addiction, whether it’s drugs, alcohol or gambling. It’s about saying, “If you don’t get out of that place right now, you’re not ever going to and you can’t do this just on your own.” It was a song that was near and dear to my heart. When he passed away, I finished it. 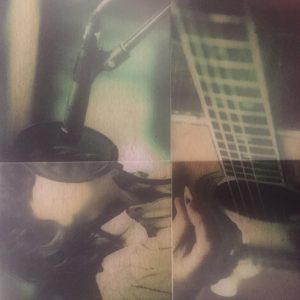 Q: I bought the new album on vinyl and “If I Don’t Leave Here Now” is the lead track on side three. I ended up lifting the needle and listening to it three times in a row when I first got the record. Your vocal performance on this is really quite astounding. There’s a lot of vulnerability present. Can you talk a bit about recording the vocal?

A: It was just one take and I didn’t want to do it, actually. I didn’t feel good, I was in a bad mood and I didn’t have faith in pulling it off. A lot of times, I like to record a track and then overdub to it so I can get the vocal performance that I want. This was completely live and I was very vulnerable. I told Jordan, “I can’t do it.” Jordan said, “Just try it.” And that’s the take we got and that’s the take we used.

Q: A lot recording artists would never invite a documentary filmmaker into the studio to shoot them making an album. Again, it’s about being vulnerable, it’s about trying to work something out creatively where conflict can sometimes occur. How did that affect the recording?

A: Kathlyn Horan shot the film and she’s an old friend. I don’t know how she does it, but she’s always there with the camera but she’s never in the way. She doesn’t ever distract from the actual process. Amy and I get along really well so there’s never any knock down, drag out fights to document. There’s none of that kind of drama. But we weren’t dressing up, I’m overweight and we were making mistakes, basically, we were who we were. We wanted it be honest and true. We’re really, really thrilled with it. It gives you a very keen idea of the process into making the record. That was the whole point, to let people in. 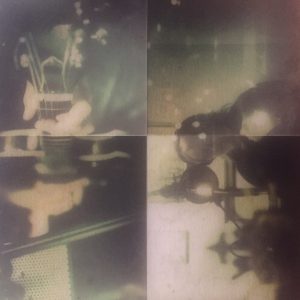 Q: You and Amy are now both moms and your daughters are a year apart. Like the rest of us, are you and Amy secretly wishing for Indigo Girls 2.0 with your daughters picking up the musical mantle for the next generation?

A: Oh, man, we’re gonna force them to love each other! (laughs). They’ve had a couple of play dates. Usually, it’s just a scheduling thing. Amy lives in [North Georgia] and I’m in Atlanta. We don’t see each other that much. And [Amy’s daughter] Ozie’s a year younger and you know, when you’re a year apart you don’t always hang out at that age. But the hope is, and I see this happening more and more, is that they come out on the road with us and they’ll grow up and get to experience that life on the bus, the touring life and being around music all the time. They both absolutely love music and they’re both aware of what we’re doing. Plus, they like our music, which is really cool. Cleo knows about every word to “One Lost Day.” It’s the cutest thing ever.

Related  This Might Be The Very Last Prince Concert Photo. Here's The Amazing Story Behind It.

Q: I would be remiss in my responsibilities as a nagging journalist if I didn’t ask about the much-anticipated Emily Saliers solo debut. I’m hearing you’re now six songs into it and there’s the possibility of a 2016 release. What characteristics do your solo songs share? 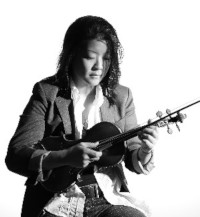 A: We’re shooting for 2016 release. I’ve been working with Lyris Hung, who plays violin with us and is on the new album. She lives in New York and has her own musical projects too. We’ve been working long-distance and she comes down for long weekends. We’re now seven songs in! It’s very beat-driven, very rhythmic. There’s a lot of overlaying of textures. There’s violin playing and I lay a vocal on top of that and then there’s an overdubbed electric guitar part and then you have four different beat sections. It’s really going to be quite produced and focus heavily on rhythm. For me it’s completely new. We still haven’t figured out how on earth we’re going to play it live!

Q: You hired a talented young photographer named Evan Carter to shoot the images that make up the gatefold jacket and the sleeves of the vinyl edition of “One Lost Day.” The photos are gorgeous. Speaking of the next generation, how is it possible that your longtime manager Russell Carter has kids old enough to be shooting album photography? 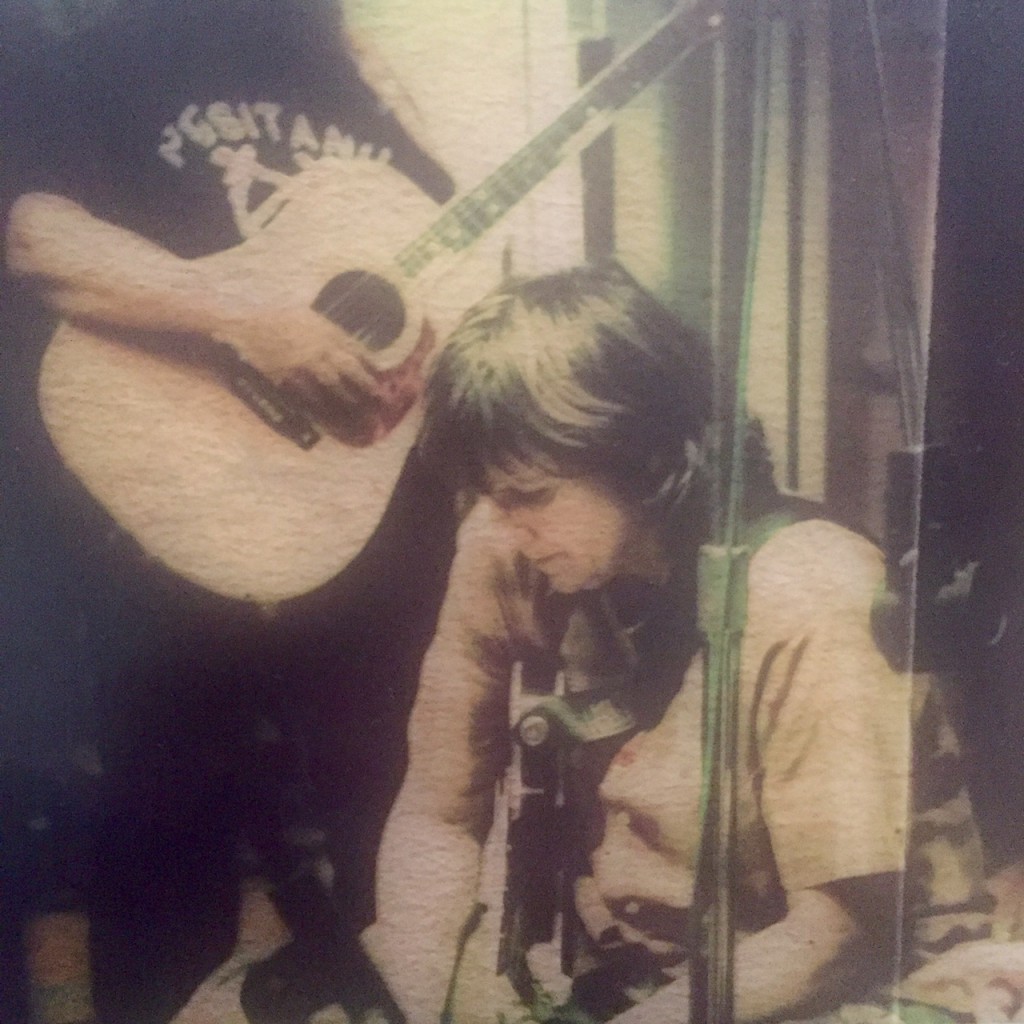 A: Right?! Russell has three sons. Cooper is the oldest and he edited our “Happy In The Sorrow Key” fan video that we’ve just posted online, Evan does photography and shot the great photos for the new album and Adrian is at NYU, plays violin and toured with Amy and played on her [2014] solo record [“Goodbye Tender”]. It’s complete nepotism. We’re just using those boys! They’re smart, talented and they’re just lovely guys. We’re family.

Indigo Girls will perform with Shawn Mullins and David Ryan Harris Saturday, October 10 at Party at Ponce from 5 p.m. to 11 p.m. as part of a community fundraiser for the Atlanta BeltLine Partnership, Georgia Organics, The Atlanta Bicycle Coalition and Museum of Design Atlanta. For tickets and more info, go to partyatponce.net.