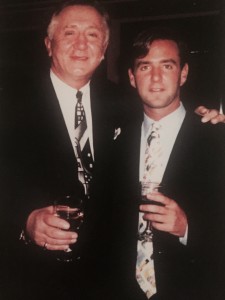 It’s where the benefit’s namesake and now-national retail arbiter Jeffrey Kalinsky opened his first store 25 years ago. As a kid growing up in Charleston, Kalinsky sold shoes at his father Morris Kalinsky’s iconic Bob Ellis shoe store. After college and establishing a name for himself as a buyer for Barney’s in New York, Kalinsky longed to open his own shop. Meanwhile, his father was noticing a new trend in Charleston — style-starved women were driving from Atlanta to buy shoes in his shop.

With Jeffrey Kalinsky at the helm, Bob Ellis at Phipps Plaza debuted in 1990, followed in 1996 by his Atlanta retail debut of Jil Sander and his own Jeffrey Atlanta boutique.

Today, Kalinsky is perhaps best known nationally as the gutsy retailer who sidestepped the animal entrails in New York’s meat packing district to launch Jeffrey New York in 1999 and helped to transform that section of Manhattan, along with the fashion sensibilities of New York shoppers. Kalinsky would go on to be a vice-president and designer fashion director at Nordstrom, bringing his fashion forward vision to the department store.

But Jeffrey Kalinsky has never forgotten his Atlanta roots. He’ll celebrate 25 years as an Atlanta retailer this Sunday night with a private party at his eponymous store at Phipps and on Monday night where he’ll preside at Fashion Cares Atlanta 2015.

Between final fittings for the runway show Wednesday, Kalinsky took a break to speak with Eldredge ATL about his amazing 25-year career and the life lessons he learned from his dad Morris Kalinsky, who died in 2010 at age 86.

Q: I wanted to begin by asking about this wonderful photograph of you and your father being used for the invitation to your 25th anniversary party. It’s probably the only time I’ve seen you in a tie, Jeffrey. Do you recall when it was taken?

A: (laughs) I don’t want to guess and be wrong. I can say with complete certainty that it was taken at a party at the store within the first three years of being in business here in Atlanta. It could have been taken at the opening party.

Q: Take us back to 1990. You’re fresh out of school and you’ve begun making a name for yourself as a buyer for Barney’s in New York. But you want to open a shop yourself. At the same time, your father is noticing that women are driving from Atlanta to his Bob Ellis store in Charleston to buy shoes. Who put two and two together there?

A: We both did. You never know if something is going to be a home run but we did know that women were coming from Atlanta to Charleston. A lot of them had hard-to-fit sizes and my father was famous for carrying from a size four to a size 12. In 1990, there was still quite a market for that. My dad had a great selection of designer shoes that weren’t being offered in Atlanta. When we opened in Atlanta, the major stores did not have a robust offering of designer shoes. They weren’t capturing what was happening in fashion with designer shoes. The day we opened, we had Prada shoes and handbags. We had Manolo Blahnik shoes, which no one was carrying at the time. We believed in Atlanta. We believed that women in Atlanta wanted the best. They responded immediately.

Q: As a kid, you’ve said that you hated working in the family Bob Ellis store in Charleston. But you learned to appreciate it later in your career. What other lessons did you learn about retail early on in life?

A: I learned a lot just by being at the dinner table, just being around my father. Listening to my father and observing my father, I learned the value of relationships and the value of service. I learned the value of treating everyone like they’re your best client. He was teaching me all the time, whether he realized it or not. Before having dinner with his family at night, he would stop on the way home from the store to drop off shoes or pick up shoes. I remember listening to him tell a story once about being [a buyer] in market in New York and being kept waiting for hours because a big department store had a meeting inside. They were treating my dad as less-than and he talked about how that made him feel. He taught me that you just don’t treat people like that. I learned so many things from him.

Q: Let’s fast-forward to 1996. Bob Ellis shoes in Atlanta is a smash success and then you want to open a Jil Sander shop at Phipps. What most people forget in 2015 is that Jeffrey Atlanta almost didn’t exist. You originally wanted to open a small Prada store adjacent to Jil Sander but the deal fell through. Were you nervous about putting your own name on the door?

A: I can’t really say I was nervous. I remember being disappointed that the Prada shop didn’t happen. I didn’t really know what to do for about 24 hours. But being young and nimble and confident, I was able to pretty quickly say, ‘I’m going to open my own store and I’m putting my name on the window.’ I went to Europe. Prada had agreed to continue to sell me their ready to wear line and I bought six other lines of clothing that I loved. Things turned out perfectly. It just goes to show you that God is always looking out for you.

Q: Suddenly, women in Atlanta were talking about the clothes they were trying on and buying at Jil Sander and at Jeffrey and how the fit was different and how it made them feel differently about themselves and their bodies. Every outfit they bought that fit them perfectly brought out a new confidence. What was the impact of that on you?

A: It just gave me so much confidence. At the time, Jil Sander was probably the greatest product in the entire world. That was a joy to sell and to put on people. And like you mentioned, the fit was unbelievable. It made everyone look 10 years younger and 10 pounds slimmer. It was very transformative. It was so exciting to be a part of that. It was probably the greatest time of my life.

Q: When you arrived in Atlanta in 1990 what did you originally focus on, style-wise?

A: Something else my father taught me was to sell people something you wanted them to have. Not necessarily what they thought they wanted. That was my mindset. Just go into the market and buy the products I loved the most. There was really no one else doing that. Even today, buyers for big stores are very reactionary. Maybe they’re trying to outdo the other big store in town. It’s not nearly as personalized. I was here and I loved the city and I loved the women. It was deeply personal for me. 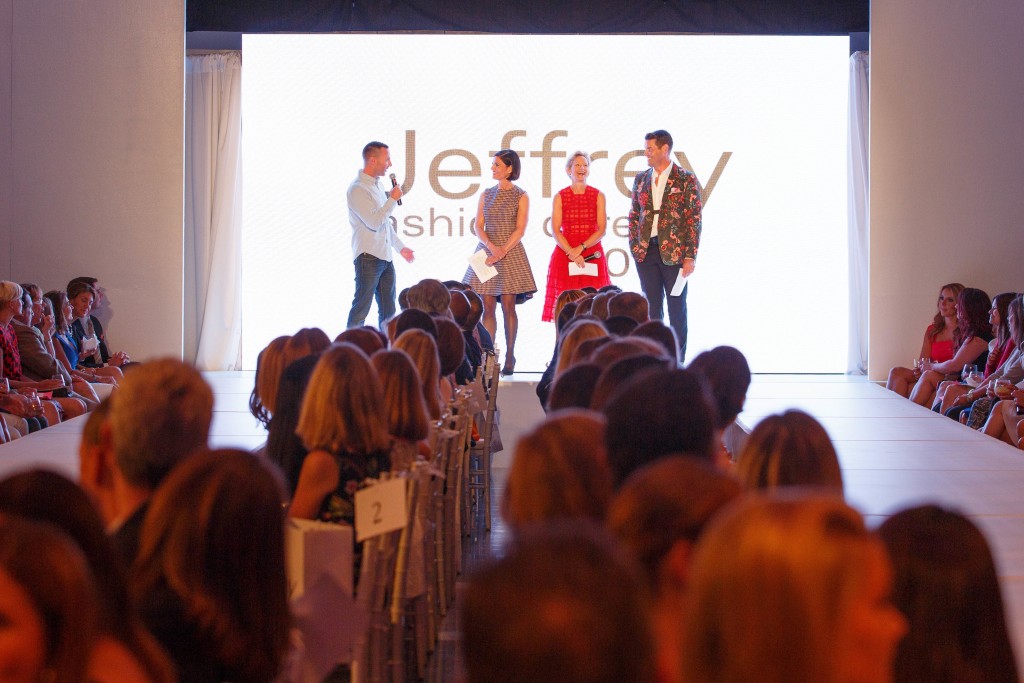 Q: When you look back on 25 years of style and fashion and you reflect on that evolution, what would you say are the biggest changes you’ve witnessed? Is it mind-boggling to walk through Phipps Plaza in 2015, knowing what it looked like in 1990?

A: There’s always evolution in life. People always talk about Jeffrey New York and they always ask about the foresight of opening in the meatpacking district in 1999. In a lot of ways, Phipps Plaza in 1990 was the meatpacking district here. It was an open-air mall with very little foot traffic. We had Saks Fifth Avenue, Tiffany & Co, Carter-Barnes Hair Artisans and the Peasant Uptown restaurant. Those were the big draws. That was kind of it. People thought we were crazy to open at Phipps. But it was safe, there was plenty of parking and I really believed in it.

So much has changed in 25 years. In terms of the entire country, there’s a much- heightened interest in fashion. I don’t know if it’s because we’re fed so much more information through celebrities or through social media such as Instagram. We have a lot more tools now to learn about what’s going on. The truth of the matter is, in 1990 there were many, many people in Atlanta who traveled the world and who had an interest in nice things. Maybe the difference is, in 1990 they were called ‘nice things.’ In 2015, we call it fashion. It’s really the same.

Q: Without giving too much away, what can people expect Monday night at the 2015 Jeffrey Fashion Cares runway show at Phipps Plaza? Any trends in particular?

A: I’m not such a trend guy. I always just try and put the best of the season on the runway. Not just the things we know will appeal but also the things we think are important. We put out what we believe in. It’s new, it’s provocative and hopefully it’s entertaining. The whole idea is to entertain so we can raise money for these important causes.

Q: Going into this 25th anniversary party Sunday night, I know you’ll be thinking about your dad. Does it please you to know that he lived to see what a success you’ve become in the industry that was his life’s work?