A One-Way Ticket To Palookaville With Jeremiah Parker Hobbs

It’s 1:20 on a Tuesday afternoon and Atlanta actor Jeremiah Parker Hobbs is relaxing at one of his favorite watering holes, Palookaville in Avondale Estates. He’s celebrating his first day off in a month with a CornDogski on a stick, an order of cheesed, onioned, peppered and poutined Garbaged Fries and a draft microbrew. He’s more than earned a beer, shredding his vocal chords nightly over seven weeks (and held over through two extensions) portraying AIDS infected pretty boy front man Roger Davis in the box office record-breaking Actor’s Express production of “Rent.” The show closed on Sunday.

Over the past two years with high profile roles, including “The Rocky Horror Show” and “Bloody Bloody Andrew Jackson” at Actor’s Express, Knuffle Bunny” at the Alliance Theatre, “Hair” in the meadow at Serenbe Playhouse and “Godspell” at Stage Door Players, Jeremiah Parker Hobbs has become Atlanta’s rock musical go-to guy.

As a “Rocky & Bullwinkle” cartoon plays on a TV over his head and Led Zeppelin’s “All My Love” cranked on the Palookaville sound system, Hobbs is explaining the complexities of playing “Rent” super-couple Roger and Mimi with actress Julissa Sabino, who is also his offstage girlfriend.

“Because the show is so vocally demanding, we wake up in the morning and we’re quiet throughout the day,” Hobbs explains. “We communicate mostly through hand signals until we get to the theater.” The actor concedes that during the rehearsals early this summer when they were focused only on “Rent’s” first act, things were a little tense at times.

“Most of Act One involves our characters being mad at each other,” he explains. “We realized that we were leaving the theater with that tension on our shoulders. We would get in the car and I’d ask, ‘Where would you like to go for dinner?’ ‘I don’t know.’ ‘I WISH YOU WOULD JUST TELL ME!’” Hobbs laughs and adds, “Now that we can take the entire journey together as Roger and Mimi each night, things are a lot nicer after work.”

Between performances of “Rent” this summer, Hobbs and his writing partner, Atlanta actress Jessica De Maria have been busy bringing Jacob and Grace, another pair of star-crossed lovers to life, via their new musical, “The Last Time We Were Here.” In late July, they traveled to New York to debut the new work as an official selection at the New York Musical Theatre Festival for two performances at The Laurie Beechman Theatre.

As they were preparing for their flight, the two Decaturites hydrated with a lot of tap water. They were feeling queasy during Saturday’s performance. But by Monday’s show, “we were both in a complete haze,” says Hobbs. Jeremiah and Jessica only found out about the water main break and the DeKalb County boil water advisory from friends later.

“I was so out of it three songs into Monday’s performance, I didn’t even know where I was in the show,” Hobbs explains. “I started a monologue and then realized it was the wrong monologue. I was supposed to change clothes and hadn’t. All of these major producers, directors, all these impressive people were in the audience. Finally, Jessica gave me a line and things snapped back into place.”

Afterward, De Maria’s parents came up to praise the performance, telling Hobbs, “There was this moment about three songs into the show that worked so much better today, compared to Saturday’s performance. You looked completely miserable.” Hobbs reply? “Yeah, that wasn’t acting!”

The actor says the poetic language in “The Last Time We Were Here” is a reaction to today’s acronym-encrusted, Emoji-inserting texting culture. “It’s something that was deliberate for both Jessie and me,” he explains. “Theatre is such a central part of our lives. We’re both accustomed to hearing beautiful things come out of peoples’ mouths on stage. It can be frustrating to hear a beautifully poetic soliloquy on stage and then turning your phone back on after a performance and seeing ‘Wat R U up 2?’ We both have an appreciation for language and we have a poetic mindset when we write.”

The actor admits he is also well acquainted with his character Jacob’s inability to fully understand the opposite sex. It’s been a struggle since he was a teenager growing up in Newnan and attending East Coweta High School. He enrolled in drama class so he could quit band and trade in his trombone for a guitar. “The first song I ever wrote was titled ‘Bethany From Homecoming Court,’” Hobbs recalls with an embarrassed grin. “It was a terrible song. It was about this crush I had in the 9th grade. But the song was the start of my realization about how much potential tragedy exists in relationships. When you break up with someone these days, you don’t stop to process the trauma. You just go on Tinder and swipe right. So you bring the baggage to your next relationship. Our characters struggle in the play about how to express the passion they feel for each other and ultimately they can’t.”

Being able to do a staged presentation of “The Last Time We Were Here” at Actor’s Express early this year for an audience of theatre friends helped the budding playwrights tremendously. “We went into it thinking we had written a very sad show with a few moments of hope,” Hobbs explains. “We didn’t know where the jokes were. And then people burst into laughter. It was really wonderful. It gave us a lot to work with as we revised the play for New York. It’s what I love best about working in theatre in Atlanta. If we were in New York or Chicago, it’s so hard there to get new work on stage. It’s people like [artistic director] Freddie [Ashley] at Actor’s Express who are so willing to showcase new work. As a result, artists and audiences both benefit.”

Up next for Hobbs this fall is the world premiere of “Tell Me My Dream,” novelist and playwright Pearl Cleage’s first play for middle schoolers. Directed by Rosemary Newcott, the Alliance Theatre production runs Oct. 30 to Nov. 8.

The actor is excited to be a part of a show introducing a new generation to the thrill of live theatre. “Sometimes, as actors, we forget what it’s like to go to your very first show. It’s pretty awesome. But people can be weirded out because they don’t know how they’re supposed to act. It’s a learning curve.”

But Hobbs is more than qualified to help middle schoolers with that learning curve. Over the years as he’s become a mainstay on Atlanta stages, even his dad has gotten the hang of going to see his son perform.

Unlike a certain performance of “Once Upon a Mattress,” the first show Hobbs was cast in as a freshman at Columbus State University. As a grin slowly expands across his face, Hobbs explains: “I had one line in the show. After the first song ends, I walk out and say, ‘Ho, Sir Harry!” My dad is in the audience. Six minutes into the show, I come out, say my line and from the stage, I hear my dad yelling, “Yeeeeeeeah!’ Then he begins clapping and is out of his seat to give me a standing ovation.”

When the hysterical laughter at his table finally subsides, Hobbs downs the last of his beer and adds, “I was like, ‘Um, dad, we gotta have a talk.’ But that’s the great thing about live theatre. You never know what’s coming next!” 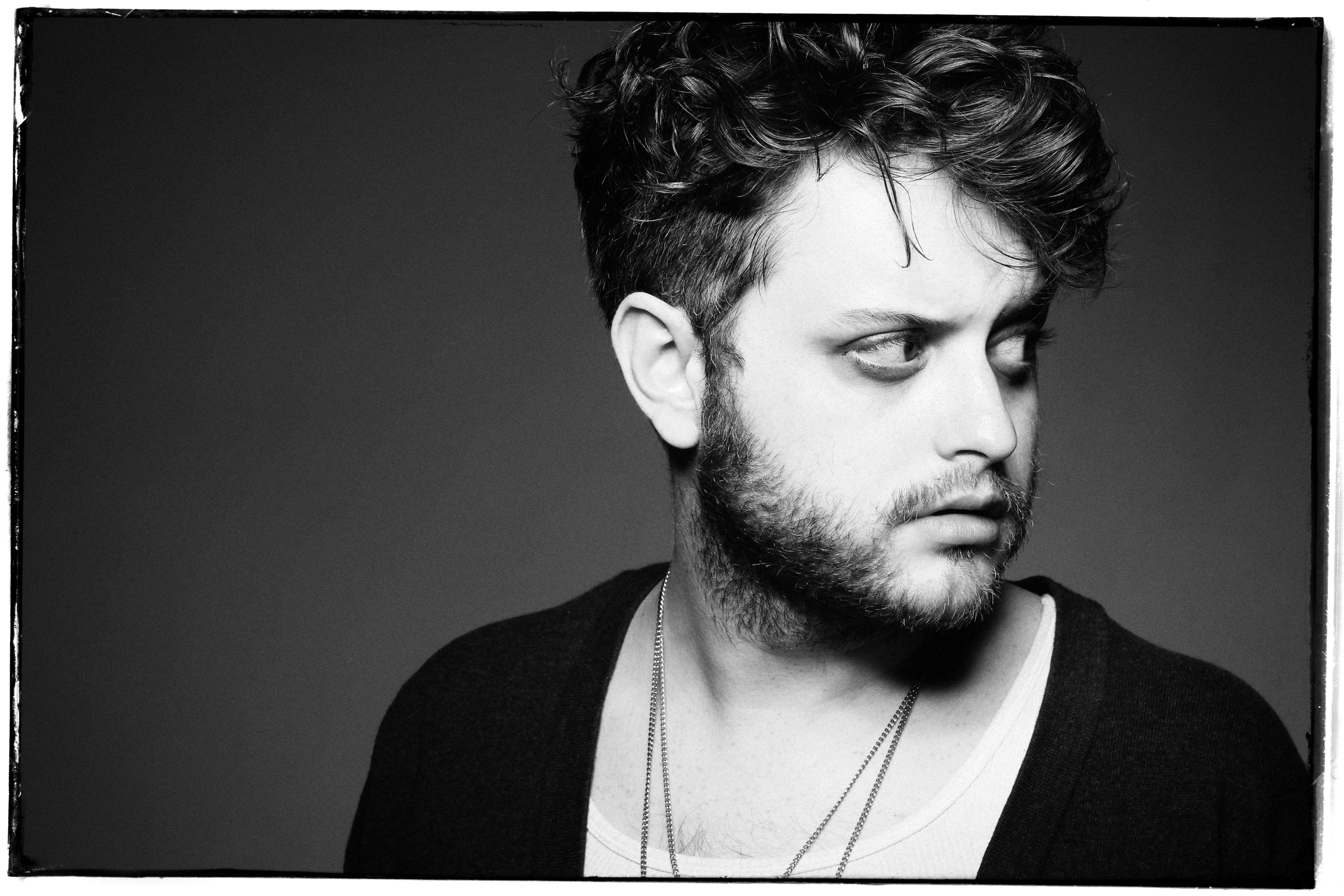