At times during the pre-fashion show reception, quarters got a bit close as hundreds of attendees all congregated into the white curtain draped corridor in front of Tiffany & Co. At one point, I found myself against a wall near the entrance. It was, however, a great vantage point to observe the festivities. There was an air conditioning vent directly overhead, the bar was within elbow’s reach and Action News anchor Jovita Moore was standing next to me. What else could you possibly ask for at a cocktail party? 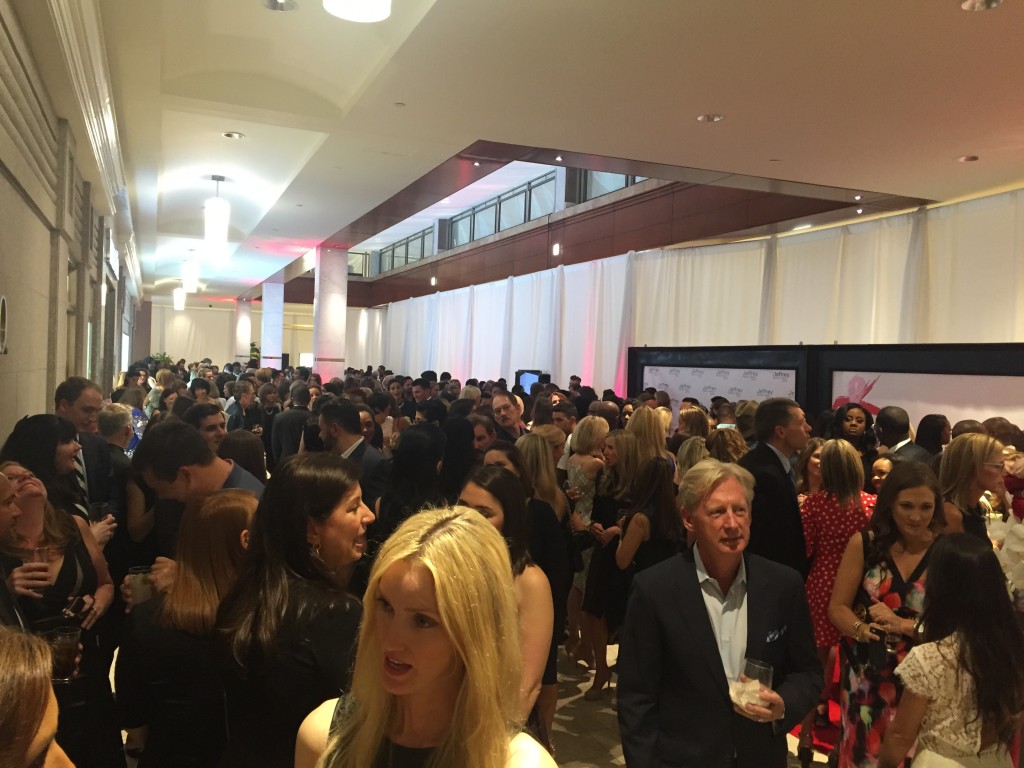 Seated around the white veil draped runway (views of the $500 ticket benefit were obstructed for curious Legoland patrons dangling their heads over the railing upstairs), attendees enthusiastically bid on a Breakfast at Tiffany’s New York package (you and four friends are served breakfast at the jeweler’s famous Fifth Avenue store and then score a tour at Tiffany’s jewelry workshop). The live auction item single handedly raised $8,500 for the Susan G. Komen Greater Atlanta and the Atlanta AIDS Fund. Atlanta pop star and “Pretty Girl Rock” vocalist Keri Hilson took in the fashion forward view from the front row. 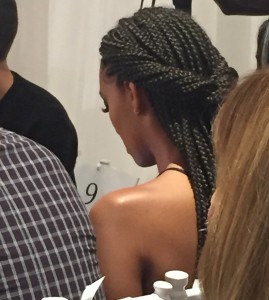 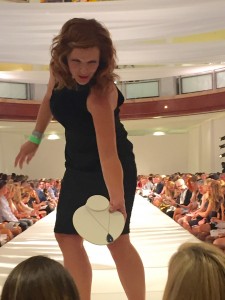 A trip for two to Vogue magazine and an exclusive lunch with one of the magazine’s market stylists during New York Fashion Week, meanwhile, fetched $10,000. A Cathy Waterman diamond and rose-cut blue sapphire pendant (the jewelry designer is a favorite of first lady Michelle Obama) raised $5,000. 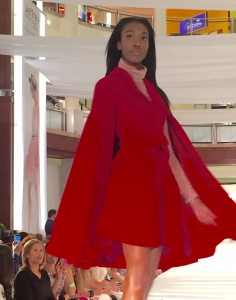 Co-chairs Lila Hertz, Jeffrey McQuithy and Louise Sams arrived on stage, along with Kalinsky himself to thank guests for attending the 23rd fashion event.

And then with D.J. David Knapp supplying the beats and Fashion Cares photographers Ben Rose and Tomas Espinoza snapping away, the lights went down, the stage lights snapped on and the runway show was under way. 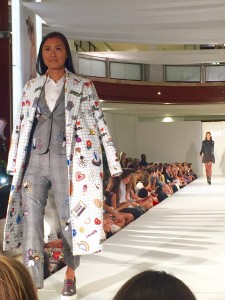 Earlier, longtime Fashion Cares runway producer Randi Layne had whispered in my ear to and told me to expect “edgy and daring” to hit the catwalk this year. Judging from the appreciative “ooohs!” and spontaneous applause throughout, Kalinsky, Layne and company neatly accomplished just that Monday night.

The retailer himself quietly took in the show seated with his mother Sybil who arrived from Charleston for the show. 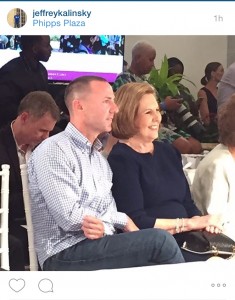 Judging from the Instagram photo he shared later on his official account, his mom loved the cutting edge looks for fall/winter.