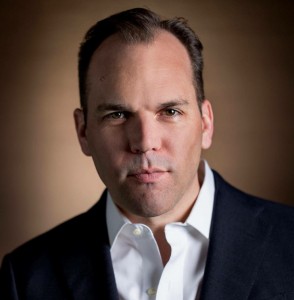 There was a moment Monday night, about the time the massive title card of his Lenox Square exhibition was unwrapped that Atlanta photographer Ben Rose’s career came completely into focus. For the past 17 years, Atlantans know they’re hanging in the hottest nightclub or the see-and-be-seen charitable fashion event if Rose’s elongated frame is positioned on the red carpet or crouched near the catwalk firing away with his camera.
At a private reception Tuesday night, Rose will celebrate some of his best fashion photography as his permanent exhibition, “Striking Poses: A Photographer’s Front Row & Backstage Pass To High Fashion In Atlanta” is unveiled in the Lenox Square gallery entrance adjacent to Neiman Marcus.

For a kid from Marietta who used to hang out at Lenox Square on the weekends and once filled in at the mall’s Wolf Camera shop, Rose’s life has now come full circle.
“This project has somehow evolved from putting a few photos on the wall to becoming a Ben Rose photography gallery and that’s incredibly exciting,” explains Rose. “While the couture is international, the models, the events and the locales are all Atlanta. Everything on this wall was shot within a mile of this building. I wanted this to represent Atlanta.”

To capture most of the backstage images on display in “Striking Poses,” Rose had to work quickly, snapping shots in the 10-minute window just before a fashion show or in the five minutes right after a show. “There are a few minutes right before a show when all the final adjustments have been made and everything is camera ready,” He explains. “And there’s a few minutes right after. The rest of the evening, it’s just clothes flying through the air and complete chaos. The models can go from wearing a $70,000 fur coat in a room full of people to throwing on a wife beater and pulling their hair into a ponytail and exiting dragging a roller bag behind them in just a few seconds.”
“Shooting runway work is a little like shooting sports,” says Rose. “You’re just trying to capture a single moment. It’s a ball in flight or the way it brushes fingertips right before a catch. I focus on the gracefulness of the placement of a foot, the flow of a dress as the air catches it the second when it’s most dramatic. Those are the things that excite me most when I’m shooting fashion.”

As Rose is discussing his creative process, Atlanta rapper Yung Joc breezes by, recognizes Rose and congratulates the photographer (who has shot the still images for Yung Joc’s videos) on the show. The Lenox Square collection of his work represents the most Ben Rose photographs ever framed and assembled in one place. While he’s photographed U2 frontman Bono and pop stars Britney Spears, Usher and Justin Bieber, don’t go to the photog’s house expecting to star gaze. “I started out shooting nightclub photos for websites,” Rose explains laughing. “I’m hired to shoot fashion for clients. I don’t have a star wall at home to remind me of the famous faces I’ve shot. I’m really critical of my work. It’s not important for me to have it hanging in my home.” The solitary Ben Rose image he has framed in his house? A photograph of an elephant Rose quietly snapped while on a trip to Africa.

I asked Ben Rose to walk Eldredge ATL readers through four of his favorites in the “Striking Poses” exhibition.

Backstage with designer Zac Posen at the 6th annual National Black Arts Festival Fine Art + Fashion event presented by Neiman Marcus in 2012: “I just love Zac Posen’s face in this shot. He was such an exuberant guy backstage. He just spontaneously jumped up in the air so he was as tall as the runway models. This really captures his personality.”

Pre-show, 21st annual Jeffrey Fashion Cares Fashion Show, American Cancer Society Center downtown, 2013: “In my experience, [New York and Atlanta retailer] Jeffrey [Kalinsky] doesn’t enjoy being photographed. But this is Jeffrey working, doing his thing, making final adjustments at the last run-through before the show. The room is empty and it’s just Jeffrey in his element with the models.”

Backstage, Carolina Herrera Collection, 23rd annual Forward Arts Foundation Luncheon and Fashion Show in partnership with Saks Fifth Avenue. The Ritz-Carlton Buckhead, 2015: “This was the final shot taken for the exhibition. The scope of the project kept growing. Suddenly, both walls needed to be filled, I had 25 images in play and I realized I needed one more. So I just picked up my camera and went to the Forward Arts Foundation show in December. I hadn’t been hired by anyone to shoot it. I just went in search of that final shot for the show. We ended up using it as the photo on the invitation for the opening reception.

Oscar de la Renta Collection, 20th annual Forward Arts Foundation Luncheon and Fashion Show in Partnership with Saks Fifth Avenue, St. Regis Hotel, 2012: “This is probably my favorite photo in the exhibit. There’s a little girl in red in the bottom right of the shot. Her face is just magical. Here is this Oscar de la Renta couture to the nth degree dress and the little girl is transformed, like she’s staring at a princess.”