Meet Jorge Paniagua, the Guy You Love to Boo in ‘The Bodyguard’

On opening night of “The Bodyguard: The Musical” at the Fox Theatre this week, the audience audibly gasped when actor Jorge Paniagua rose up from the orchestra pit and trained his gun’s red laser dot on Deborah Cox’s forehead. As Daniel Wheeler, Grammy award-winning Rachel Marron’s stalker, it’s Paniagua’s job to elicit such reactions each night. It’s an eerie, terrifying moment in a show that’s essentially a Whitney Houston jukebox musical. The fact that Paniagua physically resembles a Disney prince somehow makes the moment even creepier. And the Shakespearean trained New York actor, who’s been playing the disturbed stalker since October in this first U.S. tour of the show, is loving every minute of it.

Based on the hit 1992 movie starring Houston and Kevin Costner, “The Bodyguard: The Musical” was a hit when it opened in London’s West End in late 2012, just a few months after the former Atlantan’s death at age 48.

Now making its way through Philadelphia, Baltimore, Memphis and Atlanta, U.S. audiences are flocking to the show starring Cox’s impressive pipes as the Grammy nominee tackles Houston’s vocal chord-crippling discography each night. Between the iconic numbers from the Whitney Houston songbook, remaining true to its film origins, “Bodyguard: The Musical” also has to serve as a psychological thriller.

That’s where Paniagua comes in. And the actor has immersed himself so far into the role of the deranged former Army Ranger, he even cuts out letters from magazines and sends stalker notes to Cox in her dressing room. On Thursday, Jorge Paniagua, who also understudies the title role of Frank Farmer in the show, discussed balancing good and evil with Eldredge ATL.

Q: What’s it like to introduce U.S. audiences to this musical on its first tour in America?

A: It’s almost like bringing a movie to the stage. It’s combining the visual with the theatrical, all while we’re sort of dropping the audience into a Rachel Marron concert. As the first [U.S.] cast out of the gate, you get to help pave the way. Playing a character who doesn’t speak very much, the challenge for me as an actor was, “How do I bring this guy to life?” I ended up drawing on elements from “Silence of the Lambs,” “Psycho” and some real-life serial killers and celebrity stalkers. These are guys who don’t talk a lot but their presence is always there, lingering in the shadows.

Q: Most of the roles you’ve done have been hero types. You’re blond and you’re 6’3” so visually you’re playing against type in this show. How did you put yourself in this guy’s shoes?

A: From the very beginning, I asked the director if it was OK to actually write Deborah letters. I would steal magazines from everyone in the cast and make these crazy stalker letters to Rachel. The actual letters used on stage are photocopies of those letters! I’m not a stalker outside of this world so I wanted to see what it was like to write to this person, to a prey. It helped me get inside his head. As a soldier who did multiple tours, we don’t fully know how damaged he’s become.

Q: What was Deborah Cox’s reaction when you go to this Grammy nominated singer and ask, “Hey, would it be OK to send you crazy stalker letters?”

A: I didn’t ask her. The director did. I was too nervous! (laughs). They just handed her that first letter and asked if it would be OK and she said yes. So during the early part of rehearsal, she’d go in everyday and they’d be a letter waiting for her at her station. On tour, I’ve only been able to do maybe two letters. It’s difficult to travel with all of those magazines and I accidentally left my scissors in my carry on at one point and I had to throw them away at the airport!

Q: The climax of the show has you lurking in the orchestra pit right there in the audience aiming a gun with a laser pointer at Deborah Cox’s head. The audience is not expecting that. Can you describe the energy around you as you’re playing that each night?

A: You can see the reactions. I’ve seen little kids cowering around their moms. Every pit is really different so I have to practice it whenever we get to a new theatre. Some are really tiny and some, like the pit at the Fox, are really huge. While everybody else is doing their sound check, I’m doing my death check! I’m there in the orchestra pit in the dark, in character, waiting and I’m hearing the audience yell things like “Don’t do it!” It’s pretty wild.

Q: On opening night here in Atlanta the audience gave the cast a standing ovation but when you came out for your curtain call, you got booed. Does that happen a lot?

A: Yeah, pretty much. Some shows and some cities are pretty severe, too. The people in Philly were really aggressive about booing me (laughs). They totally hated him. I try and take it as a compliment. I’m like, “OK, I guess I did my job tonight.” 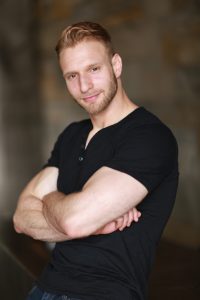 Q: In addition to the stalker, you understudy for Frank Farmer, the hero. You literally play both extremes in this show. How do you mentally shift gears?

A: I just came from rehearsal today for Frank Farmer. It shocked some of the other people in the cast to see me go from one extreme to another. It’s why I’m an actor. It’s what I love. If I have a broken leg, I’m getting on that stage and doing my job. Seven months ago, I was bar tending and doing personal training. Acting to me, is a privilege.

Q: Because Whitney Houston is no longer with us, this musical serves as a tribute to her career and so the entire cast comes out for a reprise of “I Wanna Dance With Somebody” at the end in a sing a long with the audience. Everyone is able to break character, you get to sing a line of the song and you and Deborah hug. Does that help break the tension between you and the audience? 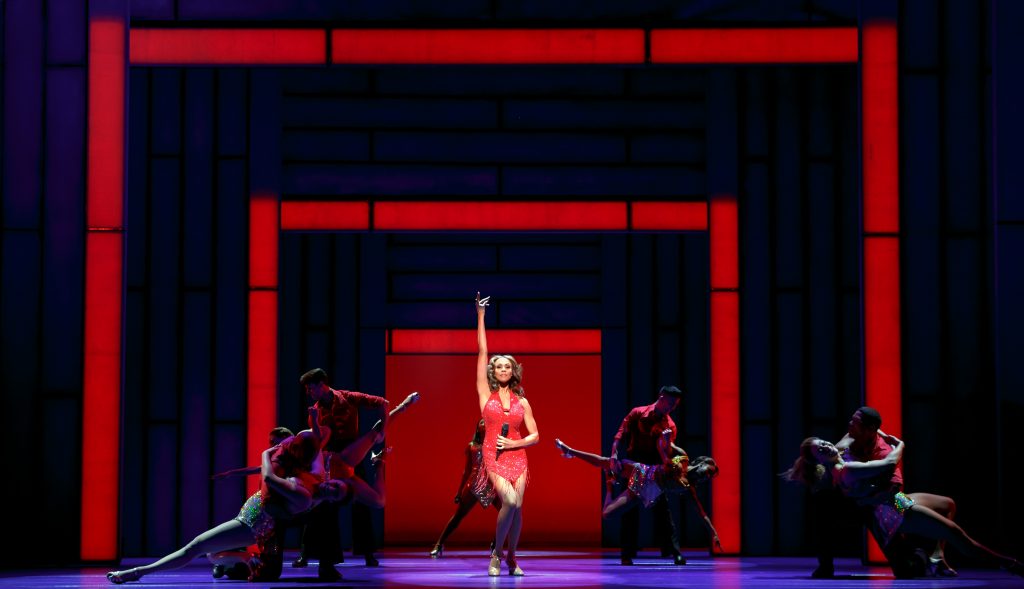 A: Exactly. It’s just us, the cast, breaking that wall and having a good time. It’s a way to step out of the show and reveal ourselves as people. The show goes to some really dark places and it’s a good way to release all that and let it go. If the audience exits singing, hopefully, they’ll want to come back.

That Time I Asked Bob Osborne About ‘The Beverly Hillbillies’… In ‘The Magic Negro,’ Mark Kendall Uses Comedy to Smash Stereotypes