That Time I Asked Bob Osborne About ‘The Beverly Hillbillies’…

Like so many, I loved Robert Osborne. And as a journalist, I was lucky enough to meet and interview him at work at Turner Classic Movies. However, I’m pretty sure I’m in a much more select group than that: I once made Robert Osborne mad.

It’s true. I managed to make one of the warmest, most genial human beings in the world turn icy cold. I must have a knack.

Actually, over the years, I’d prided myself in my ability to land interviews and make people feel comfortable enough to allow me to put their own sometimes shocking or powerful words into context, in permanent ink, in national magazines. It was one of the many reasons I admired Osborne — he was a master interviewer, always armed to the teeth with prepared research, but also always polite, persuasive and … well, disarming. Allowing yourself to be a real, live curious human being in the moment, really listening to what your subject is saying — the value of empathy in interviews is so important I often talked about it on the first day of a college journalism class.

But yeah… Robert Osborne totally flunked me on that.

I’d watched him work on set over the course of many hours, even going to lunch with him in TCM’s cafeteria. It was a dream interview opportunity, garnered after earning the trust of some Turner PR execs, and after I’d written a story about sister network TBS’ groundbreaking night-owl animation on Adult Swim. (Good-egg Osborne once even filmed a TCM-style intro for Adult Swim’s hilarious, surrealistically violent cartoon “Superjail.”).

There were some great background tales, like the oldest TBS employees who remembered working in the main building when Ted Turner lived there, occasionally wandering downstairs late at night in his bathrobe for brainstorming sessions with the crews. Like another Turner invention, CNN (dubbed “Chicken Noodle News” in its infancy), TCM was born from another perceived folly: Ted’s purchase of MGM’s library of classics. I didn’t have an assignment yet, and it’s rare to get this kind of access without one. But I planned to pitch Osborne’s story to several outlets. I was confident I could make a magazine editor love Bob as much as I did — and I was slightly amazed that at the time (around 2008-09) I had not yet seen the kind of profile on him that I longed to read.

Most of the day unfolded in just the way I’d both hoped and expected: Osborne was the same kind of fun, wise, caring coworker as the movie host you saw every day. Everyone — up to and including the cafeteria staff, whom Osborne greeted by name — obviously loved the guy. He flew into Atlanta monthly to shoot his segments, and I sensed that, as a fellow journalist, he spent a lot of his working life alone, writing and doing research, and he deeply enjoyed dipping into the kind of “normal” working environment and routine that many endure with gritted teeth.

While I was permitted to tag along and observe his day, I only had a few minutes, here and there, of his undivided attention to ask questions, so I tried to make the most of them, with general questions and more specific ones that came from my research on his background. Over lunch, I asked the Osborne Fan Dream Questions: What is your favorite movie? Who is your favorite actress from the Golden Age of Hollywood? Among the surprises that day was his responses to these — not so much in their content (“It changes” and “Bette Davis… Gene Tierney…”) but that he was clearly not bored with being asked them. In fact, he came to life, leaning back in his chair and scanning the cafeteria ceiling as films flashed through his mind’s eye, carefully formulating his responses.

Another surprise was that he was a real journalist, revising his own words on the spot as he worked, tweaking the script rolling on the teleprompter every few minutes even as staffers used binder clips to take up the slack in the back of his impeccable suits. And he wrote the scripts too. Most Osborne fans know that he has a journalism degree, but came to Hollywood to be an actor. While struggling for years to find work, he met and befriended legendary stars who were in their decline — and were lonely. Bette Davis, Lucille Ball, Hedy Lamarr — all were more than flickering images to Osborne. They were personal friends with whom he watched great films in their homes’ private screening rooms. When Ball suggested Osborne quit acting (“We have enough actors”), and become the journalist he’d studied to be, she displayed the kind of astute judgment that had made her into an industry giant and innovator beyond her brilliant career as a performer.

Osborne took the ball and ran with it, writing the first comprehensive history of the Academy Awards, and updating frequently afterwards, writing a column for The Hollywood Reporter and eventually becoming the face and host of Turner’s newest venture, TCM.

I had saved what I hoped would be my best conversation-generator until after lunch, when we returned to the set. I showed a TCM PR rep what I’d found on my phone: a YouTube clip of a very early Robert Osborne role — on the pilot episode of “The Beverly Hillbillies.” He hadn’t thought much of the show, so he declined to sign on for what was to become a big hit. Instead, the crushingly handsome young man who appears on tape for only a few seconds would later quit acting. The PR rep was as delighted as I was to see it — “You’re going to show him, right?” — and I waited until he had another few minutes of downtime to talk to him about it. I started by recapping what he’d talked written and talked about before — his early, none-too-successful career as an actor, before telling him I’d found the clip in question. “Have you ever seen it?” I asked. “No,” he said, smiling. “Would you like to?” I said, queuing it up. In those days, showing a YouTube clip on your phone was something of a novelty, and I was sure he’d be surprised I could offer to.

“No,” he said, quickly and firmly, the smile disappearing. “Really?” I said, shocked. “You’re incredibly handsome in it — as you are now,” I said, slowly realizing the interview was going horribly pear-shaped. “No,” he said again, and I could almost hear a wall clanging down. “Why not?” I pressed. “Was it a bad time for you? You didn’t like the show?” I wondered if he was ashamed to have ever been in a show that could be described as whiteface. He just shook his head. And that was it. The interview was done. Oh, he was perfectly polite and amiable the rest of the time I was there, sending me off with a warm goodbye — but it was over the moment I tried to show him that clip.

In the 2014 TCM “Private Screenings” that focuses on Osborne, Alec Baldwin shows that clip, along with several others from Osborne’s early days, to his quiet amusement. By then, apparently he was used to seeing it. I still don’t know why he responded the way he did — unless it was that I caught the supremely prepared journalist unprepared. In a special celebrating his 20 years at the network filmed at the TCM Classic Film Festival in 2014, Osborne derided his own acting skills, telling an audience member, “I’m so glad I didn’t become an actor. I would have ruined so many movies for you.”

Ironically, what Osborne brought, and what I’ll now be missing, along with the TCM “family” (not “nation,” not “fanbase,” not “viewers”), was the underlying message of belonging. Perhaps I had reminded him of a time when he didn’t.

Beneath all his careful preparation and hard-earned knowledge was the message: We are not alone.

It was so much more powerful than any Spielberg blockbuster. No, this wasn’t a “Close Encounter” with a computer-generated “E.T.” that reveals we’ve got some kind of other-worldly company in this universe, pushing your emotional buttons like a cheap accordion. This was hours — days, nights, even weeks at a time — with a pleasant, silver-haired man who patiently explained the context and themes of old movies often cranked out in black and white, on low budgets by troubled people, that comprised the canon of films known as “the Golden Age of Hollywood.”

His audience, as it turns out, is legion. He built it, along with the entire Turner Classic Movies station, brick by careful brick, mortaring sometimes little-seen films with history. We were the audience who simply wanted to learn more.

And learn we did. In intros and “outros,” interviews and conversations with carefully selected “guest hosts,” and in his column for the monthly TCM “Now Playing viewer’s guide, Osborne showed told us about what went into, and what went on behind, the movies. This wasn’t TMZ-style gossip, but Osborne gave you what you needed to know: Lana Turner’s mobster boyfriend that her daughter stabbed to death. Dalton Trumbo’s blacklisting during the McCarthy era. The shamefully widespread song-and-dance practice of blackface, which lasted well into the ’50s, even among megastars like Fred Astaire and Judy Garland. TCM never edited or obscured those segments, but Osborne placed them into context in serious conversations with film scholars and historians.

Some of us watched for the pretty clothes and fabulous dance numbers; some for the dark pathos of film noir; some for an accurate portrait of “the good old days,” complete with bread lines and white supremacy.

Sitting there, in the dark, we got more than a film education. We joined a tribe.

Bye, Bob. I’m sorry if I made you uncomfortable. I never could sell that story. I don’t think many understood what you brought to the coffee table — but we’ll be missing it now. 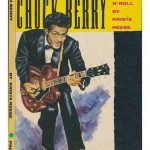 Krista Reese is an Atlanta journalist and author who has also witnessed the wrath of another recently deceased subject — Chuck Berry, as he took a swing at Keith Richards. As she says, she has a knack. More information about her work is available at kristareese.com.

Robert Osborne’s Intuitive Interviews: ‘He Never Forgot He Was One Of Us — A Movie Fan’ Meet Jorge Paniagua, the Guy You Love to Boo in ‘The Bodyguard’