Today is the first Wednesday of the month and so for the city’s improv theatre fans, that means Whole World Theatre’s monthly free Improv In The Park show on the lawn at Atlantic Station’s Central Park at 8 p.m. For Whole World veterans, managing director Emily Reily Russell and artistic director Chip Powell, the family friendly show is one of their favorite performances each month. Relaxing over coffee in Whole World’s lounge on a recent morning with Reily Russell’s new rescue dog Blueberry chilling nearby, the improv performers and longtime pals discussed what makes Improv In The Park fun for them, what keeps them energized creatively and why you should never, under any circumstances, yell “ANAL!” in a crowded improv theatre. 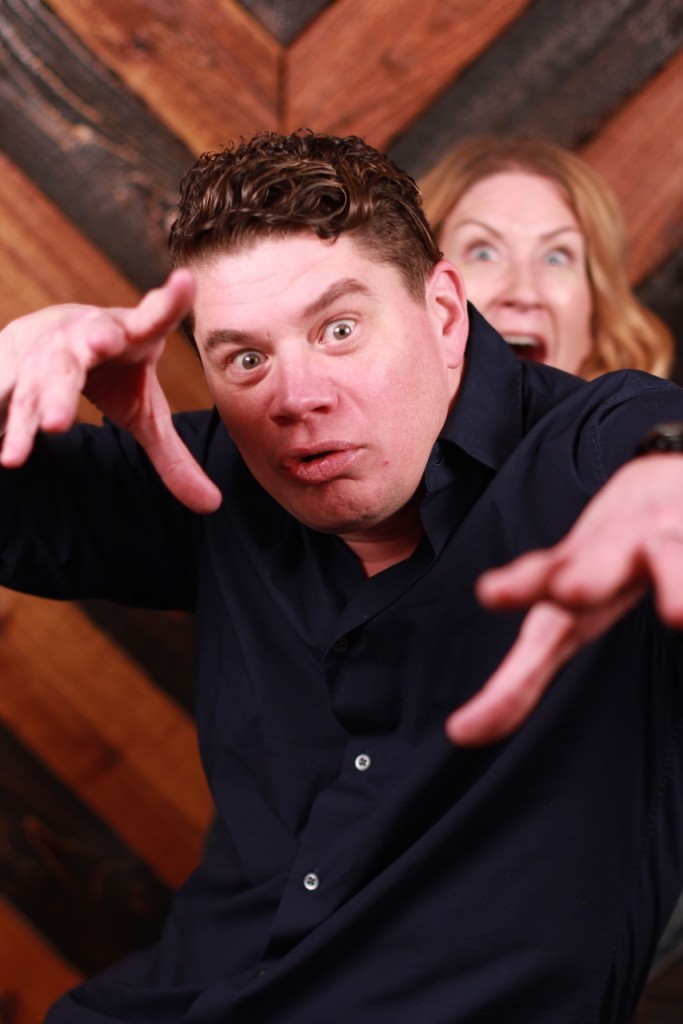 Q: I’ll get the important question out of the way first: for the duration of Improv In The Park each month, Atlantic Station actually turns down the Frank Sinatra and Tony Bennett music they usually have cranked over there?

Reily Russell: Yes! It was something we did have to deal with at first. After the first couple of shows, someone figured out how to lower the music for us so no, we no longer compete with Michael Buble!

Powell: On Wednesdays now right before Improv In The Park, there’s an hour-long yoga session. It’s all very Namaste. So while everyone is still in that very Zen state, we jump on stage and hit them with some improv.

Q: How difficult is the shift from doing the late-night content which most people associate with improv to doing a more family-friendly free event in a park?

Reily Russell: It isn’t really a hard shift at all. The biggest thing about our show is the audience. When we see there are children in the audience and when audience members see there are families present, it’s just an automatic adjustment. When we look around and see there aren’t kids there, we can let our hair down a bit. Everyone behaves accordingly. Believe me, nobody wants to be that guy or that girl who introduces a 13-year-old to whatever inappropriate thing you were going to shout out. I mean, yes, in the early days of Whole World, you needed to take a shower after one of our shows. (laughs). But in 22 years, we’ve found lots of creative ways to not go there. 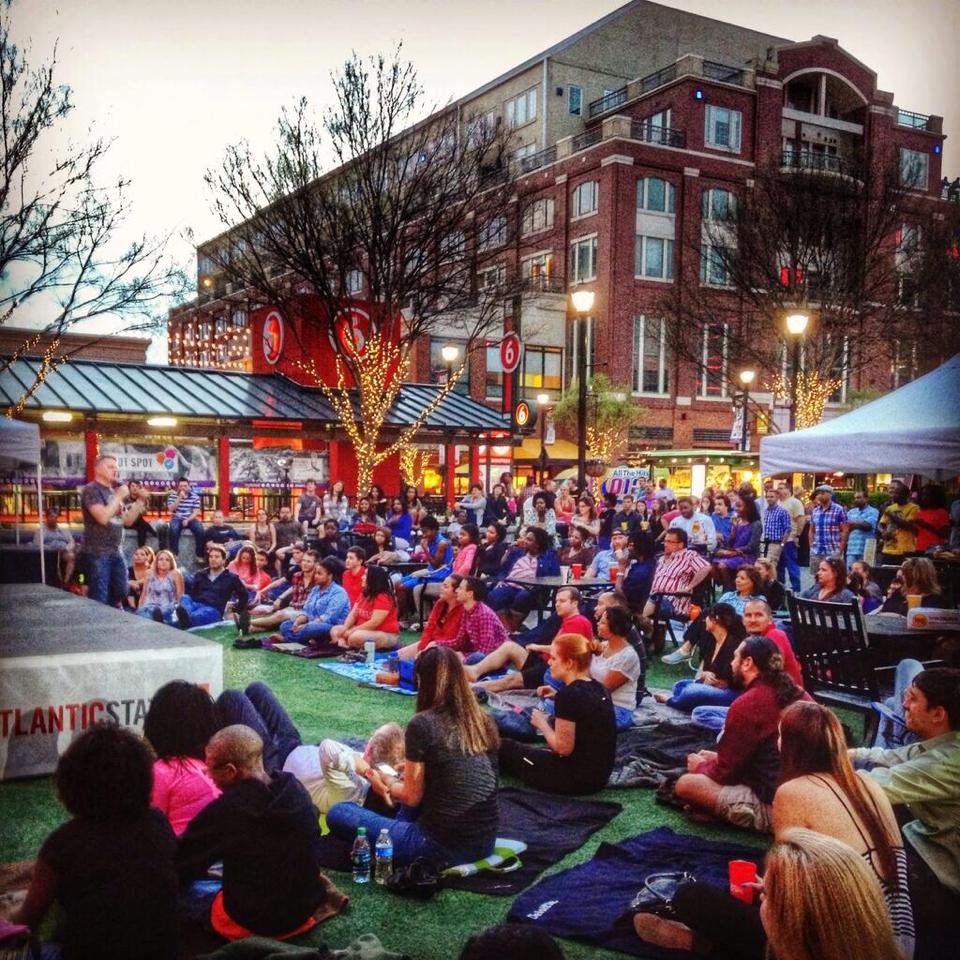 Reily Russell: Because that is some funny stuff!

Q: Most Whole World fans are paying customers who come here to the theatre space to be a part of the experience. Do you have to work a little harder at Improv In The Park to pull an Atlantic Station shopper into the experience?

Powell: Because there are so many kids at Atlantic Station and they love to participate, sometimes it’s easier. The kids aren’t jaded yet.

Reily Russell: A lot of times, the kids will challenge us more than the adults will. They’re very creative.

Q: Emily, you’ve been a part of Whole World since David Webster founded the company in 1994 and Chip, you’ve been here since 2004. What keeps you both energized and invested in the mission here?

Powell: We just have amazingly fun jobs. As much as the business part of it can stress you out, you get to the weekend and you’re laughing and having a great time. It’s free therapy. Or you’re watching students graduate or a performer evolve on stage. It’s very gratifying.

Q: You two are close friends and you’ve performed together for a long time. Is it still possible to surprise each other?

Powell: Are you kidding? She just photobombed me in my headshot photo!

Reily Russell: It was revenge. This man has photobombed me in almost every photo I’ve ever been in. So when we were getting our photos taken here in the lobby, I figured out how to return the favor and he didn’t realize it until the photo had been produced. That was one of the biggest coups of my life! 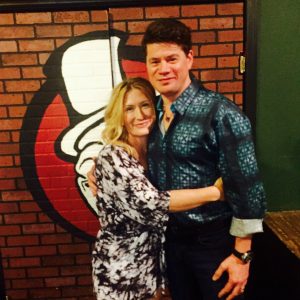 Reily Russell: Before we start every show, the house manager always asks, “Are you ready to play?” That’s essential. If you come ready to play, we’re good. Don’t be afraid to be loud, laugh and participate. Each show is really about the relationship between the performers and the audience.

Powell: Every show is unique because every audience is unique. You never know what’s going to happen. People always ask, “What do you consider a great suggestion?” You don’t know until it happens in the moment and you hear the audience’s reaction to it. My favorite moments are the ones you can’t anticipate.

Q: Without resorting to yelling out “HERPES!,” correct?

Reily Russell: Usually the audience self-polices that, too. They just all groan and say, “Eeeew!” That helps.

Powell: Or I’ll just ask you, “Is that a suggestion or do you need medical assistance?”

Whole World Theatre’s monthly Improv In The Park is staged the first Wednesday of each month at Atlantic Station’s Central Park. It’s family-friendly and attendees are advised to arrive early with a blanket (or a yoga mat!) to sit on.
For more information on weekend shows at Whole World, improv classes for adults or the theatre’s summer camp for kids, go to wholeworldtheatre.com.

Terry Henry, Stephen Ruffin Deliver A Jolt Of Electricity In “Beyond Reasonable Doubt” “64/8” Takes You Inside The Darkly Comedic World Of Atlanta’s Acting Extras