Q&A With “Tell Me My Dream” Playwright Pearl Cleage

Atlanta writer Pearl Cleage’s first-born grandchild Michael threw down the gauntlet to granny when he was just 11. He informed her that he was through with kiddie fare theatre, especially the “Charlotte’s Web” variety. Realizing his need to be challenged and knowing he wasn’t yet old enough to take in the adult themes of her other Alliance Theatre original works, Cleage made Michael this promise: “I’ll write a play for you.”

As it turns out, “Tell Me My Dream,” the Atlanta playwright, poet, memoirist and novelist’s first theatrical piece for young audiences is a play for everyone who cares about the history of and future of Atlanta. The play runs this weekend at the Alliance Theatre. 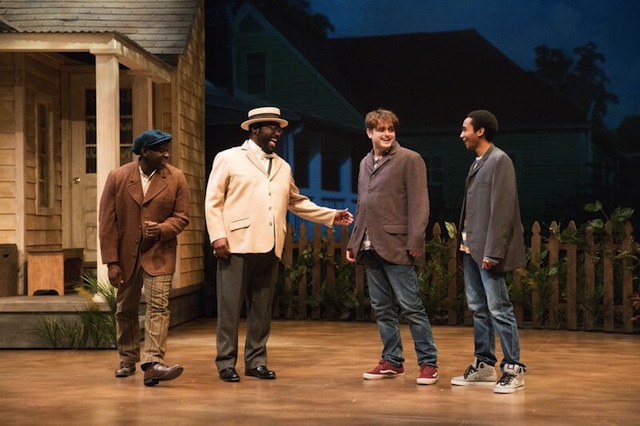 Set in 1910, just four years after Atlanta’s race riot where white citizens killed at least 25 African-American citizens, “Tell Me My Dream” takes place on the eve of the city’s inaugural Colored Music Festival, Atlanta’s first-ever fully integrated public cultural event. Cleage magically transports time-traveling 2015 teenagers Wallace Anderson (Stephen Ruffin) and Jeremy Glass (Jeremiah Parker Hobbs) back to 1910 Atlanta where young pianist Henry Butler (Avery Sharpe) is about to flee the south for Philadelphia, still reeling from his father’s murder during the riots. With the help of the wise and ever-optimistic Mary Solomon (Isake Akanke), the modern teens have to inspire Henry to become an agent for change.

This fall, thanks to the City of Atlanta’s Cultural Experience Project, every Atlanta Public Schools sixth grader will get a chance to see the play as it tours schools and students attend performances at the Alliance.

In the Woodruff Arts Center lobby, Cleage took a few minutes out from a rehearsal of “Tell Me My Dream” to discuss her latest work. 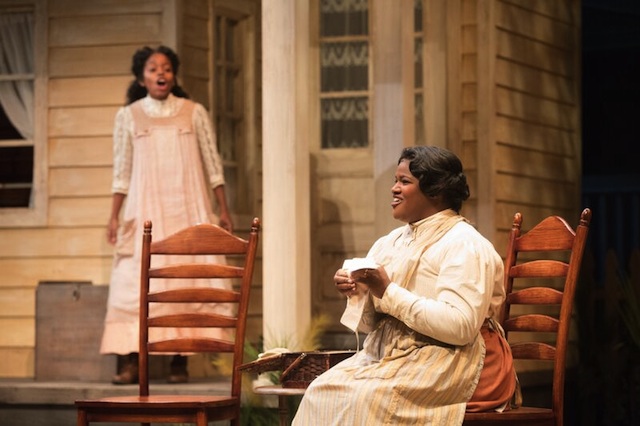 Q: You’ve workshopped this play a lot for young people as “Tell Me My Dream” evolved. How did that feedback help you as the playwright?

A: I learned that young people are thinking about very sophisticated things but as the playwright, I needed to acknowledge that they’re 12 as opposed to 30. I had to pare it down so that there’s not a lot of speech making going on. In an earlier draft, the younger characters were carrying the action a lot less. It became clear that if you want to engage young people, you better put some good ideas into the mouths of the young people on that stage. It became a wonderful opportunity for me to try something different.

Q: This play is set in 1910 on the eve of Atlanta’s inaugural Colored Music Festival, an event that history has shown us really helped to heal the city after the 1906 race riot. A lot of young people and probably most adult Atlantans don’t know about these events. Why was it important to bring these pivotal events to young audiences in 2015? 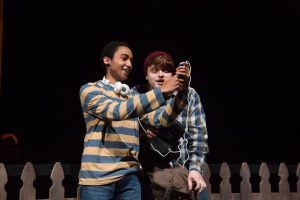 A: I didn’t know anything about the festival myself until a few years ago when I got invited to the Atlanta Music Festival and I got introduced to its history as the Colored Music Festival. Researching it was fascinating. It happened four years after the 1906 Atlanta race riot, an event people don’t talk about. We try to pretend it didn’t happen. But it was really a critical event in the history of the town. After the riot, Atlantans were looking for a way to prevent that from ever happening again. It became a part of the city’s healing process.

Q: It ended up becoming the first fully integrated public event. The Atlanta Constitution covered it. The mayor was even there, right?

A: Exactly. People weren’t allowed to sit together but they were allowed to sit in a particular section. It’s a reminder of far we’ve come. It’s a reminder of how insane segregation was. Even here at the Woodruff Arts Center where we’re about to see a major renovation of the Alliance Theatre, you can’t get from the main floor up to the balcony of this theater. That’s because when this building was designed, segregation was still law. In order to get upstairs, there’s a separate set of stairs and there’s a separate bathroom up there. From the time it was designed to the time it was constructed, the civil rights movement and the civil rights bill changed things, but the design still bears the evidence of its time. Now, we’ll finally have a theater that isn’t designed to separate people. That’s a wonderful thing. 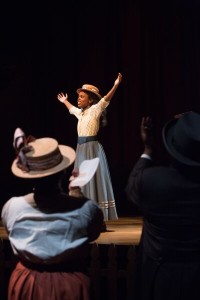 Q: How difficult was it to weave this incredibly transformative chapter of Atlanta’s history into a one-hour play that could keep middle-schoolers entertained?

A: It was challenging. I’d never done any work with young audiences. Last year we took it to [the New Visions, New Voices Festival in] Washington D.C. to workshop it. I got to meet an entire universe of people who do this work. I learned quickly that there were too many speeches. The characters were talking too much. Sure, it might be a lovely story that the grandfather is telling but mix it up with some action! That was tough for me (laughs). I’m an old-fashioned playwright. I tend to write long monologues. My people talk in plays. I realized that this wasn’t going to work for this audience. We had to cut a lot. [Director] Rosemary [Newcott] is great. She never comes to you and says, ‘You need to get rid of five pages.’ She’ll say, ‘We might be in danger of losing them here…’ We worked with really great actors too so I could hear it when it became overkill.

Q: What’s the big take away you want middle school students to leave the theater thinking about? 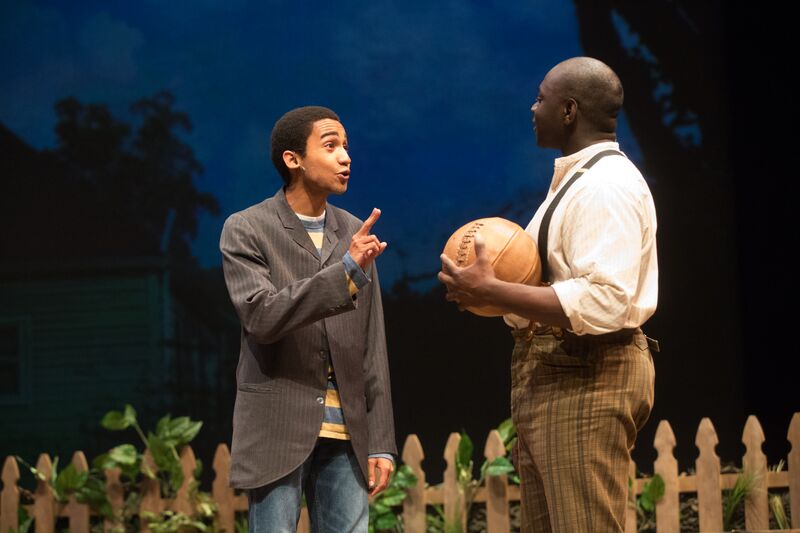 A: I wanted to ask these children in 2015 to think about the differences in their lives compared to the lives of the kids living in Atlanta in 1910. In the play, one of the kids from 1910 asks the 2015 kids, ‘What are you doing with your freedom?’ It’s question that I want the kids who see the play to think about as well. Like the kids’ responses in the play, they probably would say, ‘We don’t think about it. We were born free.’ Even my generation where we were involved in movements to change things, we felt it much more than the kids do today who don’t really feel connected to that movement.

Q: You also wanted to tackle our current problems as well. Why was it important not to sugarcoat 2015 in the play?

A: I wanted to confront the challenges we still face, the challenges that this current generation is going to have to do something about. We’re shooting each other and shooting our children. We’re destroying the planet. Every day. We needed to mention police brutality and the Black Lives Matter movement. We can’t pretend that we’ve got it all figured out in 2015. Especially when you’re doing a play for middle-schoolers whose parents are telling them before they leave the house, ‘Don’t wear that hoodie.’ I know they’re thinking about it. My grandson is now 13 and his father has had to have that exact conversation with him. They’re dealing with it. That’s why it was important for me to have one of the kids from 2015 say, ‘We can’t just tell him about Barack Obama and all the good stuff. We have to tell him about Trayvon Martin and climate change.’ They need to know challenges remain for this generation. It’s important to ask: What are you going to do to change things for the better?

“Tell Me My Dream” runs Saturday, Nov. 7 and Sunday, Nov. 8 at 1 p.m. and 3:30 p.m. at the Alliance Theatre. The play travels to metro area middle schools throughout the fall. For tickets, go to the alliance theatre’s website.