Eldredge ATL is Immortalized in Grumbles!

So, apparently, I wasn’t the only guy taking notes during my recent interview with comics artist James Burns, the subject of our inaugural week feature story, “Look! Over There! In The Crosswalk! It’s Cabbagetown Man!”

In this week’s Grumbles comic strip, Burns chronicles our chat for his readers, down to the hilarious cameo by a certain random but-brilliantly-timed tour group whizzing by the Carroll Street Cafe. 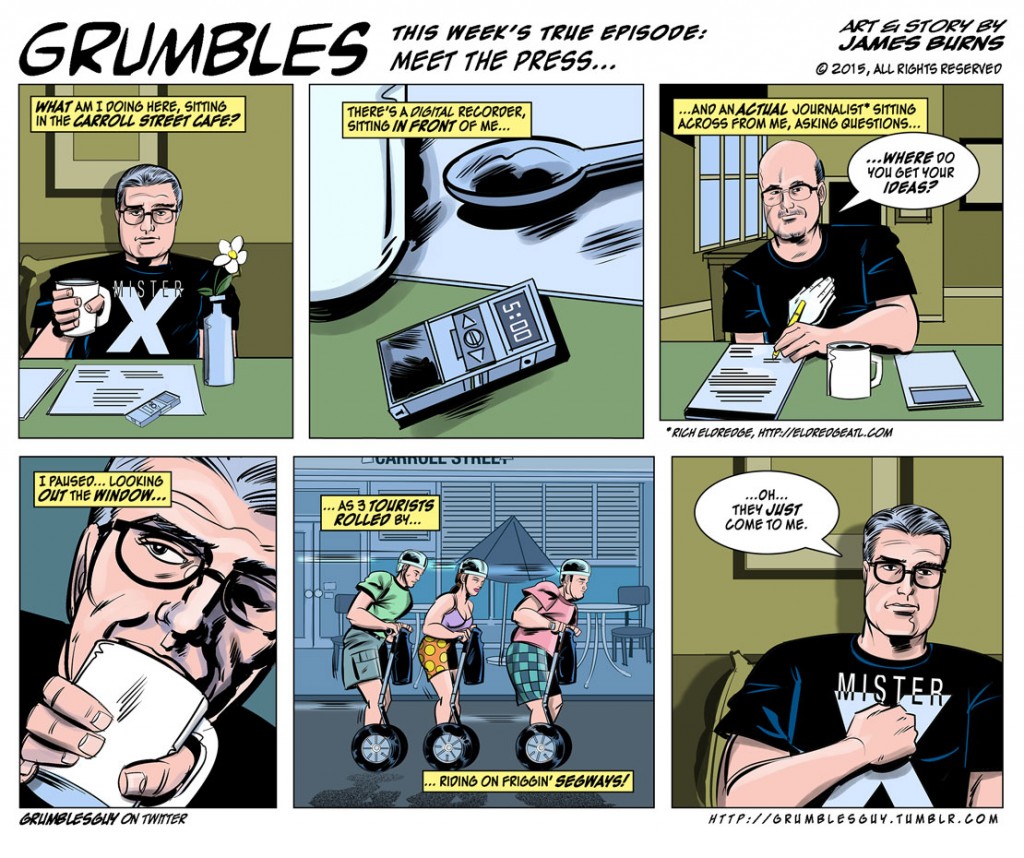