As the city of Atlanta gathered Monday to commemorate the 50th anniversary of Dr. Martin Luther King’s funeral, former United Nations ambassador and King aide Andrew Young will recall those dark days at an Atlanta screening of “Andrew Young Presents: Memphis Facing The Cross,” at the Jimmy Carter Library tonight at 7.

It will be Young’s first public event in Atlanta as the nation marks the 50th anniversary of King’s death. “This is all very personal and difficult for the ambassador,” says “Andrew Young Presents” director CB Hackworth. “But he feels like it’s his duty.”

In the extraordinary 52-minute documentary, using rare archival footage from the University of Memphis and the University of Georgia, Young takes viewers back to the April 4, 1968 assassination of his friend and mentor and positions you next to him as he bears witness to the events. You’re at St. Joseph’s Hospital as ER docs rush to save the fatally wounded civil rights leader and you see Young place the call to Coretta Scott King in Atlanta. Young knew he had to prepare King’s wife — “The massive damage I had seen, no one could have survived. No one would want to survive.” 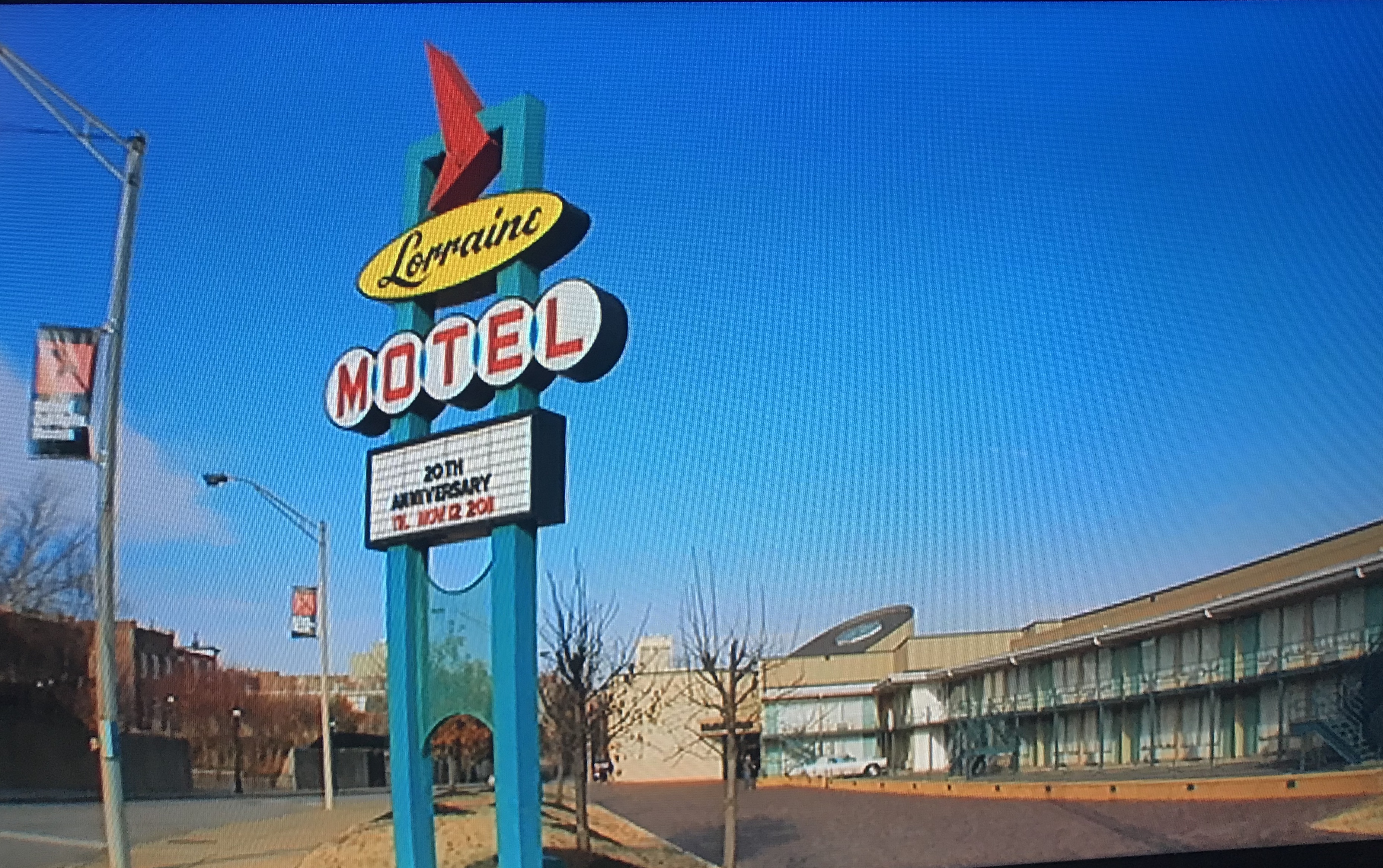 And for the first time, Young takes you back to where he stood in the parking of the Lorraine Motel in Memphis when he heard the single gunshot as King and his associates are about to head out into the early spring evening for supper.

“In interviews, speeches and sermons, I’ve been back many times to Memphis,” Young reflects in the film. “But not in person. Most often, it’s during those late hours of the night when sleep does not come.” 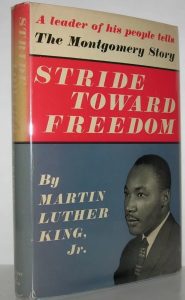 The doc derives its title from the aftermath of the Sept. 20, 1958 attempt on King’s life inside a Harlem department store as he signed copies of his book, “Stride Toward Freedom” when a schizophrenic woman plunged a letter opener into his chest, nearly killing him.

In the documentary, civil rights activist James Lawson recalls that doctors credited King’s calm demeanor for saving his life, due to the letter opener’s close proximity to his heart: “They told him, if he had as much as sneezed, he would have drowned in his own blood.” In order to save him, surgeons made a cross-like incision across his chest and abdomen. For the next decade, King liked to say he “faced the cross” each morning in the mirror as he brushed his teeth.

Related  In a Global Pandemic, Evan Lowenstein’s Stageit Offers Out of Work Artists and Fans a Safe Space to Connect

For “Andrew Young Presents” director CB Hackworth, chronicling Young’s return to Memphis meant walking a very fine line. “It came down to what he felt comfortable doing and what I felt comfortable asking him to do,” Hackworth explains. “He walked where he wanted and I followed.”

In one of the hour’s most powerful segments, Young returns to the parking lot below the Lorraine Motel’s Room 306, the room King was sharing with Ralph David Abernathy to recall the iconic photo of him and Jesse Jackson pointing to where the shot came from for the Memphis police assembled below. 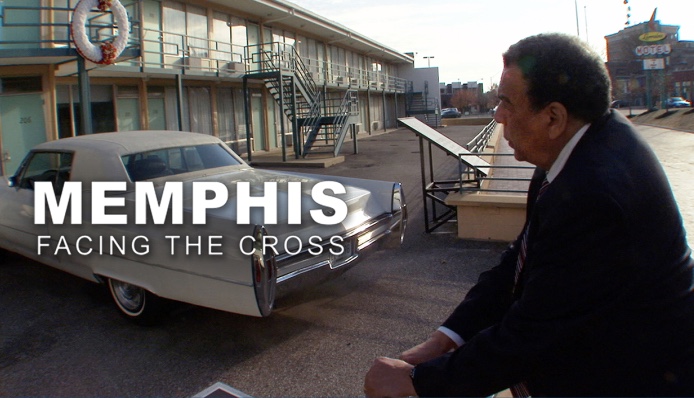 Young’s mood brightens inside the Mason Temple in Memphis, the site of King’s final speech on April 3, 1968. In rarely seen footage from the speech, King recalls that brush with death a decade earlier and a letter a little white girl had sent him in the hospital, telling him she was grateful he hadn’t sneezed. In the speech, King tells the packed Temple, “If I had sneezed, I wouldn’t have had a chance to tell America about a dream that I had.”

“It was more than a speech,” says Young. “It was a prophecy for the ages.”

“Memphis Facing The Cross” also details the work of King’s final social initiative, The Poor People’s Campaign and his reason for going to Memphis to aid striking sanitation workers who were protesting dire working conditions (the men had to lift leaking trash cans over their heads all day with no place to shower and daily pay of $5.45). King knew if he went to Memphis, the press would follow and the striking workers’ plight would make national headlines. Recalls Young: “He painted a bullseye on the back of his suitcoat.” In one of the doc’s most macabre moments, Young remembers what one reporter covering the march said to him: “Andy, I’m going to be a pest. I’ve got to get a picture if they shoot him.”

In the film, interviewee Elmore Nickleberry embodies both the importance of what King was trying to accomplish in Memphis and provides stark insights into the work left to be done. At age 86, Nickleberry is still on the job as a Memphis sanitation worker, driving a truck each night. Last month at the “I Am A Man” ceremony to honor the workers, a plaza in Memphis was dedicated to the men, an event where Nickleberry and Young were both honored for their work.

Says Hackworth: “Mr. Nickleberry told us he intends to stay on the job for as long as he feels like it.” 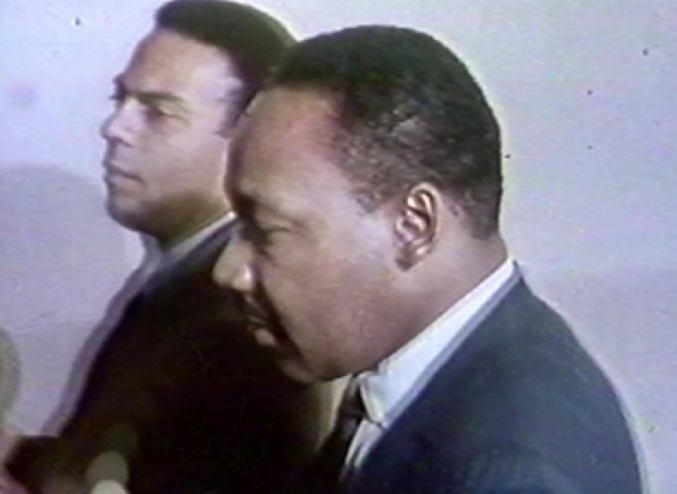 In the final moments of “Memphis Facing The Cross” a half century later, Andrew Young provides a fresh assessment of the city where his friend’s life was cut short by an assassin’s bullet. A city he didn’t return to for the better part of 50 years.

Reflects the former Atlanta mayor: “Dr. King needed to be released from his body so it could flow across the world. His spirit was unleashed in Memphis. Memphis need not be ashamed. It needs to celebrate.”

“Andrew Young Presents Memphis Facing The Cross” will screen Monday, April 9 at 7 p.m. at the Jimmy Carter Presidential Library in the Cecil Day Chapel. The screening will be followed by a Q&A session with Andrew Young. Seating is free but reservations are recommended by emailing in advance: reservations@andrewyoung.org

‘ It’s OK to be who you are’: A Q&A With ‘Saturday Church’ Actor Luka Kain After 20 Years, Mitchell Anderson Returns to TV for ‘After Forever’