“Come in, dear, I’m Princess Leia’s mother,” Debbie Reynolds cooed as she opened the door of her Ritz Carlton hotel room on the 20th floor, extending her hand to shake mine. The Hollywood legend had sized me up the second she looked through the peephole and realized she was about to be interviewed about her bone density by someone who was 12 when “Star Wars” came out.

When you interview famous folks for a living, experience teaches you that you can prepare for days and still encounter a few curve balls fame throws at you. On this particular morning in 1999, the biggest curve ball was Debbie Reynolds’ hotel room. As instructed by a publicist, I had dutifully reported to the hotel’s check in desk to announce my arrival. The receptionist then called upstairs and gave me the room number.

Ordinarily, you are then greeted by the famous person’s team of publicity persons, personal assistants, workout trainers, spiritual gurus, random hangers on and/or their still dependent adult children. But Princess Leia and a squadron of publicists were nowhere in sight.

At the time, the National Enquirer was having a field day with Reynolds following a 1997 bankruptcy after a Las Vegas hotel and casino had gone belly up. Basically, the Oscar nominated namesake of “The Unsinkable Molly Brown” wasn’t in town hawking osteoporosis meds for her health. She didn’t have the budget for a staff or a fancy hotel suite with a parlor.

So, it was just me, the star of “Singin’ in the Rain” and two impeccably made beds. “Which one do you want?” Reynolds cracked, taking a swig of orange juice. I nervously sat on the edge of the bed closest to the door. 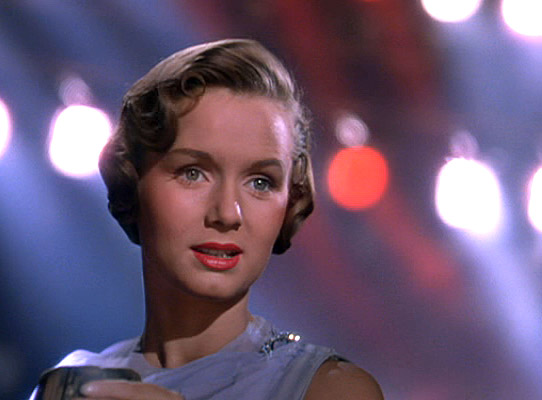 Aside from seeing her most iconic film on the big screen at the Fox Theatre, I  really hadn’t taken stock of Reynolds’ film work until I saw her in “Mother,” writer/director Albert Brooks’ painfully accurate 1996 comedy about a struggling sci fi novelist who moves back in with his mother in order to figure out his history of failed relationships with women.

I opted to open the interview by praising her performance in the film. Reynolds said, “That’s marvelous, dear. So glad you liked it.” Arching an eyebrow, she added, “Which scene did you like best?” She was testing me. I decided then and there that I adored her.

We immediately bonded over Brooks’ hilarious “orange sherbet scene” (In an attempt to feed her vegetarian son, Reynolds’ character pulls out an ancient container of sherbet from the freezer and instructs her son to dig past the protective ice coating. Brooks replies: “You’ve actually named the clear hard junk that sits on the top? Mother, you’re running a food museum here!” 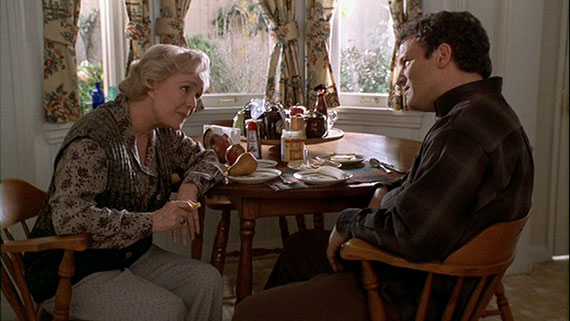 Related  This Might Just Be The Best "Star Wars" Movie Since 1977. No Kidding.

At the time, a new generation of fans was being introduced to her as Grace Adler’s mother on the hit NBC sitcom “Will & Grace” and Reynolds relished the role. “I play me, essentially,” Reynolds said. “The cast is wonderful and they let me ad lib! If I come out with something funny, it’s like, ‘Do that again!’”

As a reporter, I was most excited to get Reynolds to discuss the long-rumored screenplay written by her daughter that would serve as a TV movie vehicle for Reynolds, Shirley MacLaine, Joan Collins and her former arch nemesis, Elizabeth Taylor (To say I was slow to warm to Carrie Fisher’s writing is an understatement. I had shrugged her off as celebrity novelist who got a publishing deal due to her fame until a wise friend sat me down and forced me to watch “Postcards From the Edge.”) At the time, the film was on stand by as Taylor’s health continued to seesaw. Eventually, she would sign on the dotted line and “These Old Broads” would become her acting swan song. 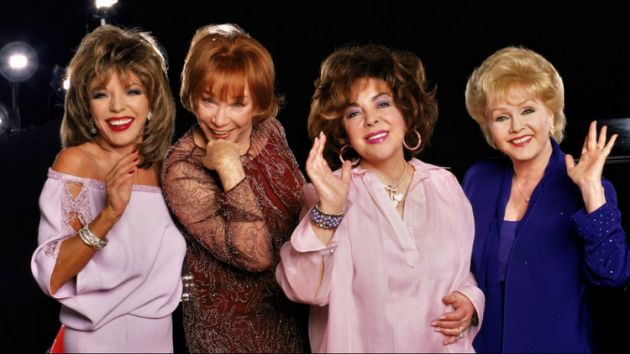 “Back before you were born, you could say Princess Leia’s father, stepmother and I made a few headlines,” Reynolds teased of the 1958 Hollywood scandal that erupted when her husband, singer Eddie Fisher dumped her to marry Taylor. Of the “These Old Broads” screenplay, Reynolds promised, “It’s a crazy, wacky comedy hoot.” And she was right. 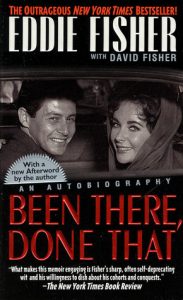 In any interview, you save the question that could get you forcibly removed from a Hollywood legend’s Ritz Carlton hotel room for last. But in 1999, Eddie Fisher’s salacious memoir, “Been There, Done That” had just come out and was making headlines. In it, he referred to Reynolds as an “iron butterfly” and wrote dismissively, “Debbie’s whole life has been an act. When I left her for Elizabeth Taylor, she should have won an Academy Award for her portrayal of the wronged woman.”

I approached the topic gingerly. Her eyes blazing, Reynolds was more than happy to give me her review of the book. “It’s embarrassing, disgraceful and completely undignified,” Reynolds told me. She waited a beat, softened her tone and added, “When you have children, you should try and live your life with some dignity instead of writing a book about all the girls you’re fucking.” And then she smiled that inimitable Debbie Reynolds smile and walked me to the door.

As I was still mentally processing that the Hollywood icon (who, incidentally, I first became acquainted with as a kid when she provided the voice of the namesake spider in the 1973 animated feature “Charlotte’s Web”) had just uttered the word “fuck,” she clasped my hand and gave me one parting word of advice.

“Richard,” Debbie Reynolds told me, “don’t ever get old. Turns out, your damn bones go soft.”