Tunabunny Reflects on Eight Years Of Creating Art in Athens

“I like music that surprises me,” Scott said. Vanessa said to be sure and write that part down. So that’s where we start our endeavor to try and make and re-make some myths around a music scene. We stumbled into playing music in Athens while some other myth making was already in process. We barged into something that was always already happening, and so we can only offer snapshots from our own limited, and sometimes contradictory, perspectives. We hold no monopoly on the big “T” truth of what the Athens music scene has looked like in the recent past, but we can offer you our stories. We hope you get to tell your stories one day. We look forward to reading them.

We played our first show in April 2008. This guy named Mercer West asked us to be part of this ‘30 Shows In 30 Days’ thing he was doing. He’d found our band on MySpace, where our site was only a couple of weeks old and made with recordings taken from a boom box we left running during practice. Half the songs didn’t even have vocals. Nevertheless Mercer loved it. He had no idea who we were. He didn’t know anything about us. 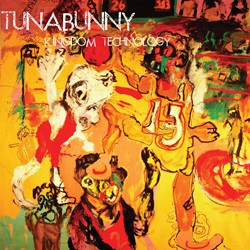 We didn’t know much about him either, but it turned out Mercer ran a venue called The Secret Squirrel. He and a bunch of other people, mostly musicians, lived upstairs in a kind of dorm-style arrangement, while the downstairs was a sprawling concrete basement with a stage in the corner. Of course, having a venue of his own wasn’t enough for Mercer and so he also booked shows at some of the smaller bars around town. On top of all this, he played in at least a half-dozen bands. A couple of years after we’d met him he gave us a CD w/over 10hrs of music on it. Nearly all of the bands had different names. Some songs were experimental jams, others were rambling gooey pop nuggets. I put it all on my computer, and I still listen to it to this day.

I guess what I’m trying to say is Mercer West probably loved, and lived, (and loves, and lives, now in Atlanta) music more than anyone we’ve known in Athens.

There is always cool stuff happening, whether you see it or not. I think back to some of the most memorable shows I have seen in Athens. There were only seven people there when Roberta and Charlene played at Flickr that night. There were ten that night that Gemini Cricket played. There were 50 there that night when Paper Tanks played, and they knew every word by heart and people had tears in their eyes. There were thirty people when Reptarz2 played, but that was because they thought it might be Reptar. It wasn’t. It was no wave extreme primitive skronk w/Reptar’s lyrics on top. They say a sequel’s never as good as the original, but in this case it was light years better.

None of these bands ever got famous. None of them ever made the cover of Flagpole. Most of them never even got mentioned. And yet, they’re some of the most creative, artistically transcendent bands we’ve seen in the 10 years we’ve been here.

“So how do people find out about music in Athens?” she asked. Sometimes word 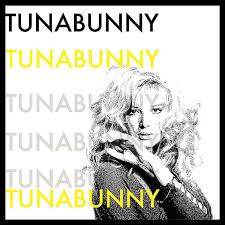 of mouth. “What about writers?”  I only ever get interested in seeing a band that has been written about if they evoke extreme, indescribable rage from a writer. Now that’s a band that knows how to evoke. And then there’s Wuxtry Records. Mike Turner’s been managing Wuxtry for years. He always liked the stuff we bought (I remember buying an Adam Ant comp and thinking he was going to laugh. Instead he got excited and thought it was cool). Scott brought in a flyer for one of our first shows, and when Mike said he didn’t know Scott was in a band, he replied, ‘Well really it’s my girlfriend’s band.’ It turns out that’s exactly a way to get Mike interested in a band—of course the flyer looked cool too.

What about the old website The Day Jobs? I remember the time they said our band was cool.

But the best way to find out about a band is through that magical spontaneous happenstance. If you are open, if you show up, if you are there, if you stay regardless of a fear of missing out (FOMO), then when all seems pointless, you will find it. They usually go on around 2 AM because that OTHER careerist band insisted on going first, started late, and played for over an hour to gain maximum audience saturation. But the “lifers” don’t go on until 1 AM. The confident ones don’t care who’s there and who isn’t. The bands with nothing left to lose go on at 3 AM and play for 10 minutes as if their life depended on it.

The best songs are the ones you write to entertain yourself when you don’t care who is looking.

I remember having a sausage thrown at me when members of the Melted Men finished their set from the branches of a tree outside of Paul Thomas’ X-Ray Cafe on Washington Street. The previous set featured someone in a wetsuit swimming in a baby pool full of broken glass. Green Uvula played before that. It was the kind of night when you might accidentally fall in love. “You know the 40 Watt used to be a grocery store!” Paul told me. When X-Ray had to close due to exorbitant and crippling rent increases, a friend and I performed a Shamanic death ritual in gas masks. There are pictures on the internet somewhere.

We’re supposed to talk about Atlanta, right? Starting out, we had this perception that Atlanta was super careerist and lame, but I think that was just the inferiority/superiority complex that comes with living in a small town. Tunabunny has played Atlanta twice, at the Five Spot and the Earl. Both times everyone was really nice to us and super-enthusiastic. The sound guy at the Five Spot even put Delta 5 on after we finished our set b/c he said we reminded him of them.

And then there’s the time we met Bradford Cox right before “Cryptograms” came out (and a year or so before Tunabunny started). Scott was doing a reading at A Cappella Books and Bradford was there buying the 33 ⅓ book for My Bloody Valentine’s Loveless. We got to talking and Bradford invited Scott to read from his book between sets at their upcoming 40 Watt show but Scott thought that might be weird so he chickened out. Maybe the universe was trying to unite Athens-Atlanta in a glorious artistic cross-fertilization, and Scott blew it.

So many memories. Green Thrift Grocery was born out of a post Scott wrote on his music blog making fun of an article in Flagpole calling for a hyper-specific kind of grocery store in the Boulevard neighborhood. Chloe, Tunabunny’s original drummer & genius-in-residence, took the idea and ran with it. The band had costumes and videos and merchandise and sounded like nothing on earth. They lasted about three months.

Looking back, you can make a convincing case that every band in the world should just quit after about three months.

And then there was the art. Our friends at Barrow Street studios let us use their space to make a music video. They liked to listen to our records while they painted. So then we decided to film a TV show there (public access without the access…or the public). It lasted two episodes. We got Chris & Jason to do an album cover for us. Two others, Sarah & Patrick, started a synthpop band called Roberta & Charlene. R&C performed in character as two working-class southern ladies. One song was called “The higher the hair, the closer to God.” Another was, “Lipstick Republican.” During their live in the lobby interview at WUOG they made the DJ join them in prayer.

Ted Kuhn, another artist who hung out around the studio, helped start doing performance art shows at the Bulldog Inn, a budget motel just outside of town. Kids from the art school would commandeer the hotel rooms and turn them into immersive psycho-artistic landscapes. 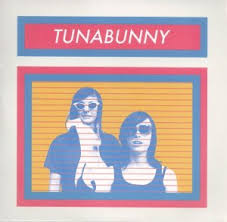 And so, for a couple of years there, it felt like we had NYC in the 60’s right here in Athens. Of course people move, and the big city calls, and we all have lives to lead. The art still happens. It just doesn’t happen in the same room like it used to. That’s OK though. In a college town, nothing lasts longer than four years.

So many more venues. Spillage House, then-home of the amazing Stacey-Marie, a writer/photographer who wrote one of the most powerful & moving zines I’ve ever read and continues to be a force for goodness & feminism in a town that is sometimes seriously lacking in both. The Plush Palace, which, true to its name had dozens & dozens of stuffed animals lining its walls. The time I played there, we were all wearing costumes for some reason. I think because it was a Wednesday.

And so many more. Some of them still going. Still creating.

It’s a small town. What else are you going to do?

Cocktails With Vanessa No. 4: Go Bar Cosmopolitan The Acts From Athens (and a few from Atlanta) You Need To Be Listening To Right Now!