Thanks To One Dedicated Fan And A Crazy Scavenger Hunt, “Pylon Live” Is Finally Here 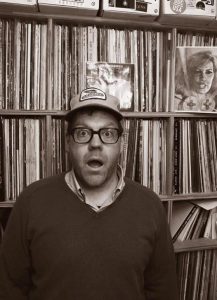 Acting, perhaps, on behalf of fans everywhere, when Curtis Crowe heard the fantastical tale of how Henry Owings managed to track down the masters of what would become the band’s first-ever live album, the Pylon drummer grabbed Owings by the face, kissed him on the lips and said “Thank You!”

Says Owings: “As a kid who grew up listening to Pylon, a kid who used to write them fan letters, I still can’t believe they even know who I am, let alone that I’m getting to work on this project with them.”

Thanks to the super fan and Grammy nominated art director, today Pylon fans everywhere are celebrating the release of “Pylon Live,” the first full-length concert record release by the iconic Athens act. In tribute to the band’s late guitarist Randy Bewley, surviving members bassist Michael Lachowski, drummer Curtis Crowe and vocalist Vanessa Briscoe Hay are releasing the two-LP set and digital download on July 25, what would have been Bewley’s 61st birthday. Recorded on December 1, 1983 at the Mad Hatter nightclub in Athens, the recording captures the band’s first farewell performance, after the quartet of Athens art students decided to part ways, following a national tour for their second DB Recs album, “Chomp.”

When indie label DFA announced plans to reissue the band’s studio DB Recs albums, the band put out a call to fans on Facebook asking if anyone had an original “Chomp” album cover that could be shot for the new CD cover, the original artwork long since lost. Owings ended up mailing Lachowski his cover, along with a CD he had burned of a 1982 Pylon live show at UGA’s Memorial Hall Ballroom Owings had originally tape recorded off WUOG-FM.

Fast forward to 2014. Owings is thumbing through his record collection and 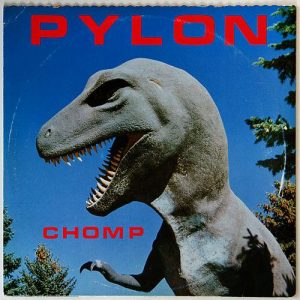 realizes the band never returned his album cover to him. So he emailed Lachowski and politely requested its return. In their email exchanges, Owings also inquired about the absence of any live tracks on the re-issues. Lachowski relates that the band never found anything they liked well enough to release. Jointly lamenting the existing hole in the band’s discography, Lachowski and Owings agree: “Live Pylon was the best Pylon.”

In 2009, Bewley, the unofficial band archivist, died suddenly following a heart attack. His girlfriend gave Hay three boxes of tapes. Without their guitarist, the surviving members decide not to continue on as Pylon.

Over New Year’s 2015, Owings requests a 30-minute meeting with Lachowski and Hay in Athens to pitch a crazy idea. He’s determined to find a live recording to add to the band’s slender three-album discography. The pair give him their blessing and Hay turns over Bewley’s boxes of tapes for Owings to go through with the following stipulations: Owings had to find an entire concert, it had to be from the band’s original 1979 to 1983 run, it had to be recorded in Athens and oh yeah, it had to sound amazing.

Months of red herrings, crappy cassettes of bad board mixes and dead ends followed. Then, a discouraged Owings stumbled across a thrashed up box on which someone had scrawled “Mad Hatter, ’83, Reel Three of Three.” He emailed the band. They told him that must be from their first farewell gig.

But what happened to the original masters?

Drive By Truckers producer and noted Athens engineer Dave Barbe suggested that Owings get in touch with Jeff Calder, the Swimming Pool Q’s frontman, who had served as the DB Recs tape custodian on the DFA Pylon reissues project.

Recalls Owings: “Seconds into my phone call with Calder, I hear this rustling on the other end of the phone and he’s mumbling, ‘Pylon, Mad Hatter, ’83… yup, here it is.’ I was like, ‘Holy [expletive]-ing [expletive]!!’”

Turns out, for more than 30 years, the master tapes from the Mad Hatter farewell gig had anonymously sat on a shelf in Atlanta next to the masters of “Chomp” and the band’s DB Recs debut “Gyrate” in poorly labelled boxes, bearing only light pencil marks to indicate the contents inside.

Already invested in the treasure hunt, Owings was so excited by the discovery, he rolled the dice on the as-yet unheard tapes and tossed more money toward the tapes’ preservation at NJ’s SonicCraft.

As Calder prepped the tapes for restoration, he noted that the three-decade-old recordings were in pristine shape, likely never played. But as he listened to the recording, Calder panicked when Bewley’s guitar suddenly cut out in the middle of the concert’s second song.

It was only after Calder got a gander at the only surviving photo of the concert snapped by Bob Hay (the image serves as the gatefold art for the “Pylon Live” album jacket), that he was able to crack the case.

“If you look closely at Randy’s guitar amp in the photo, you’ll see there’s a microphone next to it on a stand but also a second one dangling over the amp,” Calder explains. 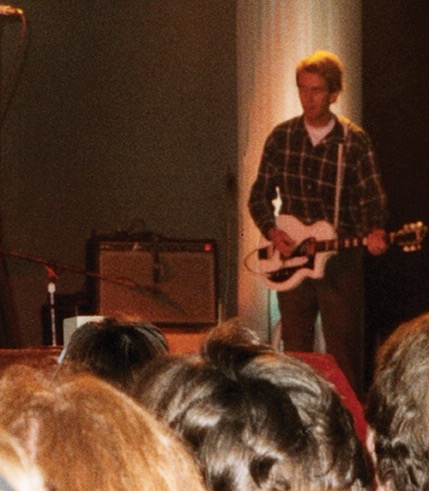 That second microphone was rushed up to the stage by audio engineer Scott Waterbury. Calder theorizes that there was a short in the cable in the original guitar microphone. Miraculously, about two minutes after Bewley’s guitar cut out in the mix, it reappears and going full-tilt. “Scott is really the unsung hero of that recording,” Calder says. “Otherwise, it could have been catastrophic. The recording would have been useless, especially now that Randy is gone.”

Owings finally got a chance to hear the entire concert for the first time when he settled into a studio mixing session with Hay and Lachowski. “I couldn’t believe what I was hearing,” says Owings. “Pylon’s studio recordings are cold in comparison to this. This is explosive, an atom bomb. And Randy’s guitar playing is insane.”

In true Pylon fashion, Owings, Lachowski and Hay made one more democratic decision: leave the concert’s “clams” alone. “We could have Auto-Tuned out the musical mistakes,” says Owings. “But we left them. Here is a band at the peak of its powers, playing raw for the last time. It’s the reason everyone says Pylon was the best live act to ever come out of Athens. You can hear it in every second of this recording.”

Out today on Owings’ Chunklet Industries record label and already receiving rave reviews from Spin and Pitchfork, Owings hopes “Pylon Live” affords the critically acclaimed band the chance at a fresh epitaph and turns a new generation of fans onto the Athens act.

“My biggest hope is that this record makes people feel the same way I felt growing up, loving this band,” says Owings. “The fact that I got to be a part of this at all is amazing. But this really has nothing at all to do with me. This is a chance for all of us to celebrate and honor one of the truly great bands. I’m just the dork who had the time to go hunting for a tape.”