It’s a safe bet that Will Packer, the executive producer of the reimagined “Roots,” (premiering tonight at 9 p.m. on History, Lifetime and A&E) blew the entire $6.6 million budget of the 1977 original mini series just on tonight’s riveting two-hour debut episode. Unlike the original, shot largely on the Warner Brothers backlot in Burbank, California (with a few scenes filmed on coastal Georgia), Packer, cast and crew shot on location in South Africa and on a Louisiana plantation, complete with slave quarters. 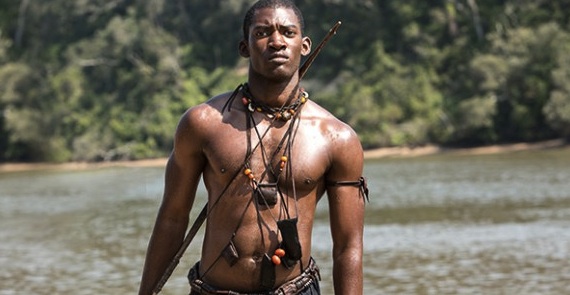 The new “Roots” has the production values of a big budget big screen thrill ride, something the Atlanta-based producer behind the blockbuster “Ride Along” franchise and Oscar nominated “Straight Outta Compton” knows a little something about. Packer also lured actors, including Atlanta rapper T.I. (who acts under the name Tip Harris), Laurence Fishburne, Forest Whitaker, British newcomer Malachi Kirby (who is a revelation in the iconic role of Kunta Kinte), Anna Paquin, Mekhi Phifer, Jonathan Rhys Meyers and Anika Noni Rose to star in the re-imagining. Actor LeVar Burton, who rose to fame playing Kunta Kinte in the original, serves as a producer on the new mini series. 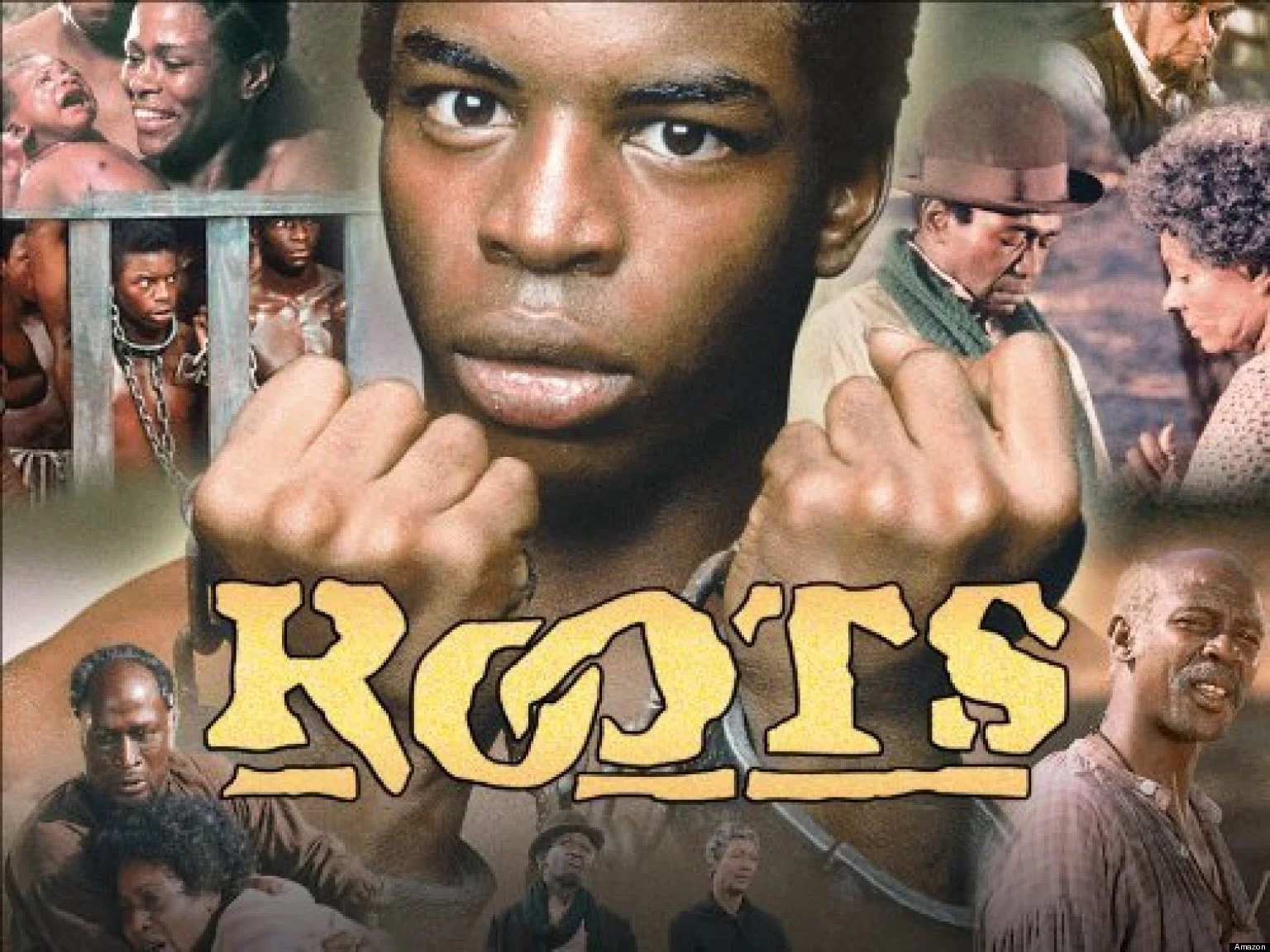 Along with dazzling production values and a sharply edited, brisker pace, the new “Roots” recalibrates the multi-generational epic to tell the story decidedly through the eyes of its African characters. The first hour of tonight’s premiere, beautifully photographed in South Africa, gives viewers an enhanced examination of Kunta Kinte’s backstory as he musters the mental and physical agility needed to become a warrior in his tribe. It sets up conflicts within his family dynamic (he wants to attend university in Timbuktu) and there are lighter scenes with friends and a romantic interest. Once sold into slavery by a rival tribe, the second hour is split between an explosive slave rebellion on board the white slave traders’ ship and Kunta Kinte’s refusal to assimilate into an enslaved existence on a Virginia plantation. By the end of tonight’s gripping premiere, tissue clutching viewers will likely be emotional and Packer hopes, enlightened and empowered, too. The producer is the first to admit he’ll be chewing his cuticles, along with the bean counters at the History Channel and sister networks A&E and Lifetime (who are simulcasting the original History production) as ratings come in on Monday night’s debut.

“The decision to make ‘Ride Along 2’ was easy,” Packer told a packed audience at an advance screening of “Roots” this month at the National Center For Civil and Human Rights in downtown Atlanta. “The decision to do ‘Roots’ was not. In Hollywood, we like to be risk adverse. We like to pick projects that are safe. We knew it was going to be a profound and painful experience for a lot of people. This is the most important thing I’ve ever done. I’m so proud of this.”

Among the Atlanta dignitaries in the audience for the screening: Morehouse College president Dr. John Silvanus Wilson, Jr., Camille Love, the director of the City of Atlanta’s Cultural Affairs office and former U.N. Ambassador and Atlanta mayor Andrew Young and his wife, Carolyn (who greeted “Roots” actor and family friend T.I. with a hug as he arrived for the post-screening Q&A).

And like T.I. (whose first response when asked to play “Roots” Civil War soldier Cyrus was “HELL no!”), Packer knows he’s got an uphill climb trying to sell “another slave narrative” — and a “Roots” remake — to an ever-fragmented TV audience.

“So many people are saying, ‘I’m not even going to give it a chance,’” said Packer. “I’m catching flack on this, flack from the same people who are bugging me about ‘Ride Along 3.’ It’s ridiculous. ‘Roots?’ Nah, I know the story.’ No, you don’t. And your kids really don’t know the story. There are still people out there trying to make slaves — Donald Trump!”

Added Andrew Young, who as the original “Roots” was airing in January 1977 received a call from President Jimmy Carter asking him to accept a role as United Nations ambassador and fly to Africa to talk to 22 African leaders in an effort to create U.S./African policy: “This is wonderful and painful. As I watched this tonight, I kept remembering what Dr. King used to say to us, “Unearned suffering is redemptive.’”

For Will Packer and T.I., one of the main motives for being involved with a “Roots” reboot was getting the story out to a new generation who hadn’t seen the original mini series or been exposed to the book by Alex Haley. Explained Packer: “I went back and tried to re-watch the original. It’s almost 40 years old. It doesn’t have any of this. This is real-deal production values. We spent a lot of time, effort and money to get this right. Black, white, brown, in between, everybody needs to see this. If we’re fortunate, this one will last 40 years like the original. If we’re lucky, this will be the definitive story of how Africans came to America for the next 40 years.” 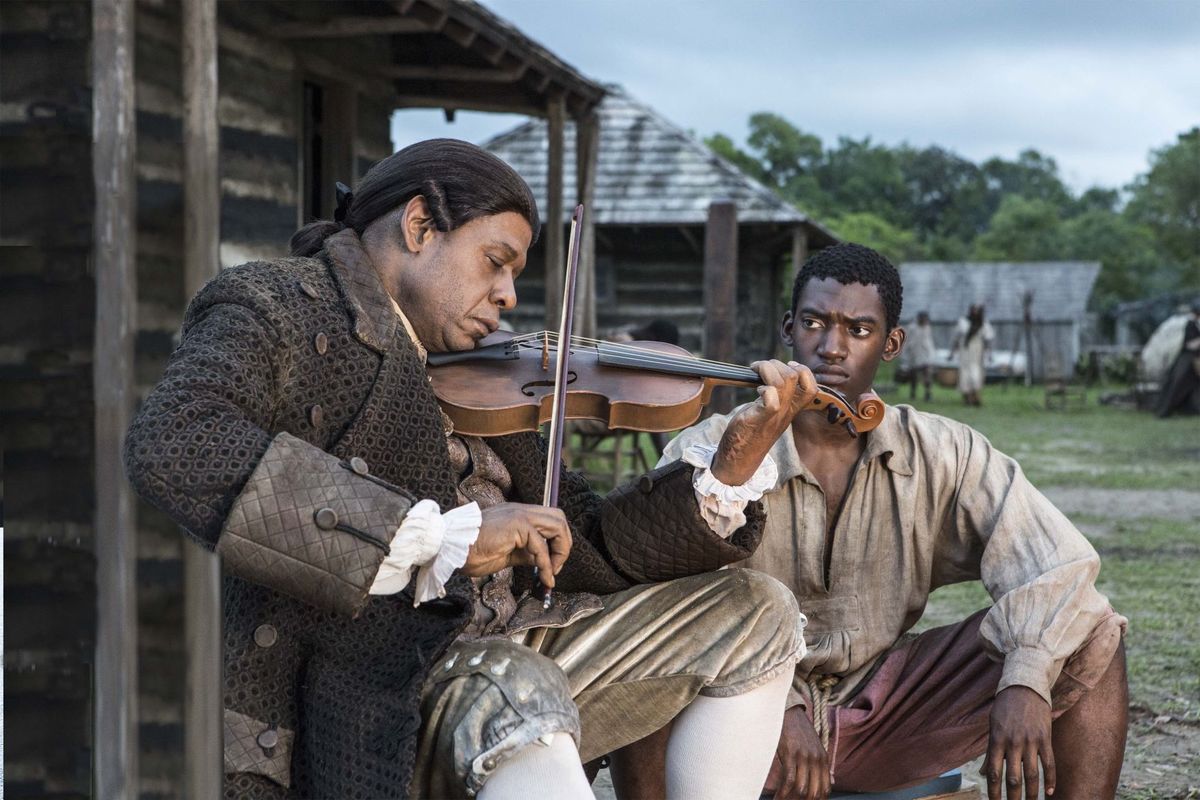 But whether you were in front of the camera or behind it, remaking “Roots” was an emotional journey for all involved. “It was a spiritual experience being on set,” recalled Packer. “We shot on actual plantations. And you have all these extras in full wardrobe and in full character. The scenes, as hard as they are to watch, were just as hard to film. I have never been a part of a project that moved me as much. This is not a project where you yell ‘Cut!’ and everybody just goes back to what they were doing. You’re in it.”

T.I. describes filming the battlefield sequences of his Union soldier character Cyrus as the most intense experience of his acting career. “I play a rebellious soldier,” explained the rapper/actor. “I’m the Tupac of episode four! For me, just being on slave row on a plantation, seeing where slaves were housed, to absorb all that was a lot. To realize this was something so recent in our history, that the structures are still standing? That was incredibly deep for me. And to be a part of remaking the most watched television [mini series] in history? The bar is set pretty high.” 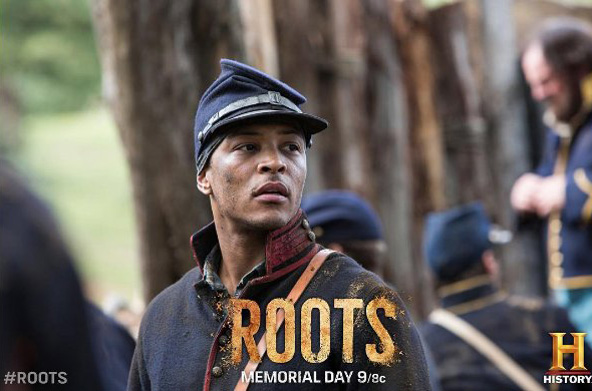 “Roots” airs Monday, Tuesday, Wednesday and Thursday night at 9 p.m. on History (and will be simulcast on Lifetime and A&E).