He’s a shirtless loudmouth with an accent as thick as a piece of Benton’s bacon, railing about transgendered bathrooms in a video selfie shot out the tree-lined back door of his Knoxville, Tennessee home. In an age when Donald Trump has political currency, we don’t even need to click the volume button to know what this guy is saying, right? And then, with the fury of an F-5 tornado touching down in a trailer park, Trae Crowder proceeds to blow your mind.

Over the past month, up and down the Mason-Dixon line, millions of Facebook users have cranked the volume on stand up comic Trae Crowder’s viral videos and gotten an earful of this: “All I’m hearin’ is, ‘We gotta protect our kids!’ Meanwhile, these are the same mother [expletive] who put Mountain Dew in a sippy cup and beat their six-year-old with a wire hanger for standing in front of the TV during Dr. Oz. Y’all are so full of [expletive]!”

Up ending, breaking down and outright shattering southern stereotypes has become Crowder’s brand as his “Liberal Redneck” videos have gone viral, tackling topics like Tennessee (temporarily) adopting the bible as the “official state book,” Ted Cruz’s political demise and the bible accessorized folks who are currently boycotting Target, due to the department store chain’s new trans inclusive restroom policy. The phrase “Liberal Redneck” was borrowed from his stand up set list, shorthand for a successful bit that he has used to close out his act. Crowder’s country boy demeanor (and his penchant for sleeveless T-shirts) baits the hook to attract your worst Southern stereotypes and then, with razor sharp, unexpected insights, he reels you in. The jokes work because Crowder is a comedic double agent on a sneak attack mission, an ultimate insider, a guy who grew up a poor white kid living in Celina, Tennessee. 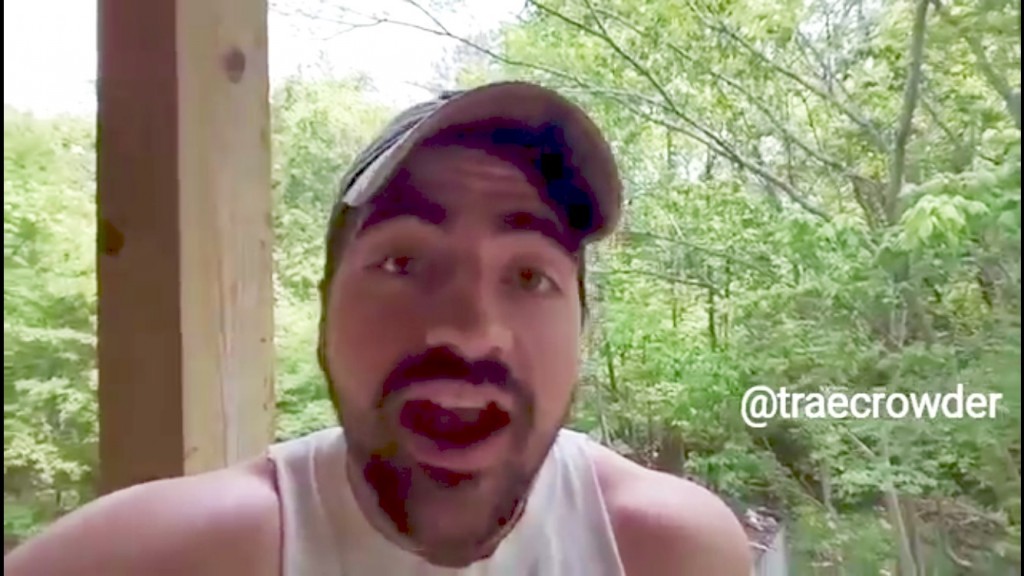 This month, thanks to millions of Facebook views and a new fan base (his Facebook page is currently closing in on 205,000 likes), Crowder and his progressive pals Corey Ryan Forrester and Drew Morgan are taking their jokes on the road with the Well Red Comedy Tour. The show stops in Atlanta for two shows Sunday night at The Punchline.

There’s a trace of wonder in his voice as Crowder recounts his freshly minted social media fueled popularity with his comedy being profiled on MSNBC, Raw Story, Sirius XM Radio and Rachel Maddow. “For years, we’d be sitting on Corey’s porch after a show drinking and daydreaming about going on a tour like this,” says Crowder. “We always wanted to do something like what Jeff Foxworthy did with the Blue Collar Comedy or The Kings of Comedy, a themed tour, but with smart southern comedy. We’re lucky that what we do happens to fit into this niche that hasn’t been filled before. It’s like the Blue Collar Comedy Tour, only we’re showing you the opposite side of that same coin. We’re excited by the opportunity to build an audience. And to headline at The Punchline in Atlanta with its history and credentials? It’s an honor.”

Growing up influenced by the comedy of Chris Rock, Crowder learned from a master about the power of aiming critical commentary at your own community and its people, the folks who sometimes most need a dose of the truth. “When people compare my approach to Chris Rock’s, I’ll happily accept it because he’s one of my idols,” says Crowder. “But for me, it’s just about telling the truth. Somebody from the north couldn’t get away with what I do. I can. One of the first interviews I did, a reporter asked me, ‘Don’t you think what you’re doing is a little classist?’ Nobody is going to tell me that I can’t joke about or mock rednecks or poor white people. I am one of those people. It’s how I grew up. It might appear classist to some people. I don’t really care. It’s honest.” 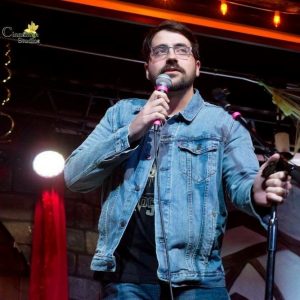 And that withering Mountain Dew in a sippy cup line? “I wanted to zero in on the hypocrisy of the whole transgendered bathroom debate,” Crowder explains. “I kept hearing this ridiculous argument: ‘We’re not trying to discriminate but we’ve got to protect the kids.’ Really? The obesity rate in the south is through the roof and I know people who give toddlers cups of soda and still believe in corporal punishment. The bathroom issue is just a convenient way for these people to discriminate against people they consider weird, gross or whatever. Somebody had to throw their hypocrisy in their face. It burns me up.”

As a husband and father, Crowder says he can’t grasp the conservative Christian anti-LBGT sentiment.” I cannot fathom a father who could disown their child for being gay,” he says. “I have a three and a four-year old, both sons. I love my kids more than anything. How could them being gay or transgendered affect my love for them? I can’t understand people who love their kids conditionally. I can’t wrap my head around it.” Crowder says growing up with a gay uncle helped to shape his thinking on LGBT rights.

And while he understands the reasons other entertainers are boycotting North Carolina after the state recently passed anti-LGBT legislation, the Well Red Comedy Tour and its verbal hand grenades will land in Asheville Monday night and the trio is looking at dates in Charlotte and Raleigh as well.

Says Crowder: “Up until a few weeks ago, next to nobody came to see me do stand up comedy. The idea that I could make some kind of political statement by boycotting is beyond ridiculous. I’d much rather play and get our message across. Believe me, the politicians in North Carolina are not sitting around saying, ‘Oh man, we gotta do something about this stupid ass law or Trae Crowder isn’t going to play here!’ While Bruce Springsteen and Ringo Starr are both progressives, they appeal to a wide range of people, including right wing assholes. None of those people are going to come to see us unless they get dragged unconscious to it.”

While Crowder has cheerfully referred to the 2016 presidential campaign as a “crap crescendo,” growing up in Celina, Tennessee he uniquely understands Donald Trump’s appeal to his people. “It’s more complicated than people on the left want to admit,” he explains. “They think, ‘How is this rich silver spoon asshole from New York resonating with people in trailer parks?’ I’ll tell you how. When I was growing up, the center of our town’s economy was an Oshkosh Bgosh factory. It employed hundreds of people. But in the 1990s with NAFTA [The North American Free Trade Agreement], the factory went to Mexico. It devastated and decimated the entire town. It’s been double-digit unemployment ever since. Now there’s drugs and crime in a small little town that used to be described as quaint. It’s been ravaged. That’s true of a lot of rural areas. When Donald Trump says he’s going to bring back jobs, it resonates with those people. They don’t realize that he has no desire to do anything he’s talking about. That he’s using them as pawns to get votes. It’s what they want to hear. Of course, his blatant bigotry and racism don’t hurt either.” 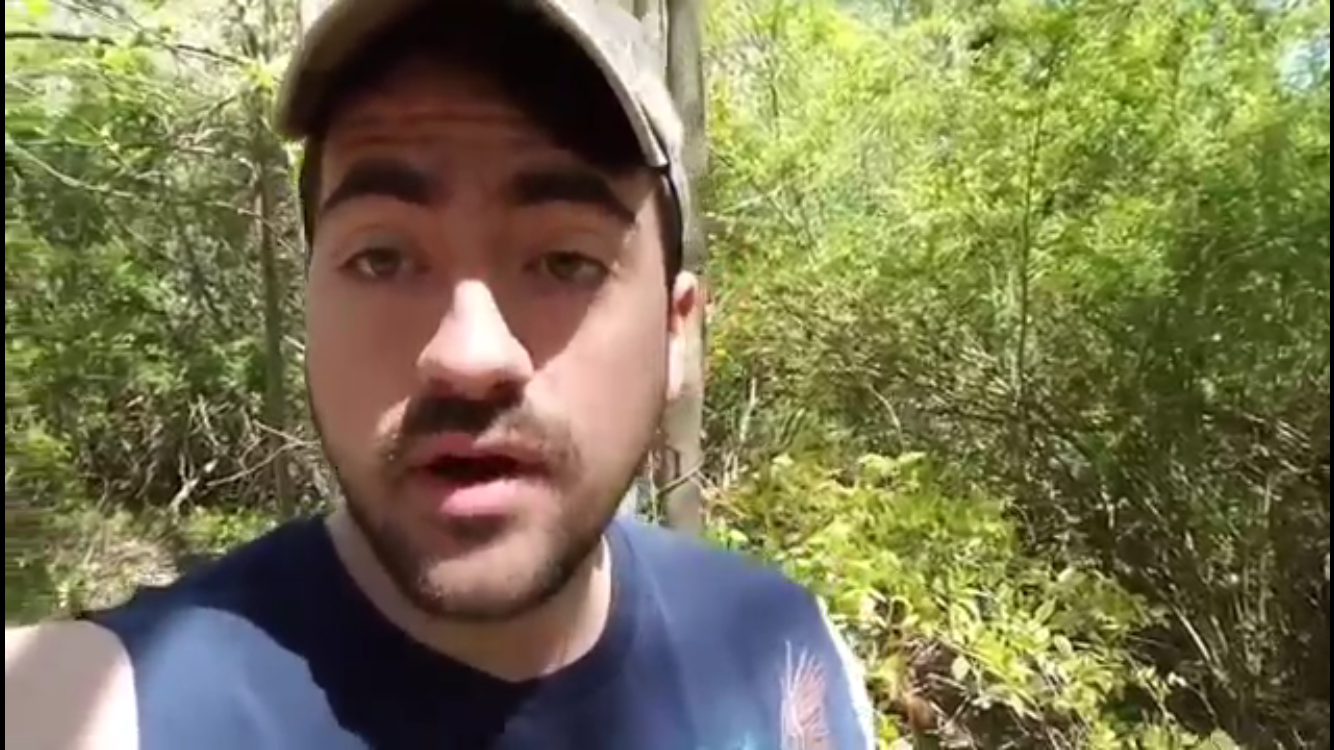 Now that Trae Crowder and the Well Red Comedy Tour is building momentum across the country, the comic is using his new blue check mark verified Facebook celebrity to deliver his material where it’s needed most. I’ve lived in the south my whole life,” says Crowder. “I have a lot of friends who think like I do, especially younger people who are progressive and living in the south. It means a lot to me to read a message on Facebook that says, ‘Hey man, I live in Mississippi and I really appreciate you showing people outside the south that we’re not all crazy inbred racist hicks. Hearing from all those other progressive people living down here has been the best part of this whole thing for me. Finally, we’re being heard.”
The Well Red Comedy Tour with Trae Crowder, Corey Ryan Forrester and Drew Morgan will be at Atlanta’s Punchline, Sunday, May 22 at 7 and 9 p.m. The 7 p.m. show is currently sold out.
For tickets, go to http://wellredcomedy.com/

Here’s How CBS 46 Scored The Amanda Davis Exclusive The Entire City Is Talking About This Isn’t Your Mama’s 1977 “Roots.” This One’s Better.