Even by hyperbolic May TV sweeps standards, CBS 46’s promo was a gut punch to the solar plexus: “I’m Amanda Davis. I’m an alcoholic.” The two sentence admission from the former Fox 5 news anchor in a red dress, was then followed by the words: “Alcoholism,” “DUI Arrests,” “Depression,” “Life Spiraling Out Of Control,” “Rock Bottom,” “Denial” and finally, “Faith” before “Amanda Davis: In Her Own Words, Tuesday at 11 p.m.” flashes on screen. 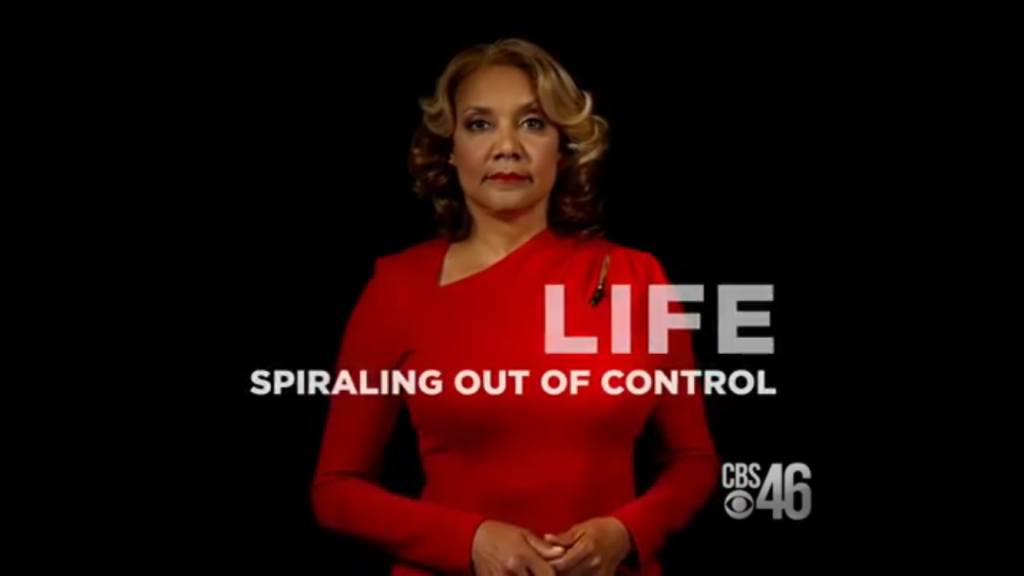 All week long, the former Atlanta news anchor’s unvarnished three-part confessional has had the entire city talking, not only about the 30-year Atlanta media icon’s very public crash and burn following three DUI arrests but also about the dangers of addiction, the plight of depression and how women in the TV news business are often cast aside as they age.

In June 2015, Davis was set to kick off CBS 46’s brand new “Just A Minute” series of commentaries by prominent Atlanta media figures when she was arrested and charged with her third DUI, derailing the debut. But CBS 46 management kept in touch with Davis over the past year (one Atlanta news industry veteran even observed, “It is truly one of the few selfless acts I’ve ever seen a station perform. They genuinely just cared about her health and wellbeing.”). The station also kept her on its active CBS 46 Contributor roster throughout the past year.

Last month, Davis reached out CBS 46 vice-president and general manager Mark Pimentel and WGCL-TV news director Larry Perret and floated the idea of telling her story on-air in a special three-part series. She had written the scripts and hand-selected interviewees for the series, including her psychiatrist Dr. Tommie Richardson, an addiction counselor Dr. Steven Lynn of Ridgeview Institute and her minister, Lawrence Young, the pastor at Cascade United Methodist Church in S.W. Atlanta. Pimentel immediately paired Davis with CBS 46 news executive producer of special projects C.B. Hackworth, the guy who had overseen her first “Just A Minute” segment a year ago. In turn, Hackworth put Dimitri Lotovski, one of the station’s best photographers and editors on the assignment. 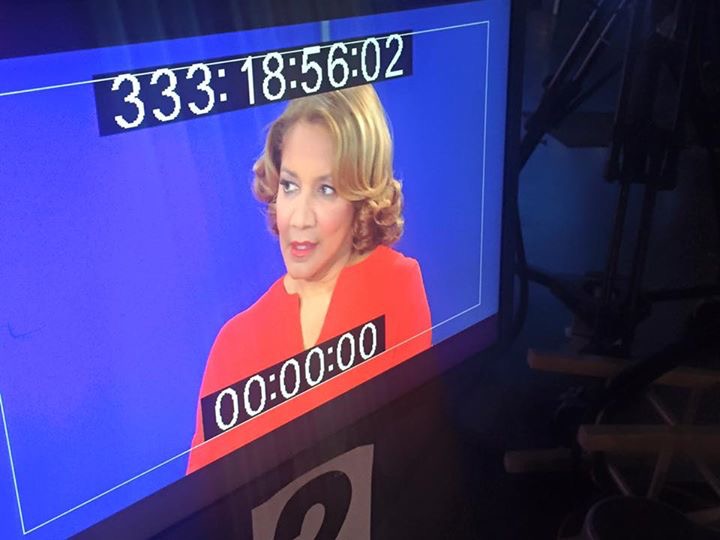 In addition to the taped packages, Davis has been on set on each night of the series at 11 p.m. this week to do a live Q&A with CBS 46 anchors Sharon Reed and Ben Swann. The final segment and live interview focusing on the aftermath of Davis’ DUIs, her decision to join AA and how she is repairing her relationships with her mother and daughter will air tonight at 11.

During a 30-year career in Atlanta and racking more than 20 Emmys, Hackworth worked chiefly at WSB-TV and WXIA-TV and his path never professionally crossed with the longtime WAGA-TV anchor. But he’s all too familiar with the personal cost of alcoholism and addiction. Hackworth lost a son to the illness. 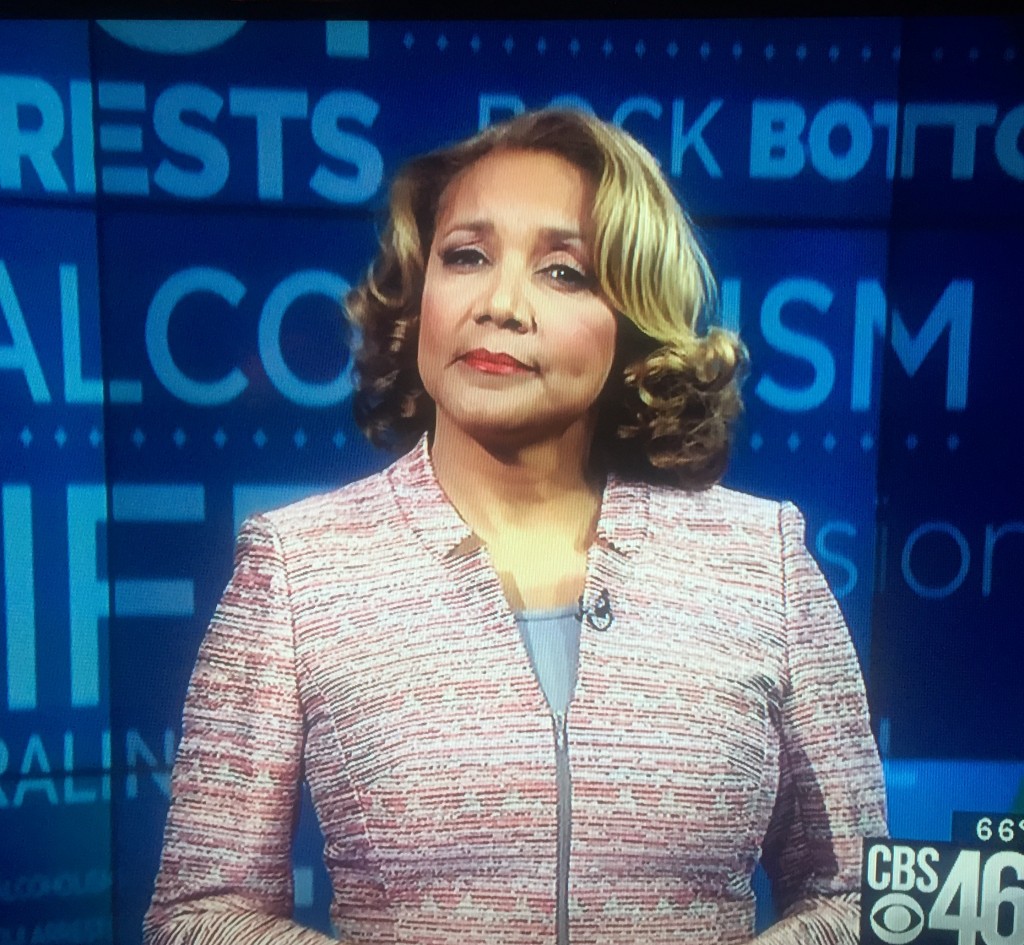 “She knew how I felt about recovery,” says Hackworth. “But she’s also a veteran of this business. We’re in the middle of a ratings book. When she came into the building, she preemptively said to me, ‘I know you don’t want to exploit the situation but I’ve been in this business a long time and it’s May. Let’s make it count.’” Hackworth laughs and adds: “So it wasn’t the cold, cruel, ratings-grabbing television station. It was Amanda, just being a professional and knowing that this was a time that would work for everybody. Everyone in this building has been impressed with her dedication to this story and her professionalism over the past week. Even the young people who many not have known who she was when she first walked in, are taking notice.” 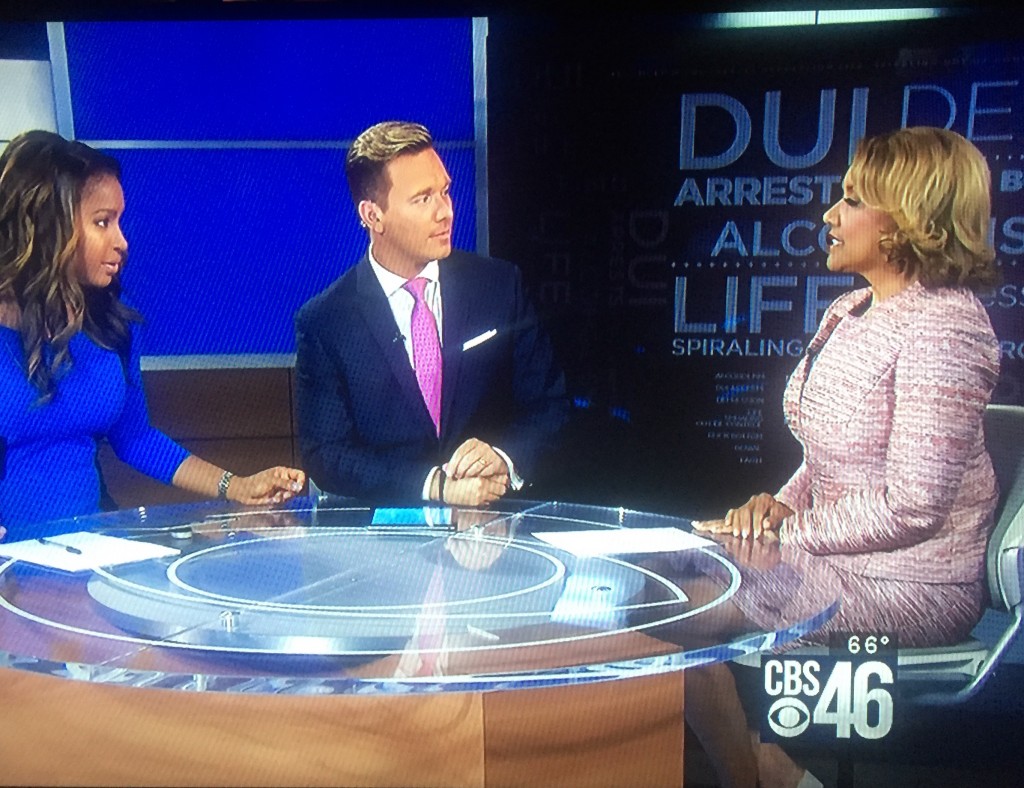 Hackworth says Davis’ scripts needed very little editing and he’s done little more than “shepherd” the pieces along in production and stand on set each night during the live Q&A in case Davis requires anything. Says Hackworth: “In general, live TV always makes me nervous. I haven’t been nervous with this series. She’s a complete professional. She knows the tough questions are coming. These are things that she’s been dealing with for a while now. I don’t think there was any question that the anchors could have asked that she wasn’t ready for. She didn’t feel the need to rehearse with them in advance Wednesday night. I haven’t known from night to night what was going to be said. Everyone just did their job.”

Davis didn’t flinch when Emmy nominated CBS 46 creative services director Jeff Holub came to her with the idea of the powerful “I’m an alcoholic” promo idea either. Explains Hackworth: “It’s the essence of what her whole message is. If you know anything about recovery and Alcoholics Anonymous, the first step is admitting you have a problem. But normally, you aren’t required to say those words, include your last name and address an entire city on television when you do it. Amanda is choosing to do this in a very public way. It’s very powerful and an out there place to put yourself. She isn’t calling this a miracle cure. We’re not wrapping this up with a pretty bow. She’s telling viewers, ‘This is a lifelong problem and I’m dealing with it.’ She believes by putting herself out there, maybe she can help others.” 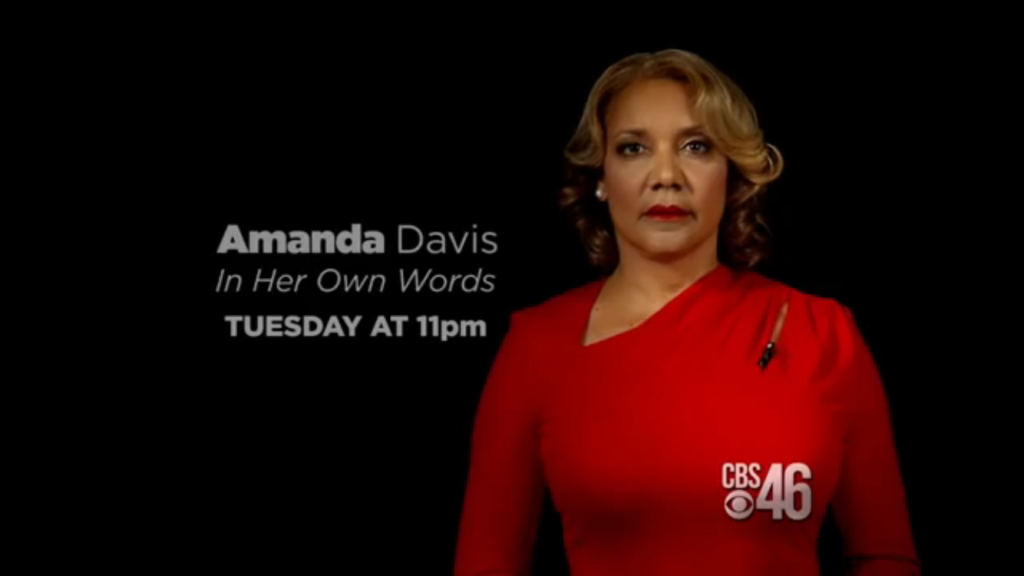 While thousands of viewers are posting messages of support on the CBS 46 Facebook page, the series has also impressed one high profile old friend of the anchor — former U.N. ambassador and Atlanta mayor Andrew Young. In fact, Young was so impressed with the way the station chose to tell Davis’ story, after months of wooing, he arrived at the station this week to film his inaugural “Just A Minute” segments with Hackworth, his longtime “Andrew Young Presents” documentary producer. “Most people come in and need a teleprompter,” says Hackworth. “Andy Young came in, did six of them off the top of his head and even nailed the one-minute mark on the nose.”

Hackworth is quick to point out that Davis’ three-part series isn’t the ramp up to any kind of inked future with the station. “This was all unplanned until a few weeks ago,” he says. “Ultimately, it will be up to the station and to Amanda about what happens next. For right now, this is just about Amanda telling her story in her own words and us presenting it in a credible and honorable way.”

The third and final part of Amanda Davis’ special series airs tonight at 11 on CBS 46. All three parts will be posted at cbs46.com on Friday.