It’s a fiendishly clever murder plot any writer would kill to dream up — death by eyelashes. The problem for Atlanta novelist Mary Kay Andrews was that it was happening to her in real life last week when she found herself in the Emory University Hospital ER at 3 a.m. As part of the preparations for the May 17 launch of her 24th novel, “The Weekenders” (St. Martin’s Press, $27.99), Andrews performed her usual pre-book tour ritual of having her hair cut and dyed and subjecting herself to a manicure, a spray tan, a massage and eyelash extensions (“Basically, you lie like a corpse for an hour and a half while someone glues Mongolian rat hair to your eyes,” she cracks). But during the lash prep, Andrews noticed one of the products was making her lashes burn. A technician quickly dabbed off the solution.

At 2:30 the next morning, Andrews awoke to discover her eyes had swollen shut, her lips were three times their normal size, her heart was racing and her body was in full-on allergic reaction.

Recalls Andrews: “So, I’m sitting in the ER and the rational part of me is scared but the writer part of me is busy sucking up all the ER drama and I’m thinking, ‘This would be a really great way to kill someone in a book!’ Then my daughter Katie turns to me and says, ‘You can’t just use mascara like other people?!’” One shot of Prednisone and a few Benadryl tablets later, Andrews’ book tour was saved.

The late-night eyelash emergency is the kind of side-splitting scene readers have come to expect from Mary Kay Andrews (and her real life alter ego, former AJC reporter Kathy Hogan Trocheck) for nearly 25 years now. Over the years, Andrews has forged a lasting literary bond with female readers by writing authentically — and often hilariously — about women, crafting stories filled with strong nuanced female characters and brimming with intelligent escapism that her readers love. “The Weekenders,” her latest page-turner — set on the fictitious idyllic North Carolina island, Belle Isle, is poised to keep her New York Times bestseller winning streak going too. 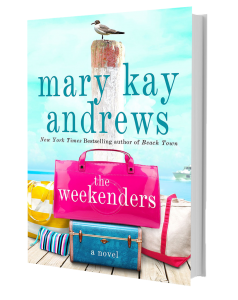 TV news reporter, is grappling with a failing marriage, a missing louse of a husband and suddenly, a process server who upends her life, blindsiding her with a set of legal documents. For the novelist who rose to fame as the mystery writer behind the Callahan Garrity housecleaner sleuthing series, including 1992’s “Every Crooked Nanny” and 1993’s “To Live And Die In Dixie,” it was a way for Andrews to satisfy Kathy Trocheck’s penchant for a body count.

But unlike her mystery writing methodology of 25 years ago, “The Weekenders” proved to be a puzzle, even for the woman tapping out the story on her computer.
“I thought I knew who the murderer was, I thought I had a road map but everything changed,” Andrews explains over an iced coffee at Dancing Goats in Decatur. “My editor was on phone saying, ‘I need the book!’ and I’m trying to explain, ‘The person who I need to be the murderer doesn’t want to do it!’ A month before I had to hand in the book, the murderer finally emerged and it surprised even me. Going in, I didn’t know about half of the twists that ultimately ended up in the manuscript. It was terrifying but fun.” 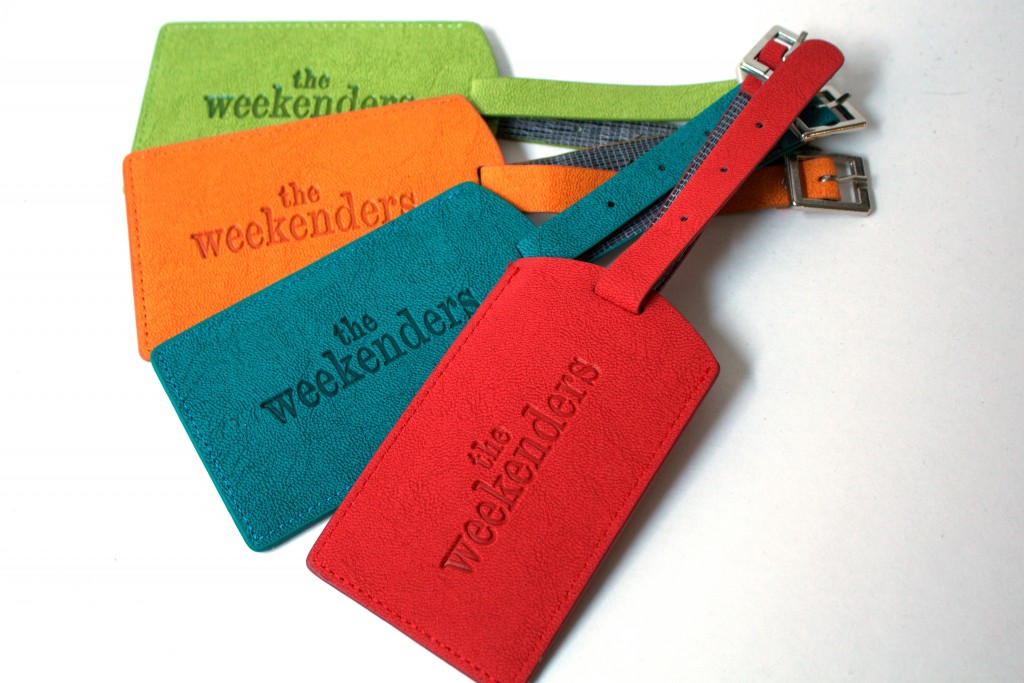 And like any great Andrews book, “The Weekenders” is filled with memorable characters, along with a few her readers love to hate. Like the social climbing, Michael Kors handbag clutching Barbies of Belle Isle, Andrea Payne and Melody Zimmerman, who hug you a little too long and greet you with a grating, sorghum dripping “Heeeeeeyyyyyy, Riley!”

“What can I say, it’s fun to be snarky!” Andrews admits laughing. “I have to let that out every once in a while! I love writing characters like that, the people we all meet and you kind of roll your eyes when you see them coming toward you at the supermarket.” 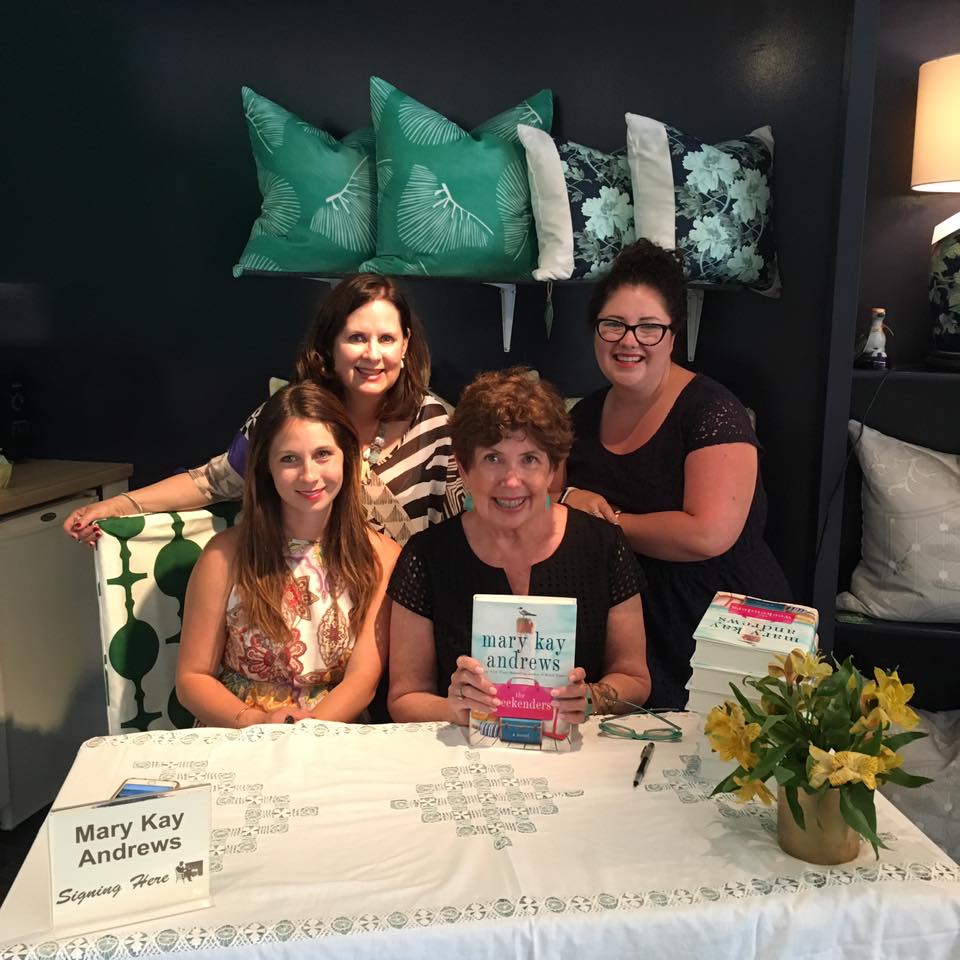 In the age of Yelp, even a writer as beloved as Andrews (hundreds of readers came out for pre-release signing Sunday at Ponce City Market, a benefit for the Atlanta Beltline Partnership) still has to contend with digital trolls. Take the folks who gave her 2015 novel “Beach Town” one star on Amazon. Please.

“The things the haters hate I can’t fix,” she explains with a shrug. With ‘Beach Town,’ it was, ‘I hated all that movie crap. It dragged the book down.’ Well, it’s a book about a movie location scout so when you take that away, you’re not left with a whole lot. I also heard, ‘Why did she have to put in those sex scenes? They were too explicit.’ Well, I’m writing books in 2016. It’s really not believable that a single mature woman in 2016 would not be sexual. I’m still my biggest critic. I’m always asking myself: ‘Did the story do what I wanted it do to? Did I stretch creatively? Did I get it right?’” 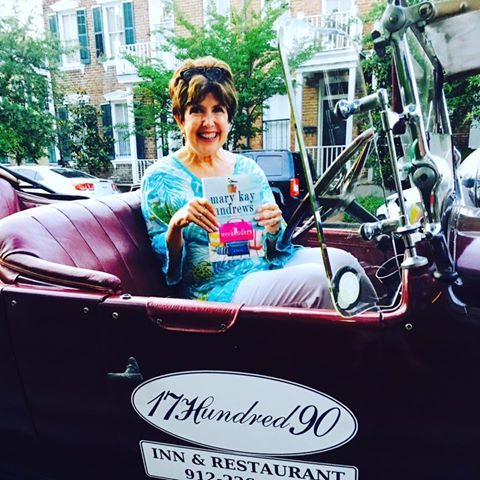 Like any seasoned reporter, Andrews gets some of her best stories by being anonymous in public, craning an ear for juicy bits of dialogue and future potential plot twists. Even if the locale is Emory University Hospital’s ER at 4:30 in the morning. Despite making an annual appearance on the New York Times bestseller list, Andrews can usually still slip undetected by readers most places in public, with one notable exception.

“Because I’ve written about them so much, I usually get recognized at estate sales,” Andrews says laughing. “Readers know it’s my happy place. I’ll be dickering with a dealer over a price and I’ll hear, ‘Look, it’s Mary Kay Andrews!’ and my cover is blown. That’s usually followed by my two least favorite phrases when the dealer tells me, ‘full price’ and ‘as listed.’ But it’s OK. Hey, I’m living the dream. I’m still amazed, all these years later, that I get to do this for a living!” 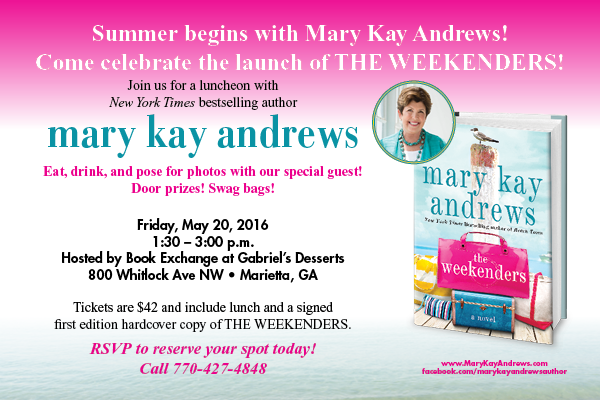 As Tammy Faye Bakker, Broadway Vet Kirsten Wyatt Steals The Show In “Born For This” Here’s How CBS 46 Scored The Amanda Davis Exclusive The Entire City Is Talking About