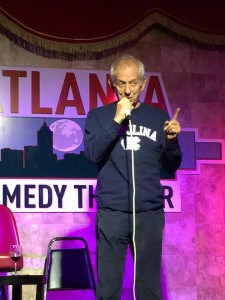 There’s a twinge of irony in the opening moments of Atlanta filmmaker Leanna Adams’ fascinating new documentary “Jerry-atric: One Comic’s 77-Year Climb To The Top Of The Bottom.” The film’s tone-setting opening shot is stand up comic Jeff Foxworthy on a late night TV talk show recounting the early days of his career here when a clueless comedy club emcee introduced Foxworthy by saying, “Ladies and gentlemen, give it up for Jerry Farber!”

Thirty years ago, mistaking Foxworthy and Farber as they were both rising on the local comedy scene might have been an easy mistake to make. But the reason the joke works in 2016 is due to the fact that Foxworthy has become a multi-millionaire household name while Farber, at age 77, continues to toil as a touring comic, working comfortably under the bubble of national fame and cushy network TV paydays.

And that’s why “Jerry-atric,” Adams’ 18-minute short documentary on Farber screening today at 2:25 PM at UA Tara Cinemas on Cheshire Bridge Road as part of the Atlanta Jewish Film Festival works so extraordinarily well. It’s a fascinating and poignant story of a comic who has become an Atlanta icon yet remains a guy who works steadily around the country at comedy clubs, college campuses and private business engagements without the perks of fame.

Adams, an Atlanta film sketch comedy writer and actress first became intrigued with Farber five years ago while catching his set at Jerry Farber’s Side Door, his now-defunct comedy club at Buckhead’s Landmark Diner. In 2012, Adams even graced the stage as an emerging stand up on Farber’s stage.

“Jerry intrigued me because he’s a performer who loves to 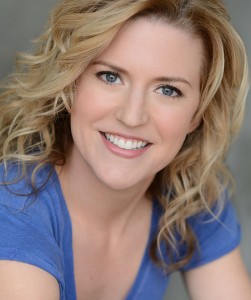 work,” Adams explains. “Most people just want the fame. They don’t really want to work. But for 50 years now, Jerry goes up on stage and does the work because he truly loves it.”

After a chance meeting with Atlanta cinematographer and editor Neil Butler, Adams decided to pitch Farber on the idea of shooting a doc on his life. Farber agreed, even after Adams informed him she had no interest in doing a fluff piece.

“At times, shooting this with Jerry has felt like chasing and trying to film a cat,” Adams concedes laughing. “Jerry’s a performer and so he always wants to perform for the camera. But he’s also a storyteller so he understood we needed to capture the good and the bad.” 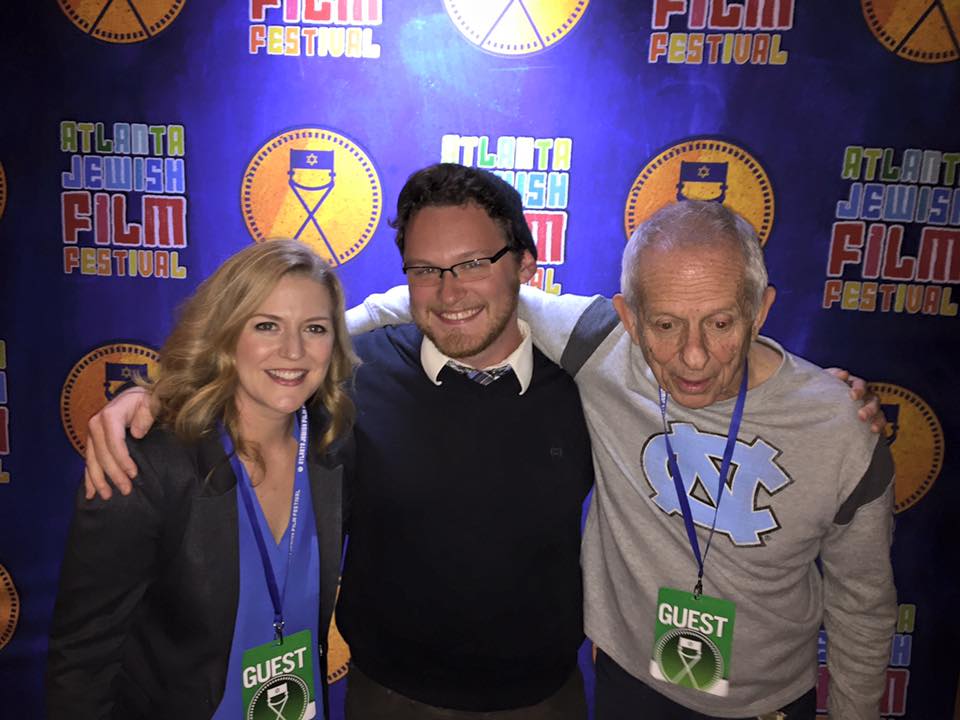 Consequently, Farber’s ongoing gambling addiction recovery is covered in the film, Farber’s third ex-wife Roberta “Rocky” Rachman provides insights into what it’s like to live with him and the comic’s notorious short fuse (there’s cell phone footage of Farber’s violent confrontation with an angry drunk customer outside the Landmark) is chronicled.

But the real heartbeat of “Jerry-atric” is the unique bond the 77-year-old has with his teenage son Joshua as they watch TV at home, share father-son chats about women and walk through Piedmont Park together. The comic’s 15-year-old offspring also manages to fire off the best one-liner in the doc. When asked to sum up his relationship with his show biz father, Joshua, clad in a Bob Marley T-shirt shrugs and deadpans, “Out of all my 76-year-old dads, he’s like Top 10.”

Farber will join Adams at Tara for today’s screening and will introduce the film to the Atlanta Jewish Film Festival audience. The film debuted last weekend at the festival to a packed house. Adams hopes the positive word of mouth the film is already receiving translates into the funding to expand the doc into a feature-length examination of Farber’s career. 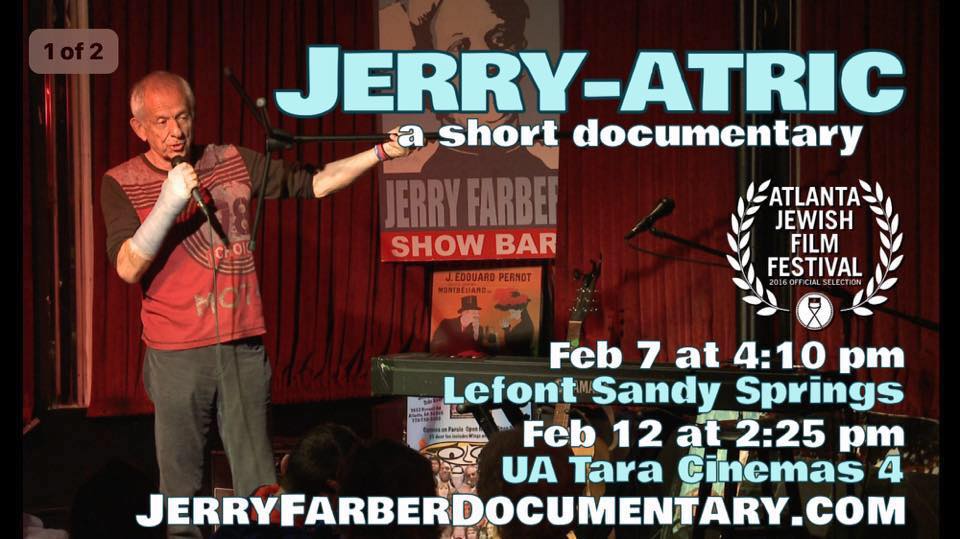 “I’d like the additional time to delve into what it’s like to go out on the road as a 77-year-old senior stand up comic,” Adams, 36, says. “There’s a real message to young people about following your passion about what you love and how people later in life are marginalized by those who are younger. Jerry loves people in a beautiful way. It’s been great to capture that. We want to be able to tell more of his story.”

“Jerry-atric: One Comic’s 77-Year Climb To The Top Of The Bottom” screens Friday, February 12 at 2:25 p.m. at United Artists Tara Cinema, 2345 Cheshire Bridge Road, Atlanta. Jerry Farber and filmmaker Leanna Adams are scheduled to be in attendance. For tickets and more information, visit: http://ajff.org/

For more information on the documentary, visit: http://www.jerryfarberdocumentary.com/

At Madre + Mason, Calavino Donati Continues Her Community Building Culinary Odyssey At Marlow’s Tavern, Love Simmers Behind The Scenes (Even If You Lock Your Future Wife Out Of The Restaurant!)