Review: Elton John Attempts To Stay Up Late For A “Wonderful Crazy Night”

By Will Gara, Eldredge ATL

Like many elder statesmen of rock Elton John, at age 68, could be quite happy making millions of dollars touring the world, playing his hits and living quite comfortably on the accolades of his back catalog of work. But Elton’s heyday of the 70’s was a phenomenon that included numerous number one albums and singles, magazine covers and extensive play on the radio. Sure, he continued with some strong work in the 1980’s and of course “The Lion King” soundtrack in 1994 was a massive success as well. When you’ve been a hot commodity it’s only natural that you want to return to that spotlight.

Fortunately, the part-time Atlantan decided not to go the route of Rod Stewart or Barry Manilow and put out albums such as “The Great American Songbook,” “The Greatest Songs of the 1950’s” or even a Christmas album. In 2001, he returned to form with “Songs from the West Coast” and continued putting out some fairly decent work working with producer T-Bone Burnett on 2010’s “The Union” with Leon Russell and 2013’s “The Diving Board.” The pop-rocking sound of classic Elton was nowhere to be heard but it was solid work. 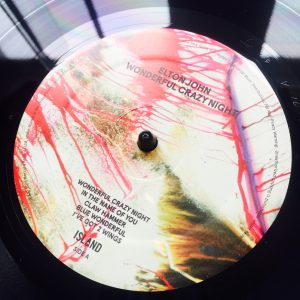 Maybe it’s because he’s happily married now and has two young children that he wanted his latest effort, “Wonderful Crazy Night” to reflect all of the joy in his life and decided to return to the glory days when his albums automatically shot up the charts.

The album kicks off with the rollicking title track. Does it sound like something from the 70’s? No, it’s more like an up tempo number from one of his lesser 80’s albums. But you do hear the fun he’s having and it’s a nice way to get things started.

From that point on, you can almost figure out what Elton was thinking during the songwriting process and you’ll find yourself playing the guessing game throughout the album. Are you a fan of “Tumbleweed Connection?” The second song, “In the Name of You,” sounds like it was lifted from those 1970 sessions. “Blue Wonderful,” that’s from “The Lion King.” “A Good Heart,” hey, that sounds like his 1982 single “Empty Garden.” “Claw Hammer,” meanwhile, could have come off the 1975 “Captain Fantastic” album and “Guilty Pleasure” from 1988’s “Reg Strikes Back.” 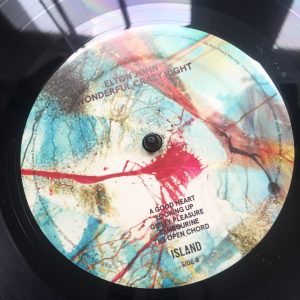 they are. In fact, this isn’t so much an Elton and his piano album as it is an opportunity for long-time guitarist Davey Johnstone to really shine. Some of Johnstone’s best work is featured here and it’s refreshing to hear his electric and acoustic guitar so prominently throughout the album.

Related  The Final Word From Mose: An Appreciation

For an album titled “Wonderful Crazy Night,” there’s not a lot of wonderful craziness going on. It’s mostly the nice, comfortable mid-tempo music that we’ve heard on Elton’s most recent work. It’s not until you get to one of the bonus tracks that you actually sit up from your chair and take notice. “England and America” is and out and out rock ‘n’ roll number that sounds like classic Bruce Springsteen with a nod to Billy Joel. Unfortunately, it comes on a little too late in the “Night” to get the party started.

Will Gara has been listening to Elton John ever since his mother bought him a copy of “Caribou” at a Caldor department store for his birthday in 1974. Examining the record from the backseat on the drive home, Will excitedly exclaimed, “Mom, there’s a song on here called ‘The Bitch Is Back!’ Will’s mother reportedly replied, “I’m not sure I like the sound of that.” For 42 years, Will has faithfully purchased each Elton John album on the date of its release.