By Breaking Boundaries, Willie Hyn May Be Atlanta’s Next Break Out Artist 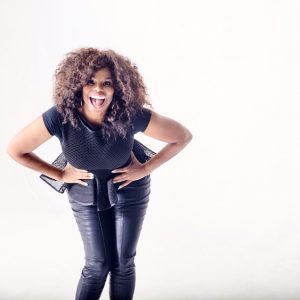 Editor’s Note From Eldredge ATL November Guest Editor Keisha Jackson: The buzz was out. I wondered … who is this Willie guy? Then by sheer coincidence, we met at a house party. A few months later, he asked me to sing on his record, then we randomly ended up in the Bahamas on the same gig LOL! His music is banging and his live performance is through the roof. He’s so committed, he’s so ATL! Do yourself a favor and check out a Willie Hyn performance whenever you have the opportunity. In advance … You’re welcome! 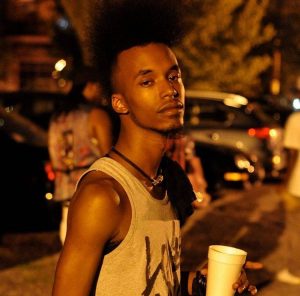 you need to know about Willie Hyn: “A guy gives a girl 13 roses. Twelve were real. One was fake. And then he says to the girl, ‘I’ll love you ‘til that last rose dies.’”

Unlike many of his contemporaries on the current hip-hop scene, the Atlanta rapper-singer-songwriter-producer doesn’t lyrically denigrate women by using words that start with “B” or “H,” depict them as one-dimensional sex objects or reduce the intricacies of male-female relationships to that of a disposable one-night stand designed to bolster the insecure male ego.

There’s depth, nuance, meaning and well, actual romance in Hyn’s best work, including the songs “Love Letters I Write To Rose,” “Drug Me” (a tale of love addiction featuring Nina Milan) and “Be Beautiful,” (a song honoring and celebrating women). 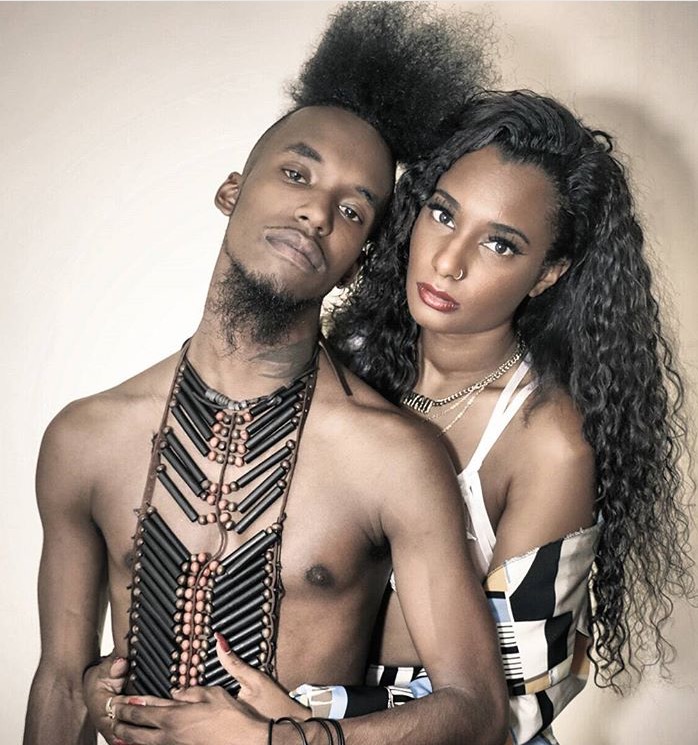 Likewise, in a live music scene filled with pre-recorded beats and homogenized raps, Hyn is also breaking the current mold with a raucous live show, featuring his band Confetti Rose whose wailing guitars, slinky bass and thunderous drums bring fans to their feet. Setting himself apart from rappers who relentlessly pace the stage while spitting rhymes, Hyn is visually more akin to a whirling dervish at a poetry slam, his signature shades often flying off his face in the middle of the opening song.

As he preps for the February 13, 2016 release (and an upcoming December listening party) of his new album “13 Roses,” a sequel of sorts to his 2014 concept album, “Rok N Rose,” the Stone Mountain native talked to Eldredge ATL about how his upbringing influences his music, details of his new album and how Barack Obama ended up helping to create the Willie Hyn signature look.

Q: You came up in the church as the son of a pastor. How did that end up shaping your work?

A: My dad W.J. Cason and my mother Edna are both pastors. My dad is the pastor of Hope of Glory Christian Church in Scottdale and Springfield Missionary Baptist Church in McDonough. I grew up in the church and started playing drums when I was five and I still play to this day. 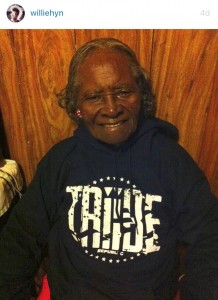 Q: Your grandmother Connie has also been influential in your life. Over Thanksgiving, she finally received one of your Triibe brand sweatshirts. How has she shaped your music?

A: She had been after me for months to get one of our new sweatshirts so I had to come through for her! (laughs). She’s a character. She’s who I get my talent for rapping from. She’s an amazing musician. She can sing and she does poetry off the top of her head. She could freestyle me under a table any day of the week.

Q: In the 2015 hip-hop world, you’re bringing some much-needed positivity and sensitivity to the scene. Why did you choose that perspective lyrically?

A: I’m influenced by life and by love. Everything I write about comes through those two subjects. At the end of the day, I fall back on love.

Q: You’ve been dropping some major hints on social media about your upcoming album, “13 Roses.” What can you tell us about the new project?

A: It follows the storyline I established with my last album, “Rok N Rose.” It’s basically part two. It chronicles the love story between me and my love interest, Pearl Misty Rose. It picks up where we left off. But the whole storyline is heavily influenced by what’s going on in my personal life. The album itself is cinematic but’s all based on my truth.

Q: Two songs in particular on your 2014 album, “Rok N Rose” stand out. First, there’s “80’s Rok” which has this cool Prince-like vibe, down to the drum machines and also “Freaknik ‘96/Rose’s Place” which is your homage to Atlanta’s former spring break weekend. How did those songs come about for you? 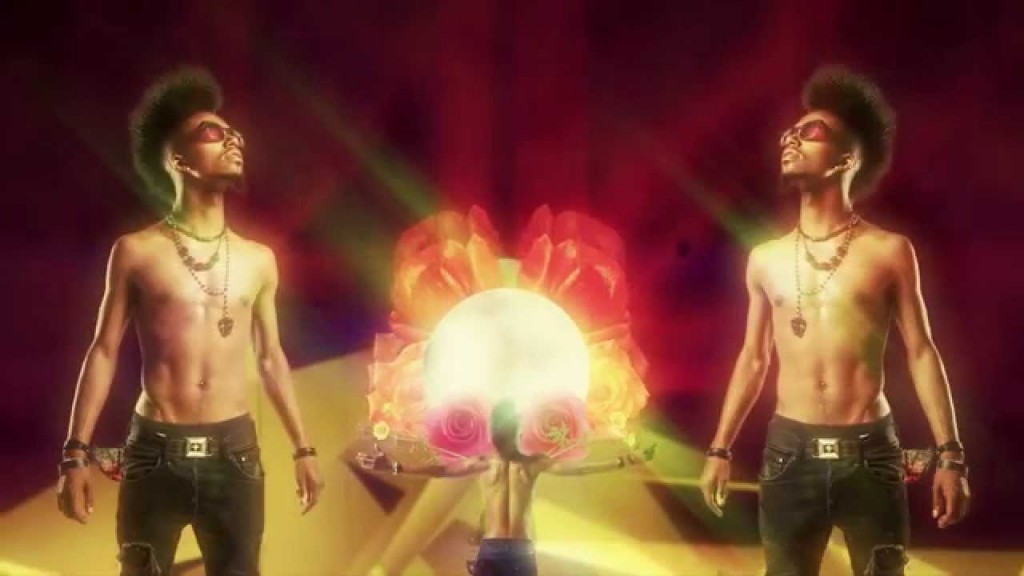 A: My long-lost musical brother Devin produced “80s Rok” for me. I came into the studio one day and he was playing that beat and told me nobody wanted to use it. I was like, “What?!” The song came to me immediately. The video to the song [directed by IAMEYE PHOTOS] ended up winning the 2015 [Jury Award] Atlanta Film Festival Best Music Video award. That was probably the biggest thing to happen to us this year.

As for Freaknik, I didn’t actually have the opportunity to attend since I was too young. But just hearing the stories from my older cousins, it made me realize that Atlanta doesn’t really host events like that anymore that draw people in, especially young people. I wanted to make an anthem and that just hit me right in the head. On the new album, we’ve got a sequel coming too, “Freaknik ’95.”

Q: Your live shows are a complete departure from the pre-packaged, often pre-recorded shows most hip-hop fans are accustomed to these days. How did that evolve? 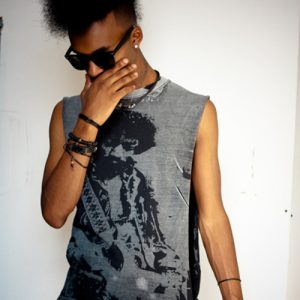 A: I put everything I have into the live shows. As an artist, performance is everything to me. I look at the people who have inspired me, from Jimi Hendrix to Prince to Andre 3000. Live performance is the through-line to their greatness. It’s kinda tough being an indie artist in Atlanta right now. It’s hard to fit in sometimes. But I finally realized, there’s not going to be any fitting in with us, so we’re just gonna have to stand out. I love my band, Confetti Rose. They’re amazing and we’re just continuing to evolve together live. It’s about staying true to who we are. I like to think that we might help to influence another act that’s trying to decide whether to do what everybody else is doing or do what’s real.

Q: Lyrically, you’re kind of a throwback to the Isaac Hayes era as opposed to modern hip-hop where there’s so much sexual posturing and fronting. Hayes wasn’t afraid to write about heartbreak and put his emotions into his work. And like your material, Hayes’ songs bonded him with female listeners. Have you gotten a lot of blowback for being so emotionally open in your songs? 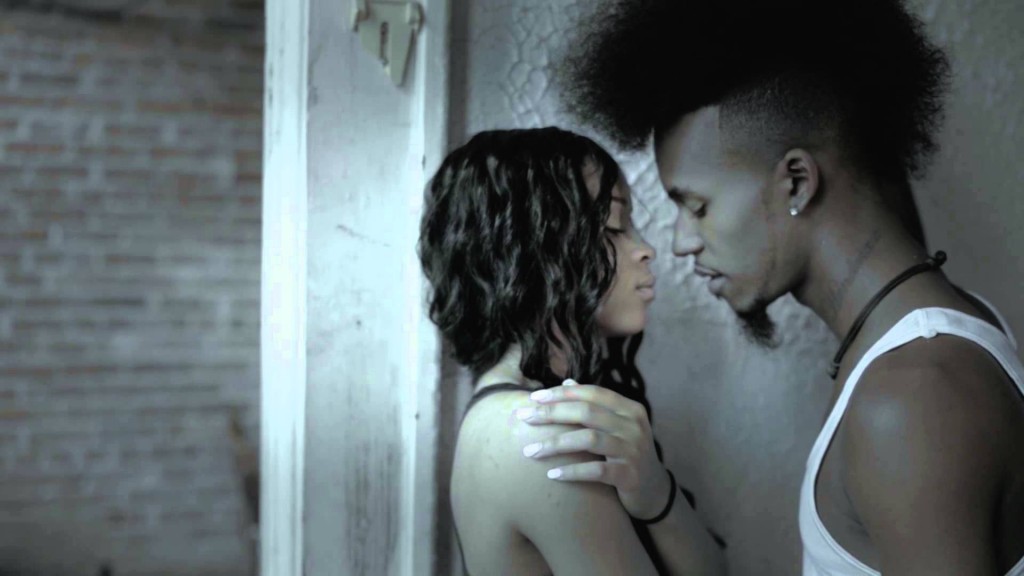 A: There’s always going to be some blowback. But I feel a lot more appreciation, especially from those guys who want to be able to be more real and capable of throwing their emotions out there. Maybe they’re not there yet mentally but they can appreciate someone who can do it in a cool, slick way and hopefully not make it too annoying! (laughs). There’s nothing wrong with letting it out and being real.

Q: You have this amazing sense of style. You opened for Angie Stone at Park Tavern recently and you hit that stage with the purple stage lights bouncing off your afro mohawk. How did your signature look originate?

A: Oh, man, to be honest, the mohawk just came out of nowhere. The night Obama was elected president, I got super drunk with my friends. I randomly cut a mohawk into my head and ever since, I just let the top grow out. And here we are, seven years later. It wasn’t anything I really ever thought about. Again, it comes back to Andre, Jimi and Prince. I like that classic style. I’m just trying to keep it going, keep people excited and keep people looking at you.