Richard Nixon, ‘The Post’ And How It Could All Happen Again

By Kathy O’Neill for Eldredge ATL

It’s OK to be afraid of Richard Nixon. It’s not unreasonable to worry about Robert Redford huddling with Hal Holbrook in a dark parking garage in “All the President’s Men.” We know how it ends. Still, there may have been theatre goers in 1976 yelling at the screen, “Don’t go in that garage!”

The President’s men were bad men. They were dangerous. And although the Nixon Administration had little involvement in the content of the Pentagon Papers, they worked to suppress its publishing with threats of the violation of the Espionage Act. President Nixon’s spectre hangs heavy in the film and his name is almost whispered, like a Brylcreemed Voldemort.

“The Post,” another fast paced newsroom drama/thriller takes us back to a time when men were men and you smoked at work. It reminds us that journalism can be just and true; the opposite of fake news, and can be dangerous business. It shows us how the written word has changed history and still can.

“The Post” does that in a true Spielbergian fashion, with a powerhouse cast, taut dialogue and the mighty score of John Williams. We are in “the shit” with Daniel Ellsberg (Matthew Rhys) in Vietnam in 1966, at a cocktail party at Katharine Graham’s house (she had so many parties!) and in Ben Bradlee’s triage unit makeshift newsroom Georgetown home, as the clock races toward deadline. The reporters, some grizzled and some golden aren’t just there for the crappy coffee, they are there to get the The Papers into print. They’re not breaking the story; they were beaten by Neil Sheehan of the New York Times, but they want in.

The crack team is led by Tom Hanks as Ben Bradlee and with Hanks and Bradlee, we are safe. Meg Greenfield, Howard Simons, Ben Bagdikian are among the team working the story, and we are with Carrie Coons, David Cross and Bob Odenkirk, portraying these intrepid and sometimes frightened reporters. Stealing the scene, as always, is juggernaut actor Tracy Letts as Post lawyer Fritz Beebe, outshining Nixon cronie Bebe Rebozo in the cool moniker department. Letts is lurking in the shadows, to remind publisher Graham what’s at stake.

And there is much at stake. The Washington Post was not exactly the bastion of hard hitting journalism when the Pentagon Papers ran in the New York Times. The day The Times ran The Papers, The Post led with a story on Tricia Nixon’s wedding, which they didn’t even have credentials to cover. Katharine Graham knows it could all fall apart, as her phalanx of short haired, rep tie-wearing attorneys and money men never tire of telling her. She is about to take the company public and during the IPO, the deal could go south. This is her family company, her late husband’s company, her company. She does not make her decision to publish lightly. Although there is a slim chance that she, Bradlee and her reporters will serve jail time, the threat is real. And, just like we know that Dustin Hoffman won’t get whacked by Chuck Colson, we are scared for her. Meryl Streep looks good, sounds good and shows us exactly why we always need to let her do her thing.

Costume designer Ann Roth makes Graham resplendent in a white caftan with gold trim during the scene where she decides to publish, thus sealing Graham’s legacy as the baddest bitch in town. Her
transformation is part of the high drama that helps push the film along. For a University of Chicago grad, former reporter and the first female CEO of a Fortune 500 company, Graham is hardly a timid flower. But, early in the film, she is portrayed as clumsy, bumbling and unsure of herself; a rube. This is the woman who didn’t miss a beat when former Attorney General John Mitchell threatened her with Breitbart-style rhetoric. In a call to Carl Bernstein, he suggests Graham would get her tit caught in a “big fat wringer” if The Post published a piece about a secret fund connected to the Committee to Re-Elect the President, controlled by in part, by Mitchell.

But, a thriller about publishing the Pentagon Papers would be a snooze if we didn’t have the 11th hour deadlines, crises of conscience, disheveled men on payphones, pneumatic tubes delivering drafts to the copy desk and the money shot of the linotype machine.

When The Times beats The Post to the punch, Bradlee and crew race to the street to cut open stacks of papers with a penknife. Pages of The Times fly through the air, like furtive bats. A newsboy almost gets hit by a Yellow Cab trying to find out what The Times’ Sheehan is working on. Beads of sweat on twitchy Robert McNamara (Bruce Greenwood) dot his brow at even the toniest of parties. Press conferences with cameramen shooting on film, Walter Cronkite, deadpanning from a black and white Zenith, Bradlee’s size 12 feet on his desk and hanging up a rotary phone with a pencil are all part of the fun. The Post keeps it tight and keeps it moving. Because there is much at stake. When Bagdikian meets Ellsberg in a motel room to get the documents, he books a flight to DC and even buys a seat for the most famous copy job of all time.

At a recent talk at the American Writers Museum in Chicago, Daniel Ellsberg held a riveted audience as he took them through how he physically removed the Papers from the Rand Corporation and how the
threat of prison followed him for a very long time. His psychiatrist’s office was even broken into by the bumbling jewel thieves and gangsters who later became the Watergate Plumbers.

Did it all happen the way it unfolds in “The Post?” We must believe that it did, in order to believe it can happen again. Haldeman, Ehrlichman, Colson, Liddy, Bannon, Miller, Sessions, Conway. “The Post” reminds us that the job of the press is to tell the story, no matter how sordid it is and where it leads. Follow the money, as Deep Throat says. 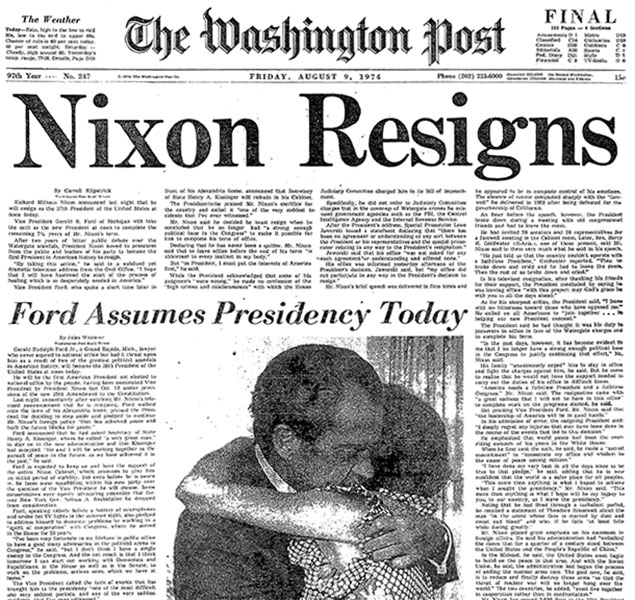 Let’s let the press do their jobs again.

Kathy O’Neill is a writer, journalist, special events producer and publicist. She works for the Irish American Heritage Center in Chicago. She has worked in editorial and production for the Democratic National Convention, “Nightline,” “Good Morning America” and “World News Tonight with Peter Jennings.” She lives in the Avondale neighborhood of Chicago.

Spielberg’s ‘The Post’ Will Have You Cheering For a Thom McAn Shoebox That Time Black Panther Came To Georgia And Kicked Ku Klux Klan Ass!