Welcome to Eldredge ATL: A Special Note To Readers 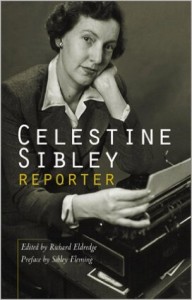 One morning in 1999 over coffee in her office, a few weeks before she died at age 89, Atlanta Constitution reporter Celestine Sibley brilliantly boiled down her 60-year journalism career for me. “Letting the people know,” she explained. “It’s really a holy cause. Time after time, in the middle of corruption and disgrace and bad politics, I’ve seen people come through and do for people. I write about someone in trouble and someone else rallies to help them. Through reporting, things can change.”

Celestine’s words have echoed in my heart over the past few months as we’ve prepped the launch of Eldredge ATL, a new daily digital magazine for Atlantans. At our core, that’s what we will strive for each day.

With fewer and fewer journalists covering our city’s vibrant arts, entertainment and cultural scenes, Eldredge ATL was created to tell some of these lost stories. I want to bring readers fascinating, fun and positive stories you won’t find elsewhere. The goal is to create content you’ll be glad you took the time to read, content you’ll want to share with friends and neighbors and content that advertisers will want to support.

Over the past 25 years of reporting in this city, I’ve built an impressive network of sources and I’ve built trust. The goal with this digital magazine is to leverage those relationships, my knowledge of Atlanta and the trust I’ve accumulated to tell great stories.

Very few journalists in this city are fortunate enough to have an ongoing conversation with readers for two and a half decades. I respect that relationship greatly. From day one, I’ve always viewed my job as working for you.

Through our comments section, social media posts and email, you’ll have an opportunity to tell me what you like and who I need to write about next. I started Eldredge ATL to better serve you. That’s why I got into this business and it’s what’s kept me happy doing this work for so long.

The idea behind Eldredge ATL is to hard-wire the DNA of traditional print journalism (complete with the Society of Professional Journalists Code of Ethics, Strunk & White’s Elements of Style and the Associated Press Stylebook) with the immediacy of digital publishing. Eldredge ATL is about building an audience of discerning readers who want more substance from local media and publishing stories that best represent the uniqueness of the city we call home.

Throughout my career, I’ve benefited greatly from working in newsrooms and magazine offices filled with bright creative journalists who taught me the value of collaboration and the importance of varied viewpoints. In an effort to continue the spirit of that collegial newsroom, I’ve created the Eldredge ATL Editorial Advisory Board you’ll see listed on our About page. It’s a board consisting of some of the finest media figures I’ve ever had the pleasure of working or interacting with in this city. As digital media continues to evolve, I’ll rely on their feedback and input to ensure that Eldredge ATL always delivers the highest quality journalism to you.

Related  'They Require Such Firmness': That Time Celestine Sibley Got Parenting Advice From Joan Crawford

As the work progressed behind-the-scenes on the debut of Eldredge ATL, I kept thinking about Humphrey Bogart’s monologue in the 1952 drama “Deadline U.S.A.,” (arguably the finest newspaper movie ever made that’s not “All the President’s Men”). The speech beautifully articulates why I’m still dedicated to committing acts of journalism when so many of my colleagues have transitioned to other endeavors. In the film, Bogart plays Ed Hutcheson, the crusading managing editor of The Day, a gutsy but by-the-book newspaper about to be sold for spare parts because it refuses to sacrifice journalistic principles in order to keep pace with changing consumer demands. In 2015, perhaps fittingly, this 20th Century Fox film classic is only available in the U.S. via a Spanish language Blu-Ray import.

As The Day’s ink-stained scribblers hold a wake for their cherished paper at the neighborhood watering hole, Bogart’s Ed Hutcheson is approached by a wet-behind-the-ears journalism school graduate named Joe, who is seeking work.

Hutcheson snorts and says, “Yeah, so is repairing watches. Nope, a profession is a performance for public good. That’s why newspaper work is a profession.” Hutcheson walks outside the bar, lights a cigarette and leans up against a newsstand displaying the late editions. After a thoughtful pause, Hutcheson says this: “So, you wanna be a reporter? Here’s some advice about this racket. Don’t ever change your mind. It may not be the oldest profession but it’s the best.”

The day that line doesn’t generate a lump in my throat will be the day I close my reporter notepad for good. Until then, please enjoy Eldredge ATL, where our daily mission will always be just this: “letting the people know.”